The Black & White of Stand Your Ground 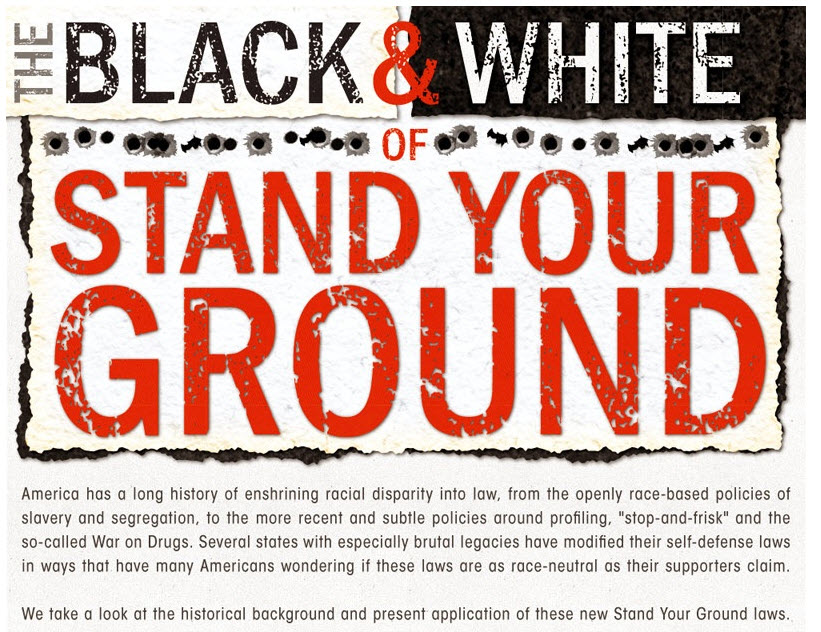 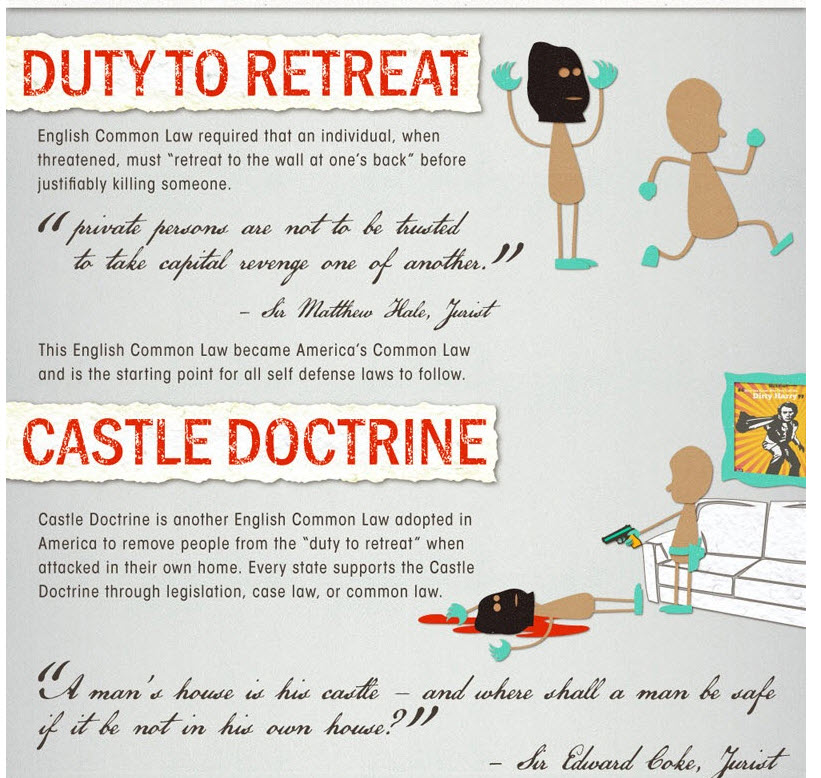 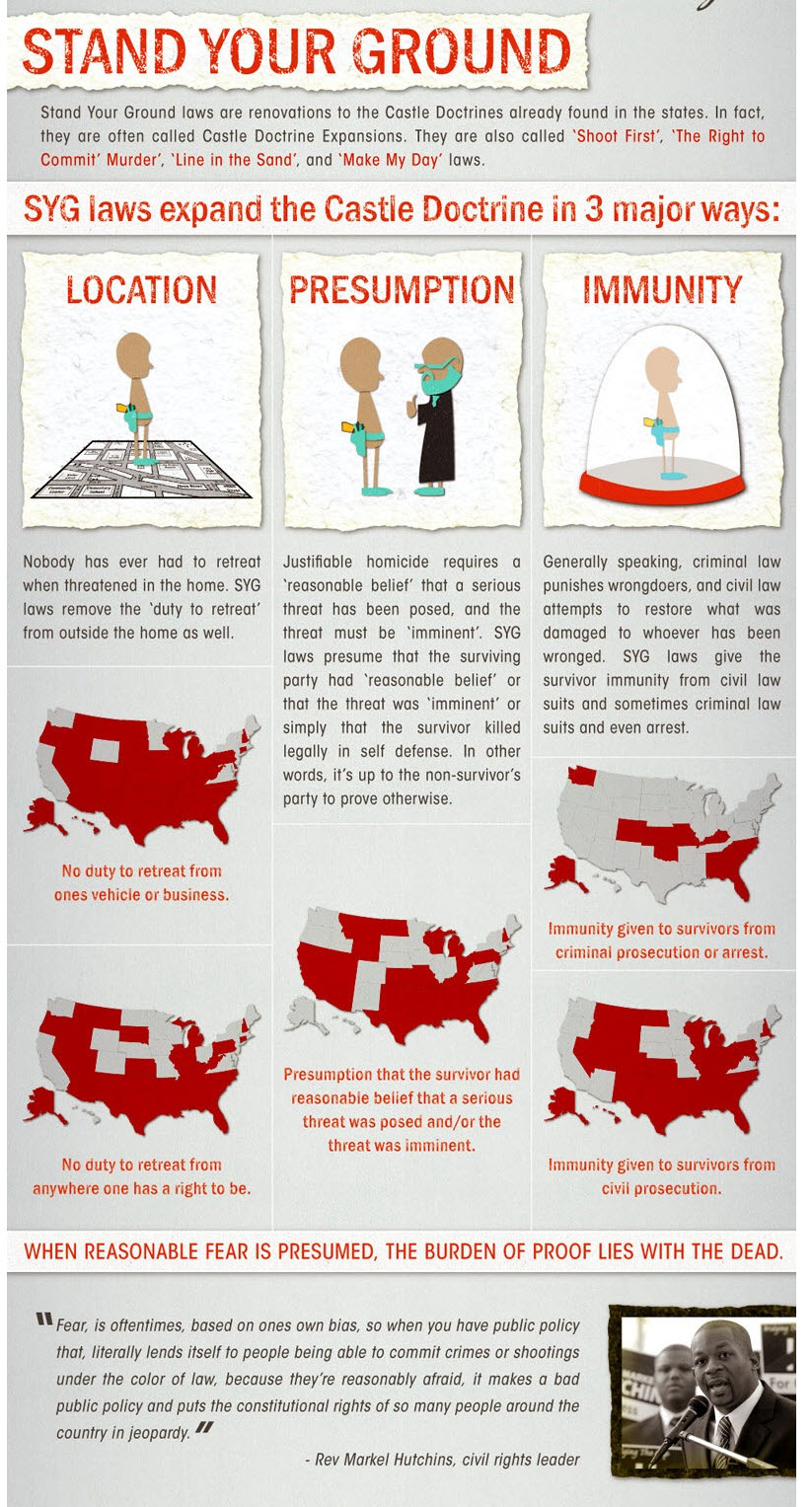 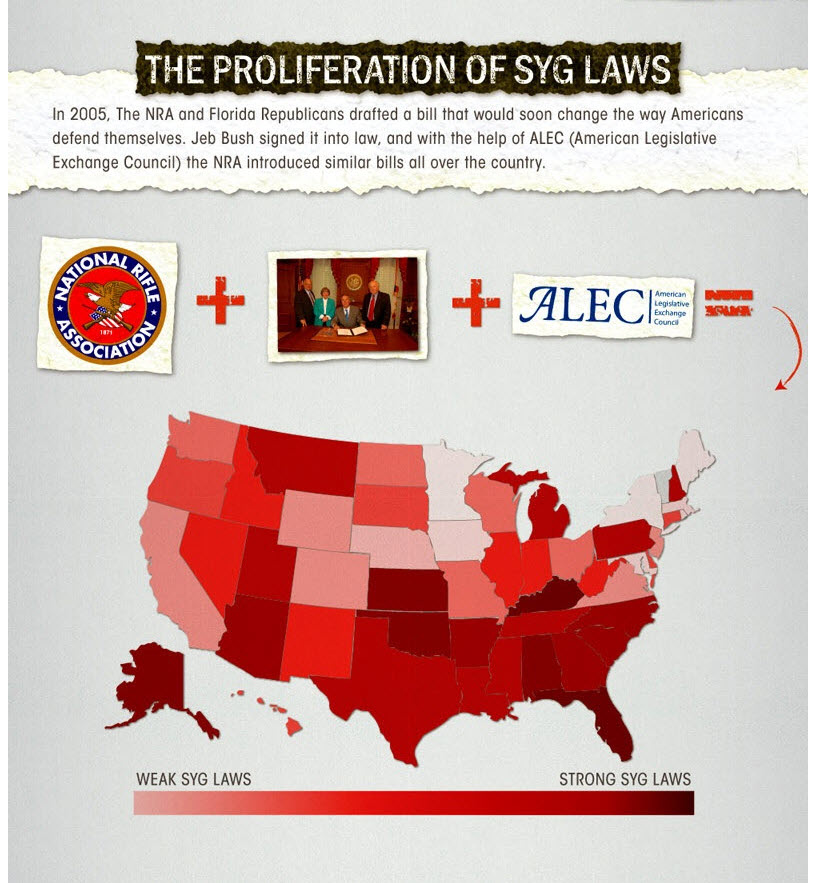 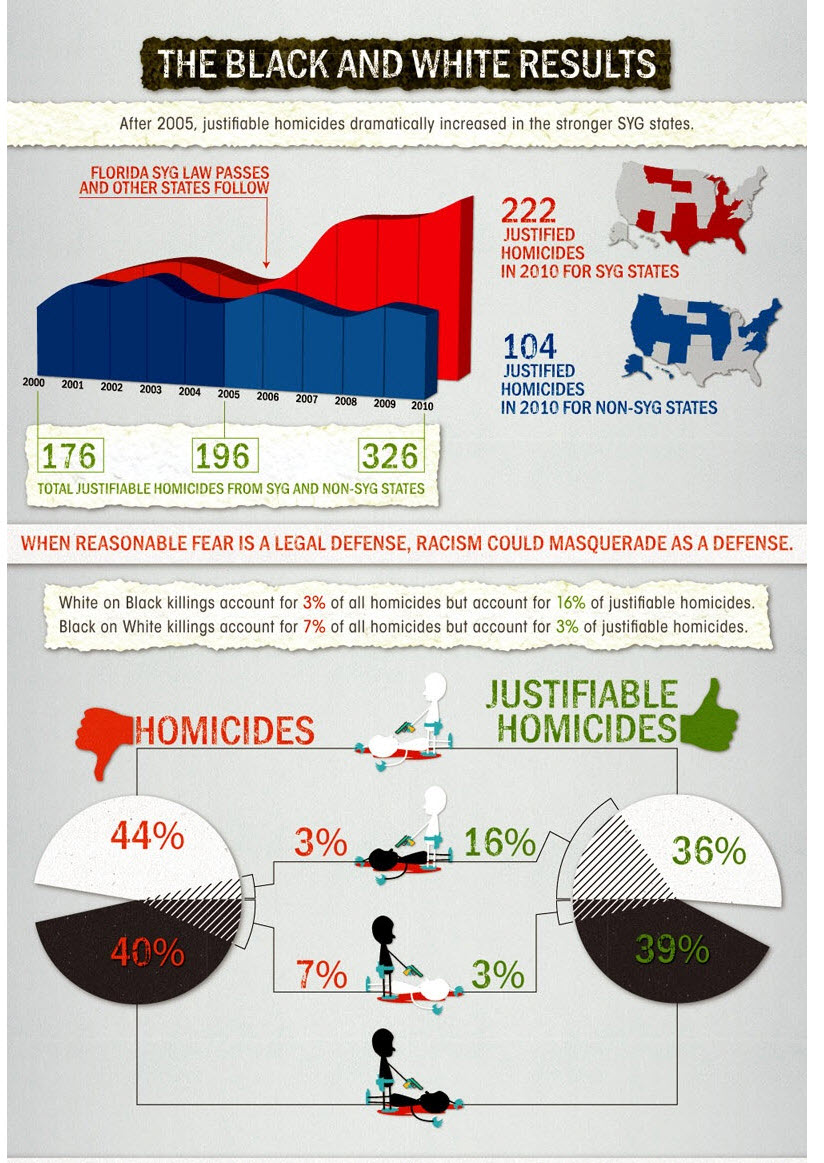 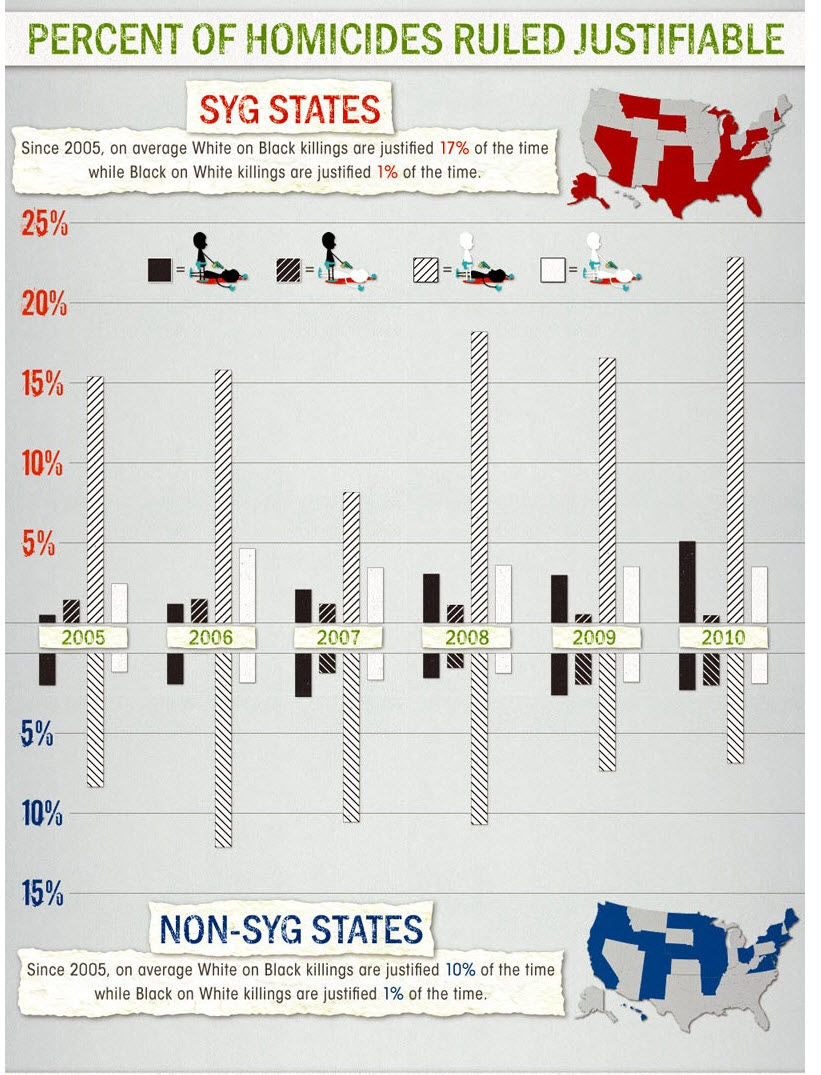 THE BLACK AND WHITE OF STAND YOUR GROUND

America has a long history of enshrining racial disparity in state and national laws, from the openly race-based policies of slavery and segregation, to the more recent and subtle policies around profiling, "stop-and-frisk" and the so-called War on Drugs. Several states with especially brutal legacies of institutionalized racism have reconfigured and enforced their self-defense laws in ways that have many Americans concerned that these laws may not be as race-neutral as their supporters claim. We take a look at the historical background and present application of these new Stand Your Ground laws.

English Common Law required that an individual, when threatened, must "retreat to the wall at one's back" before justifiably killing someone. Only the crown could kill someone and justify it. Everyone else had to get a pardon from the king if they killed someone. The only way to do that was to prove that you did everything you could not to kill someone.

"private persons are not to be trusted to take capital revenge one of another." - Sir Matthew Hale, Jurist

This English Common Law became America's Common Law and is the starting point for all self defense laws to follow.

Castle Doctrine is another English Common Law adopted in America to remove people from the "duty to retreat" when attacked in their own home. Every state supports the Castle Doctrine through legislation, case law, or common law.

"A man's house is his castle -- et domus sua cuique est tutissimum refugium" (and where shall a man be safe if it be not in his own house?) -Sir Edwar Coke, The Institutes of the Laws of England, 1628.

Everywhere else, one must try to retreat when threatened if it is safe to do so, before committing to killing someone in self defense.

Stand Your Ground laws are renovations to the Castle Doctrines already found in the states. In fact, they are often called Castle Doctrine Expansions. They are also called 'Shoot First', 'The Right to Commit' Murder', 'Line in the Sand', and 'Make My Day' laws.

These are laws that extend the castle doctrine in several different ways:

Location - Nobody has ever had to retreat when threatened in the home. SYG laws remove the 'duty to retreat' from outside the home as well.

Threat - Some states don't require there to be a 'reasonable belief' that a serious threat has been posed or that the danger be 'imminent'.

On October 1, 2005, the NRA (former President and current lobbyist, Marion P. Hammer) and Florida Republicans (Senator Durrell Peadon and Representative Dennis Baxley) drafted a bill that would soon change the way Americans defend themselves. Jeb Bush signed it into law, and with the help of ALEC (American Legislative Exchange Council) the NRA introduced similar bills all over the country. The law did five major things:

In SYG states, the odds that a white-on-black homicide is ruled to have been justified is more than 11 times the odds a black-on-white shooting is ruled justified.

Lynching is a form of punishment for presumed criminal offenses, performed by self-appointed commissions, mobs, or vigilantes without due process of law.

When most of the states that support Stand Your Ground laws are the same as the above states, it's no wonder many Americans are concerned about the black and white of stand your ground.

"Fear, is oftentimes, based on ones own bias, so when you have public policy that, literally lends itself to people being able to commit crimes or shootings under the color of law, because they're reasonably afraid, it makes a bad public policy and puts the constitutional rights of so many people around the country in jeopardy." -The Reverend Markel Hutchins