Death by Boarding School: "The Last Acceptable Racism" and the United States' Genocide of Native Americans

For the survivor who chooses to testify, it is clear: His duty is to bear witness for the dead and for the living. He has no right to deprive future generations of a past that belongs to our collective memory. To forget would be not only dangerous but also offensive; to forget the dead would be akin to killing them a second time. 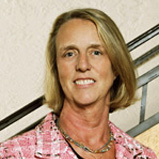 Not that long ago, white administrators of Indian boarding schools told our children that the "Indian in you shall die." This kind of treatment and forced thinking has a lasting generational effect. It can be difficult to break through that type of programming. Many of our people, however, have shaken off these forced ideological shackles to speak the truth and demand long overdue respect. Our voice is getting louder.

Our words are being said with more frequency and emphasis. But people need to hear us. Societal racism should no longer be an ad hoc affair, which is routinely accepted when directed against a certain group. It should be universally condemned. Perpetuating past wrongs and dehumanizing concepts hurts everyone.

This last acceptable racism is rarely mentioned in the U.S. However, one day in a very small town in northern Minnesota, in an area that has been *139 economically depressed ever since the decline of the taconite and iron ore mining industry several decades ago, I watched two Native American men park a pickup truck in front of the local pawn shop.

I could tell the young men were Native Americans only because of the Bois Forte Band license plate on their truck; other than that, they looked, sounded, and acted like most of the other men in that rural north woods town. Upon reflection, of course, I realized that their skin was slightly darker than most residents of the town; I also began to notice that I did not see dark-skinned people working or shopping in any of the town's stores. My eye was untrained, a fact that I attribute to my upbringing in the Deep South, where I was in a small minority of white children who were raised by our parents to see and to protest (and refuse to accept) the prevailing racism toward African-Americans. The subtle differences in appearances between the Native Americans and the "whites" in Minnesota had gone unnoticed by my Southern eyes. But as we watched the young men take their chain saws into the pawnshop that day, my husband remarked that men in northern Minnesota who hock their chain saws must be in pretty bad shape, because how could they survive, let alone make a living, without such tools?

*140 The image of these two young men stayed with me, and led me to ask why and how the local Native Americans had been reduced to such dire straits in this rugged and isolated northern Minnesota town. As I began to pay attention, I realized that the Bois Forte people, whose reservation lands are so close to the town of Cook, were largely invisible. They were not in the post office, not in the bank, and certainly not in the restaurants or on the motorboats on the lake.

How this group of Native Americans lost their livelihoods, their self-sufficiency, and much of their own history and culture, in a relatively short time, symbolizes the last acceptable racism in the U.S. Even the name "Bois Forte Band" is a product of the federal government; the indigenous peoples of North America certainly did not use such labels for themselves. There are many factors that contribute to mainstream acceptance of racism against Native Americans. This article only examines the role played by the United States' Indian boarding schools in the genocide of Native Americans--genocide that destroyed a people physically just as much as it did culturally, decimating families, communities, and traditions--using the Bois Forte Band of the so-called Chippewa tribe in northeastern Minnesota to provide a context for the analysis. The Indian boarding school system examined in this article bears no resemblance to the handful of currently operating boarding schools that are scattered across the country. For example, the Chemawa school in Oregon has been in operation in some form since the late 1800s, but in its present form it requires that applicants submit a lengthy application not unlike a college application, and the school's philosophy statement explicitly recognizes that the students' ability to adapt to change must be "interwoven with reverence and the inclusion of traditional Native American tribal cultural values." This is a far cry from the old "kill the Indian, save the man" philosophy of the original Indian boarding schools.

Part one of this article provides an overview of why the United States, since its inception, has felt not just entitled but obligated to make every effort to bring about the complete annihilation of those peoples who were indigenous to this continent. It is not the goal of this article to chronicle the many, many ways in which the United States' people and government have abused, cheated, deceived, murdered, and decimated those people who were here before the first *141 Europeans arrived on this continent. Instead, this article aims only to demonstrate that the use of the Indian boarding schools was an act of genocide under international law, particularly with regard to the Bois Forte Band of Ojibwe. This narrow focus is the result of a conscious effort to avoid unnecessary stereotyping; every member, of every band, of every tribe of Native Americans is an individual human being, whose experiences are unique and personal. There is no point in casting a wide net that tries to snare all of those experiences and lifetimes in one neat package. As noted elsewhere, "Native peoples are not a monolithic group. Each indigenous nation has its own story to tell with regard to human rights violations." Part one of this article also provides a summary of the history of the Bois Forte band of Native Americans. It will especially reference the ongoing intergenerational trauma created by the federal government's mandatory boarding school "education" for the band's children, designed not to educate those children but, instead, to instill in them the whites' belief that everything "Indian" was bad, inferior, and evil.

The second part examines the development of the international human rights norms regarding genocide as a crime against humanity, and demonstrates why the United States' use of Indian boarding schools meets every definition of genocide, whether ratified or customary international law. Part three looks for a solution, and examines the Canadian government's response to its own system of residential schools for the Natives in Canada, including monetary reparations and a Truth and Reconciliation Commission. Canada's response stands in sharp contrast to the United States' complete lack of response, and this article suggests that even an inadequate response is better than none at all.

*142 Finally, the fourth part calls for the federal government to adhere to its international human rights law obligations to prevent and punish genocide in all its forms. The U.S. attitudes that ignore the past and permit the "last acceptable racism" are indeed the same thing as killing the dead a second time.