Asian-Americans are a model minority.

Asian-American immigrants to the U.S. have been highly self-selected 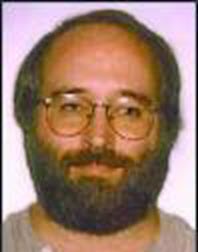 Asian immigrants to the U.S. tend to be already highly educated and from the middle or upper class, for a number of reasons. Thus, they get a completely different start in life in the U.S. compared to other minorities. Although Asians achieve a much greater degree of success in the U.S., the "model minority" stereotype is a myth because Asian-Americans still bump into the glass ceiling, receive lower pay even with the same qualifications, and have higher poverty rates. The image of boat people escaping the ravages of war and communism to take full advantage of American opportunities is also a myth, in that Southeast Asians actually have the lowest success rate of all Asians.

Supporters of affirmative action argue that discrimination and racism have held down minorities in the U.S., and that affirmative action is needed to correct it. In response, critics ask: "If blacks and Mexicans are being held down by discrimination, then why do Asians come to this country and do so well for themselves?" According to this myth, Asians immigrate to America with little or nothing, often as boat people fleeing communism, and through hard study and work become even more successful than European-Americans. Their success would suggest that the U.S. does not really discriminate against minorities.

Supporters of the "model minority" myth cite many statistics in their favor. For example, among college-bound seniors in 1989, Asian-Americans had a high school grade point average of 3.25, compared to 3.08 for all other students. A study of 7,836 high school students in the San Francisco area found that Asian-Americans spent 40 percent more time doing homework than non-Asians, a fairly common finding. (1)

Although it is true that an unusually high percentage of Asian-Americans have enjoyed success in the United States, large parts of the "model minority" stereotype are a myth, and cannot be used in debates on affirmative action.

We should first note that Asian-Americans form one of our smallest minorities:

When the percentage is this small, many factors can skewer the composition of a minority. Indeed, this turns out to be the case.

Unlike blacks, Asians have migrated to the U.S. voluntarily. The forced capture and transport of Africans means that the U.S. black population is more likely to be a true cross section of African society, whereas Asians, who migrate voluntarily, tend to be self-selected. What type of voluntary immigrant would take residence in the U.S.? Naturally, those who could afford to make the trip. For immigrants from neighboring nations, like Mexico, this is relatively easy, a matter of crossing a land border. Again, this would tend to make the U.S. Hispanic population a true cross section of its original society. Asians, however, must be able to afford a trans-oceanic journey. Not surprisingly, those who could afford such a trip would tend to belong to their homeland's middle and upper classes.

In a thorough study of Houston's Asian American population, Dr. Stephen Klineberg confirmed what sociologists have long known about the advantaged backgrounds of Asian immigrants. "The survey makes it clear that Asians have been relatively successful in Houston primarily due to the educations and middle class backgrounds they brought with them from their countries of origin," Klineberg says. "One of the key messages from the survey is that we have to discard the 'model minority' stereotype that is so often applied to Asians in America. [It overlooks] the fact that a high proportion of Asian immigrants come from an occupational and educational elite." (5)

Furthermore, U.S. immigration policy has long been discriminatory, favoring immigrants with professional skills and higher education. (6) This policy began as early as 1907, when President Theodore Roosevelt and the Japanese government negotiated a "Gentlemen's Agreement" restricting the exit of unskilled Japanese laborers to the United States. (7) Asian immigration has been heavily restricted for most of this century, and has only recently become liberalized.

Other aspects of the myth

The above income chart shows that Asians make the nation's highest median family income. But this statistic doesn't tell the whole story. Asian families have a higher percentage of their members employed in the workforce, so their family income is naturally higher. Also, the U.S. Census does not distinguish between Japanese-American citizens and Japanese residents in the U.S. who maintain their Japanese citizenship. Therefore, this figure includes many highly paid Japanese businessmen in the U.S. on extended business. (8)

Asian-Americans aspiring to job promotion are also familiar with the "glass ceiling." According to the U.S. Commission on Civil Rights, Asian-American men born in the United States are 7 percent to 11 percent less likely to hold managerial jobs than white men with the same educational and experience level. Median income for Asian-Americans with four years of college education is $34,470 a year, compared with $36,130 for whites, according to the U.S. Census Bureau. (9)

Also, many people who buy into the "model minority" myth do not realize that income inequality is severe within the Asian-American community. In 1994, the individual Asian-American poverty rate was 15.3 percent, compared to a national rate of 14.5 percent, and a white rate of 12.2 percent. (10) In fact, the poverty rate for Asians in Los Angeles, San Francisco and New York is nearly twice as high as that of whites. (11) Leaders of the Asian-American community complain that, because of the "model minority" myth, their poverty programs have been drastically underfunded compared to other communities. Thus, needy cries for help among Asian-Americans are going unmet.

Many who subscribe to the "model minority" myth also presume that Asia is a homogeneous society with a shared family and work ethic. Actually, Asia is a land of 27 different countries, sharply delineated by oceans, culture, language, religion and economic systems. This produces wide disparities in the success of Asian immigrants. The following chart shows the percentage of Asian-Americans over twenty-five years of age who have completed four or more years of college and who live below the poverty line:

Notice these groups come from Southeast Asia. Many believers in the "model minority" myth claim that Asians have succeeded so well in America because they escaped the ravages of war and communism, and are thus highly motivated to take full advantage of the opportunities offered in America. However, the above chart gives lie to this myth.

It is true that many Asian cultures, like China and Japan, have traditionally placed a very high value on education. However, Asians have historically used education to create an intellectual caste system. Those who proved themselves went on to receive more education, while those who failed were relegated to menial labor. Higher education was not a universal right, but a test of caste membership. As we have shown above, Asian immigrants to the U.S. tend to come from the middle and upper classes.

Finally, there are many who believe that Asians excel because they have the highest IQs in the world. But there is no evidence to support this assertion. One study, conducted by Harold Stevenson, tested the IQs of children in Japan, China and America, carefully matching them for socioeconomic status and demographic variables. He found no differences in IQ. (13) Another set of studies conducted by Richard Lynn supposedly found a higher IQ in Asians, but his research has been heavily criticized on methodological grounds -- among other problems, his Asian test group was tiny and unrepresentative of the population at large. (14)

In the U.S. during the early 1900s, Asians -- like Jews -- scored much lower on IQ tests than native whites. Their tests scores improved over time as highly educated immigrants continued arriving in the U.S., and their social positions improved. (15)

Given the above information, it is difficult to hold Asians up as members of a model minority who have pulled themselves up by their own bootstraps. Asian immigrants to the U.S. tend to be more educated and affluent than the compatriots they leave behind. They generally have not suffered extreme poverty, racism, legal discrimination or hateful prejudice within their own nations. Compare this to black Americans, who have struggled with these problems for hundreds of years. The two groups have experienced completely different starts in the U.S., and cannot be compared to each other.

The model minority myth does a disservice to Asian-Americans, because it suggests they do not need, nor could benefit from, affirmative action. As we have seen, the glass ceiling exists for this minority as well, not to mention the poverty and income inequality that afflict all other groups of Americans. Unfortunately, the myth blinds others to these realities.