Moving Towards an Impartial Judiciary: Recommendations to Prevent and Discipline Judicial Bias 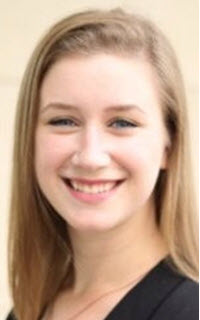 The role of the judicial branch of the United States government is to “interpret[] the meaning of laws, appl[y] laws to individual cases, and decide [] if laws violate the Constitution.” Citizens expect, and the Judicial Conduct Code mandates, that judges arbitrate neutrally. A paradox arises because judges are humans, yet remaining entirely neutral while assessing the persuasiveness of one argument against another is a near-impossible task for a human. Everyone has implicit biases; one's experiences and identity shape one's reactions to race, sex, religion, and age, for example. However, society and the law expect judges to act outside of those implicit biases. When a judge fails to put aside his or her implicit bias in a ruling, a party may seek to hold him or her accountable. More often than not, parties do not seek to hold him or her accountable, and judges remain unpunished for bias in the courtroom.

Judicial bias is tricky; a simple accusation is not sufficient to hold a judge accountable. After all, parties often label judges as unfair and biased any time a case is not decided the way the party hoped it would. Consequentially, public discourse is quick to blame unfavorable decisions on judicial bias. Attorneys should be well-versed on the differences between unfavorable decisions and biased decisions. Unfavorable decisions are inevitable in nearly every case because the adversarial nature of litigation requires a winner and a loser, whereas biased decisions are unfair and prevent impartial justice. While attorneys would be unwise to report a judge based on a merely unfavorable decision, attorneys have an affirmative duty under Model Rule 8.3(b) to report judges who play favorites; evince racial, gender, or sexual orientation insensitivity or bias; or behave abusively or arbitrarily from the bench. However, attorneys are often hesitant to act on this duty due to a variety of competing interests, such as the impact it may have on the attorney's relationship with the judge. As a result, judicial bias goes unreported more often than not.

This paper argues for several areas of reform for judicial bias enforcement.

First, Part II provides background information regarding the implications of elected and appointed judgeships, both of which inevitably bring politics and bias into the judicial system.

Part II also explains the rules and procedures intended to prevent judicial bias and the avenues that attorneys and their clients may pursue to prevent or punish judicial bias.

Next, Part III argues that elections and appointments result in a biased judiciary, that the existing rules and procedures fall short of holding judges accountable, and that the existing process for sanctioning judicial misconduct is inconsistent to properly punish bias.

Part IV proposes a variety of solutions, including (1) that the Model Code adopt a judge fitness provision, (2) that the Supreme Court adopt a code of conduct, (3) that the Judicial Code of Conduct protect attorneys who report judicial bias, and (4) that the Model Rules for Judicial Disciplinary Enforcement replace aspirational language with binding language for sanctions for misconduct.

Finally, Part V concludes that the current ethics system does not prevent judicial bias and that the best means to protect parties and attorneys is to amend the Model Code.

The founding fathers intended a neutral judiciary and the Model Code has slowly moved in this direction. Amendments to the Model Code only recently prohibited sexual harassment, demonstrated bias against sexual orientation, and membership to discriminatory clubs such as Augusta National. However, the judicial system is far from ensuring impartial justice.

An ideal judicial system would be entirely neutral. It would encourage the election and appointment of fit judges who are aware of implicit bias and set it aside to arbitrate neutrally. When implicit bias becomes express, attorneys should be protected and motivated to report such misconduct. Once an attorney reports the bias, the culpable judge should receive a predictable and fair sanction. This standard is the framework of the American legal system-- we look to case precedent for guidelines of punishments and sanctions that are predictable and fair. The same standard should apply to judicial misconduct. A judicial system with these changes would provide all people the opportunity to receive impartial justice.