A Racial Trust: The Japanese YWCA and the Alien Land Law 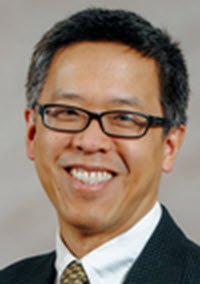 In 1996, the San Francisco YWCA decided to sell a building that it owned, it believed, in fee simple. Almost sixty years ago, the building had been the site of the so-called “Japanese Branch” of the YWCA. Currently, the building houses a daycare center that primarily serves the Japanese American community. Other community service organizations provide programs in the building as well, and not all of the programs serve the Japanese American community. These organizations lease space on the property from the San Francisco YWCA. The building is located in an area that was, prior to World War II, a thriving residential community called Japantown.

The legal theory pursued by the Japanese American community was the product of recovered collective memory. In negotiating to purchase the building, there was a sense among some in the community that Japanese Americans had raised money for the property. It was like folklore: Many of the Sansei, third-generation Japanese, just had the impression that their Issei, or immigrant grandparents, had been involved in raising money for the Japanese “Y.” The churches in particular had an inkling that they had played a part in raising funds for the property. When asked, the Nisei women, or second-generation Japanese, remembered their mothers holding fundraisers to support the Japanese YWCA. Community members began to research the minutes of the San Francisco YWCA, thinking that there might be some moral argument for an offset against the purchase price if they could find out how much money had been raised.

The story that emerged is that of a Japanese immigrant community of Issei women who, despite considerable hardship and oppression in 1921, managed to play an active role in building their community by raising the money to purchase and establish a community center. Out of this story came a legal theory--that in order to accomplish this goal in the face of racially restrictive land ownership laws, they were required to place their emotional and legal trust in a charitable organization run by white people.

The racial prerequisite for citizenship was legislatively repealed in 1952. However, it was never ruled unconstitutional. Although it may seem like there is little doubt that a racial prerequisite would withstand scrutiny today, others have noted that the plenary power doctrine giving Congress wide latitude in immigration matters is still adhered to, notwithstanding its origin in the racially repugnant Chinese cases.

The Chinese Exclusion Act was upheld. Congress' plenary power over immigration matters remains to this day. Exclusionary immigration laws were legislatively replaced by a quota system and ultimately by a relatively neutral system in 1965.

In 1923, the U.S. Supreme Court decided four cases upholding the Alien Land Laws in every respect. The reasoning was basically that these were not racial distinctions but citizenship distinctions established by Congress. There is a certain logic to the idea that certain important resources like agricultural property ought to be controlled by those more likely to have an interest in the welfare of a state, and the state might decide that those ineligible for citizenship--a decision made not by the state but by the federal government--should not be able to control that resource. It is cruel logic, however, when this is applied against people prohibited by law from becoming citizens based on a racial prerequisite. Unfortunately, it is logic that foreshadows the Japanese American internment cases. In this context, it is perhaps easier to see how the Court could later be convinced that a determination based on military intelligence and racial suspicions regarding the loyalty of aliens ineligible for citizenship was appropriate.

It was not until 1948, after World War II, that the U.S. Supreme Court ruled on narrow grounds that the rights of American citizen children of Japanese immigrants were violated by the Alien Land Laws when their ownership was presumed invalid based on the national origin of their parents. The Court suggested in dicta that the entire act might be invalid. The California Supreme Court took the hint and overturned the law as unconstitutional and the legislature ultimately repealed it. Nevertheless, the U.S. Supreme Court technically never found the laws unconstitutional.

The San Francisco YWCA currently claims that it is using the 1830 Sutter Street building as its headquarters. They are also claiming that the Soko Bukai will not assure that the African American community in the vicinity of the building is served, reminiscent of the racial triangulation invoked over a century ago in the debates over Asian naturalization and suffrage. While the YWCA has entered into settlement discussions with members of the Japanese American community, the parties have not been able to reach an agreement. Trial is currently scheduled for July of 2001.