I am an Affirmative Action Baby! (Vernellia R. Randall) 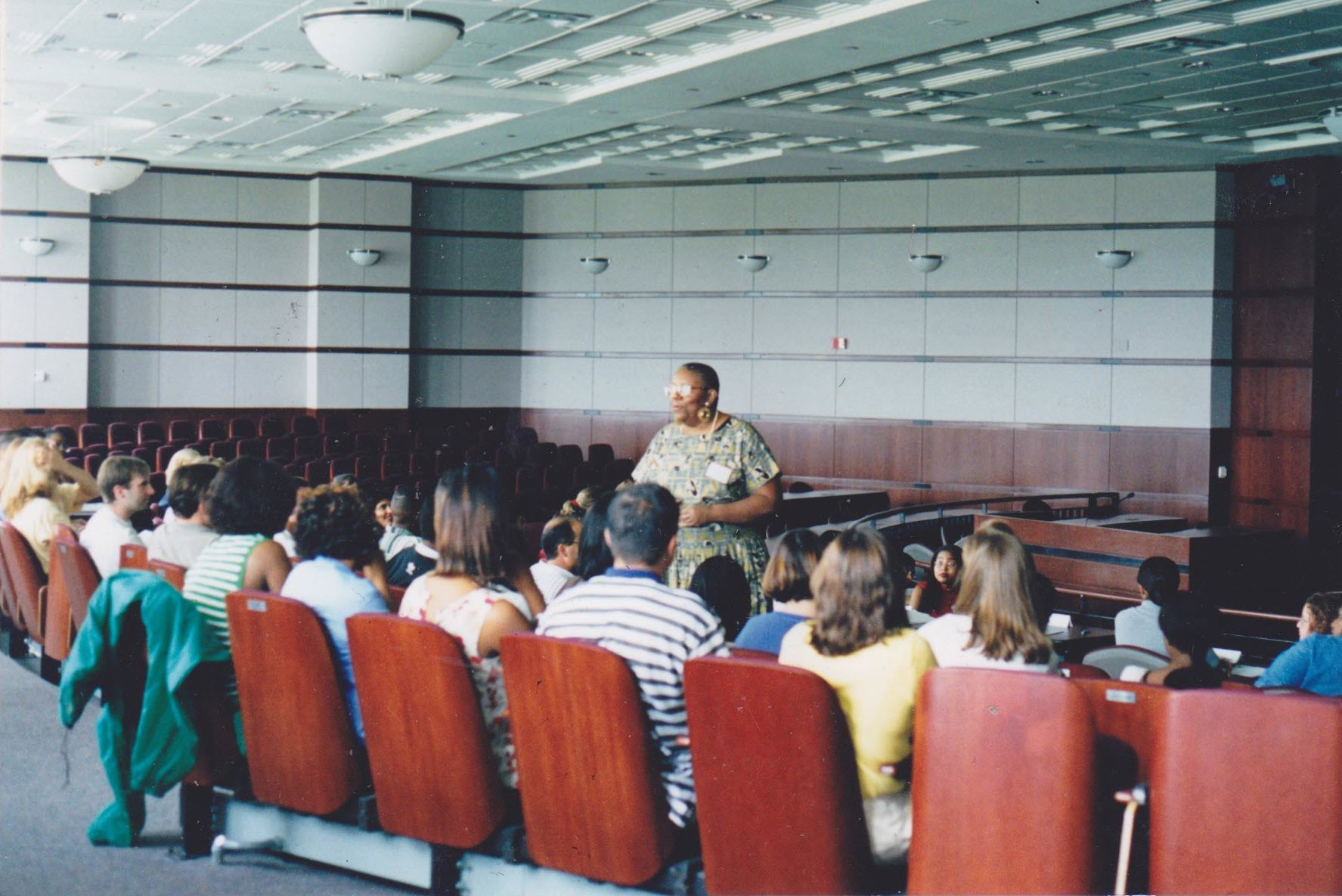 Daddy was an Affirmative Action Baby! hallelujah! In 1954, when the Supreme Court ruled on Brown v. Board of Education, I was eight years old going to a segregated school in Texas. My Dad, who had graduated from Jarvis Christian College, (a historically Black college in 1949), was working as a laborer. Jobs for college-educated blacks were scarce. It wasn't until 1960 that my Dad got his first job using his college degree. It was in Muleshoe, Texas. He taught in a two-room for black kids. Then, in 1962 Daddy got his first "white job", he worked for the federal government on a Native American reservation and then in Job Corps.

I was an Affirmative Action Admit! Amen! I continued to go to all-Black schools. In 1966, I graduated from George Washington Carver High School, an all-black high school. I was one of the first Blacks to attend Amarillo Junior College. In 1968, I transferred to the University of Texas at Austin. I didn't have the highest grades or a high SAT. I graduated from an "inferior" high school. Yet, I was admitted to the University of Texas to increase the number of Blacks attending the school. In 1973, when I decided to attend graduate school in Nursing, I was denied admission at the University of Washington. I drove to Seattle and meet with the Dean. When I asked her how many Blacks she had in the program and she said none... I couldn't help but blurt out "then what's it going to cost to take a chance on me." She did and I graduated. In 1984, I was the only African American in my law school class. At each of the schools, I had lower admission stats than the average white student. However, I always outperformed my "stats". When I graduated from law school, I graduated 11th in the class of 170.

I was an Affirmative Action Employee! Thank you Jesus! Almost every job I have had has been because of Affirmative Action. My first job as an emergency room nurse. . . My job as a public health nurse. . .as a state administrator for maternal-child health. . . as a lawyer in a large defense firm in Oregon. . . . and now as a law professor. Probably the only exception was my job as a nurse practitioner for a poor, predominantly black community in Seattle. I know that some people will think that I have some advantage - being a "Double Minority" - that is a woman and an African American. I have not found that to be so. For instance, although I graduated 11th in my law school class, had two master's degree, 13 years of work experience, elected to the Cornelius Honor Society by the Law School faculty and recommendations from the Dean of the Law School - - I still only had one job offer late in the hiring process. While the white male counter-parts (with lesser qualifications) had 2 or 3 job offers.

Thank God for Affirmative Action! Today, when people opposed to affirmative action, speak of it. . . they usually mean. . quotas the use of absolute floors or ceilings for the selection of women or minorities. Quotas are the least used and under current law, they are permitted only under highly unusual circumstances.

. . . but affirmative action is (and has always been) much more.

I have benefitted from all forms of Affirmative Action. I do not suffer from stigma or shame. When white people look at me and say " you are an affirmative action hire" my answer is you are so right. . and aren't you ashamed that . . . a person as talented, gifted and as qualified as my self . . . still needs assistance to have access to jobs, and educational opportunities." Aren't you ashamed . . . that African Americans, Hispanic Americans, Native Americans, and Asian Americans are still limited in their access to jobs and education solely because of the color of their skin".