Corporal Punishment in the United States: Abolishment under the Civil Rights Act of 1964 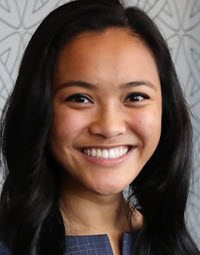 The idea of corporal punishment stems from the Victorian Era concept of in loco parentis. This common law doctrine explains the role of the state in contexts where government actors stand “in the place of a parent” by exhibiting “guardianship qualities of a parent.” In the classroom context, corporal punishment is defined as “an educator intentionally inflicting pain on a student as a punishment to modify behavior.” Advocates for and against corporal punishment present differing justifications for the practice. Many opponents argue that such punishment should not be imposed by the state upon students on the basis of legal and moral reasoning. However, many of the arguments in support of corporal punishment stem from parents', school administrators', and teachers' personal “opinions and feelings.”

Public schools that still use this traditional form of punishment typically have a deep-rooted, cultural history of the practice. Compelling evidence of racial disparities exists in the enforcement of school policies on corporal punishment and physical restraints. This Note argues that regardless of the offered justifications, corporal punishment inherently discriminates against racial minorities. Therefore, the use of corporal punishment in public education violates the Civil Rights Act of 1964 (“CRA”) and should be abolished for several reasons.

Title VI of the CRA provides that: “No person in the United States shall, on the ground of race, color, or national origin, be excluded from participation in, be denied the benefits of, or be subjected to discrimination under any program or activity receiving Federal financial assistance.” Under this provision, essentially all public schools in the United States must abide by Title VI of the CRA because “[t]he U.S. Department of Education gives grants of financial assistance to schools and colleges and to certain other entities, including vocational rehabilitation programs.” The intent of the CRA explicitly prohibits all forms of discrimination against the enumerated protected classes.

Alternatively, Part V further argues that absent federal intervention, the remaining states permitting the practice should: (1) abolish corporal punishment through state legislation or jurisprudence; (2) limit school district discretion by providing a uniform standard; or (3) improve public schools in such a way that would decrease the amount of corporal punishment imposed. The purpose of Title VI calls for the state to protect racial minorities from injustices in the classroom, and corporal punishment is an egregious, discriminatory form of injustice that inhibits racial minorities from fully experiencing a right to education.

The history of corporal punishment clearly illustrates that such disciplinary methods are a detriment to the educational experience and should be wholly abolished. Educators should teach students to resolve conflicts at school with alternative methods rather than resort to violence. Congress should amend Title VI of the Civil Rights Act to protect racial minorities in our public school system by allowing them to have a private right of action for unintentional discrimination. Absent any federal regulation, there has been a call to action for state governments to address the issue, claiming that these “decisions about whether to harm young children [are left] to local leaders, educators, or even parents.” The issue of disproportionate impact on racial minorities who experience corporal punishment calls for necessary disciplinary reform in the education realm that is long overdue.

Title VI should be used as a sword, not a shield, to protect vulnerable populations as it was originally intended. The American public entrusts government leaders to uphold and enforce the laws that past generations put in place to provide legal redress. Without such enforcement, inherent discrimination in the disciplinary process will continue to fester in American public schools--an issue that our federal government aimed to address decades ago with the desegregation of public schools. Absent recognition that corporal punishment should be wholly abolished, the federal government should work to create a legal remedy for individuals who experience disproportionate impact in the enforcement of corporal punishment policies in federally funded public schools. If the federal government refuses to do so, states should act to either abolish or limit such discretion granted to school districts. The future of America is relying on our legislators, judges, and advocates to address these injustices.