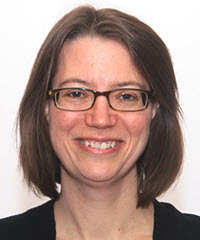 For over twenty years, scholars and family defenders have decried the persistent racial disparities of the American child welfare system, which intrudes on, separates, and permanently severs Black and Indigenous families at significantly higher rates than white families. As recent calls for racial justice have swelled in the face of police violence, community activists and advocates are working to highlight the analogies between abuses of power by law enforcement and abuses by child welfare authorities, and to bring the momentum for change to a field in which racially skewed outcomes have proven frustratingly intransigent. A shocking fifty-three percent of Black children's homes are investigated by child welfare officials. These investigations routinely involve degrading and traumatic invasions. Not only are these families subjected to more government surveillance, but Black children are also substantially more likely to be separated from their parents by the child welfare system than white children. It is profoundly troubling that the well-established harms associated with taking children from their homes are inflicted disproportionately on Black families.

In light of the long and shameful history of separating non-white children from their families, some of the work ahead will certainly entail directly addressing racial bias in decision-making. Yet implicit bias training (the favored response of government agencies) and efforts to make policies colorblind can never be enough. True redress of the longstanding racial harms of the child welfare system will require steps that go well beyond training and entail scrutinizing the legal rules that too commonly stack the deck against innocent parents. Often the rules that cause the most harm have no explicit markers of racism. If one of the critical points in understanding structural racism is recognizing that it is embedded in ways that make racist outcomes appear to be the result of neutral processes, we must vigorously reassess those processes.

This piece, which is intended as the first in a series of such efforts, identifies one relatively modest step that could be taken to improve legal doctrine to promote racial justice in the child welfare system. The legal rule--an aspect of the res ipsa loquitur doctrine used in child abuse cases-- does not single out Black families, but it falls far harder on them because every legal rule that works poorly in the child welfare system falls hardest on Black families. The case example I will use to illustrate the legal issue involves a mother named Simona D. It is not necessary to the legal point at issue that Simona D. is a Black woman, but it is far from incidental. Simona D. lives in New York City, where more white than Black families live, but where Black children are thirteen times more likely to go into foster care. Understanding this racial context both makes it more urgent to address the legal problem and helps explain why it has not yet been addressed.

Dismantling structural racism in the child welfare system will require legislative and policy change. At the same time, it is important to recognize that lawyers and judges have a critical role to play in fighting for racial justice within existing statutory law by raising the bar for interpreting and implementing that law. If the harms of a legal rule are falling disproportionately on disadvantaged groups, that should be a call to vigorously question whether the rule is as good as it should be. One useful strategy is to examine how similar legal rules play out in arenas that impact more privileged litigants. Another critical strategy--perhaps so simple as to seem trite--is for advocates to help judges and opposing parties understand a legal rule as they would understand it if it were being imposed on their own families. I will argue here that applying these strategies to the res ipsa loquitur doctrine in child abuse cases leads to the conclusion that the doctrine should be modified to ensure it is fault-based and consistent with traditional understanding of the preponderance of the evidence standard.

Our ability to protect children from harm has benefitted greatly from importing res ipsa loquitur principles developed in tort law into the realm of civil child protection. There is, however, even greater reason to be careful in child abuse cases than in others to prohibit res ipsa claims from spreading liability where there is no showing of culpability. It is critical to preserve a fault-based approach to child protection in order to avoid the harm to children and families of government overreach into the sacred realm of parent-child relationships. We must keep at the forefront recognition that government intervention in family life always comes at significant cost.

There are sound reasons to diverge from the exclusive control requirement of tort law to ensure the ability to protect children given how frequently they have multiple caretakers, and there are times when it may be appropriate to treat parents as a unit for purposes of culpability. But there is no justification for veering away from the fundamental idea that liability established through res ipsa doctrine is grounded in fault.

This means that in cases in which there is prima facie res ipsa evidence of child abuse against multiple respondents, courts have the unenviable, but imperative responsibility of determining whom the evidence establishes is to blame. These determinations may not have the certainty we would wish, but there is no better alternative available than for courts to make the best informed, most thoughtful assessments of fault they can.

Returning to the starting point of this article, smuggling in a legal rule is particularly dangerous when we know that whatever rule is used will be imposed disproportionately on Black families. At a minimum, we need transparency so the doctrine can be fully and fairly assessed and so that all the parties involved can understand the rules under which they are operating. For a child protective system to claim it is fault-based, but then impose liability on parents of color who are faultless--not because courts unavoidably err at times, but because that outcome is baked into the legal rule--is to ensure that Black families experience the system as unjust. And if we take seriously the idea that structural racism is noxious to those who hold positions of privilege as well as those it oppresses, we should also be concerned that the current doctrinal direction ensures that those of us who support the current system are imposing a regime we would experience as unfair were it imposed on those we care most deeply about. As with many steps that could be taken to improve the implementation of child welfare law, modifying the current approach to res ipsa loquitur doctrine would not only benefit the families directly affected, it also would fortify the broader principles to which our child welfare system aspires.