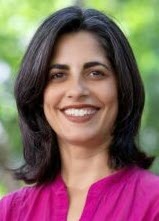 In “Making Sense of Security,” J. Benton Heath pushes the reader to tangle with two unresolved foundational questions about the use of security in international law: who decides questions of security, and on what grounds. This essay examines the role of race in both of those questions, identifying structures and mechanisms of racial subordination that must be surfaced to fully make sense of security. In particular, it foregrounds the tension between reformist reforms and abolitionist reforms to which Heath makes reference. By rendering visible the historical and contemporary work performed by white supremacy in security, this essay seeks to elucidate and problematize that dilemma. Rather than retaining the exclusionary security frame, a turn to solidarity offers the possibility of a more inclusive approach to international law that creates connection based on our shared humanity.

Heath helpfully conceptualizes security as a “continuing struggle over epistemic authority” and he elucidates central challenges that arise from this insight. Given the power that security wields to entrench or disrupt, he foregrounds the importance of the epistemic question: “it matters whose knowledge we are privileging, and how.” Heath highlights the lack of accessibility, democracy, and responsiveness of security institutions, and underscores the struggle waged by those whose knowledge is undervalued, primarily non-state actors. He describes a pluralist approach to security that might enable a shift away from “emergency power and institutionalized expertise,” thereby leaving “the state radically decentered.” These are all key contributions to the literature, persuasively presented. This essay considers Heath's fundamental questions--who decides, and on what basis--through the lens of race.

Given its history and contemporary use as a mechanism of racial subordination as well as its inherent orientation toward exclusion, it may not be possible to salvage security. The security institutions that have for many years perpetrated and justified the exclusion of people of color should be exposed and upended rather than infiltrated. Security as a justification for legal decisions should be treated with deep skepticism and constrained through carefully crafted legal standards. Rather than fighting security with security, which risks legitimizing “its militaristic and carceral approach,” those seeking the emancipation of people of color through international law might turn to solidarity as a means to forge connection, support, and understanding. Solidarity as a framework can be used to build connection through a shared sense of purpose--a common humanity--and to critique rather than commandeer state violence. Instead of justifying blanket criminalization of all actors who facilitate migration, a solidarity-based approach might question the legal institutions that exclude many migrants of color from lawful migration routes, and highlight the human costs of border externalization. Making sense of security through a race lens clarifies that the path toward decolonization and anti-racism must step away from security and toward solidarity.