The Dangerous Few: Taking Seriously Prison Abolition and its Skeptics 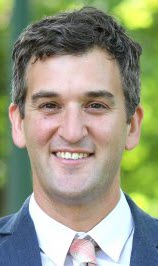 In the 1970s, with prison populations a fraction of their current size across much of the planet, prison abolition was more than a possibility--to many, it seemed inevitable. Consider the perspective of one federal district judge, in a published opinion, in 1972:

I am persuaded that the institution of prison probably must end. In many respects it is as intolerable within the United States as was the institution of slavery, equally brutalizing to all involved, equally toxic to the social system, equally subversive of the brotherhood of man, even more costly by some standards, and probably less rational.

In retrospect, the widespread assumption that the prison had “lost its raison d'être” was premature.

In the last two decades, however, prison abolitionism has enjoyed a resurgence, both as a rallying cry for activists and as a focus of sustained scholarly inquiry for geographers, sociologists, philosophers, radical criminologists, and others. Legal academia, however, remained curiously impervious to these developments.

Until recently. Over the last half-decade, legal scholars have begun grappling with the challenges and promises of prison abolition. In a 2015 article entitled Prison Abolition and Grounded Justice, Professor Allegra McLeod provided the first sustained discussion of prison abolition in legal scholarship; in the 2019 Foreword to the Harvard Law Review's Supreme Court Term issue, Abolition Constitutionalism, Professor Dorothy E. Roberts cemented abolitionism's place in elite academic legal discourse. A small flood of related scholarship-- either expressly adopting an abolitionist lens, or at least responding to abolitionist critiques--has now appeared in leading law reviews. Both the Harvard Law Review and the UCLA Law Review have dedicated symposia to furthering abolitionist perspectives. Abolitionists' “'fugitive’ knowledges,” it seems, have finally begun infiltrating even the most rarified spaces of mainstream legal academia.

Today's law students (who, of course, are partially responsible for generating, editing, and promoting such scholarship) seem curious about, and receptive to, abolitionist interventions. It's not just that they have been exposed to scholars like Professors Angela Davis and Ruth Wilson Gilmore in mainstream newspapers, magazines, podcasts, and memes. Their political consciousness has been shaped by two nationwide protest movements centered on racial justice, state violence, and the broader operation of criminal law: those in 2014 and 2015 after the killing of Michael Brown, and those in the summer of 2020 after the killings of Ahmaud Arbery, Breonna Taylor, and George Floyd. More than two million prisoners (roughly a third of whom are Black) have been incarcerated in the United States at some point throughout their lives, and these historically unprecedented numbers have proven untethered to the vagaries of crime rates. Younger people especially seem to be asking deep and fundamental questions about criminal law: in July 2020, a Gallup survey reported that thirty-three percent of respondents aged eighteen to thirty-four “strongly supported” or “somewhat supported” proposals to “abolish police departments” (with enthusiasm much higher among nonwhite respondents generally). And yet, as Professor Alice Ristroph has argued, the basic way that we teach criminal law to these students--the canonical account of criminal law that generations of legal professionals have received--has remained unchanged since the mid-twentieth century.

Perhaps as a result, then, conversations about prison abolition seem to begin and end with some version of the following exchange:

Abolitionists typically have several different answers they might then offer, and this is, of course, unsurprising; abolitionists “don't hold one uniform vision.” But often these standard answers are less than satisfactory to the skeptic: they either offer too few assurances or present watered-down versions of abolitionism that recast the project in decidedly reformist terms. Even those firmly within the abolitionist camp have acknowledged that this issue (the problem of “the dangerous few” constitutes a “spectral force haunting abolitionist thought,” a topic that inevitably arises “as soon as abolitionist discourses navigate towards the programmatic and enter the public arena.” And it remains surprisingly undertheorized.

This Essay offers two main contributions to the burgeoning dialogue around abolition: it (1) maps the ways in which prison abolitionists most frequently respond to the challenge of “the dangerous few,” and (2) proposes alternative ways in which the question could be more productively answered (or, less charitably, parried). To be sure, these responses do not settle the debate, and I do not expect or intend to provide solutions that fully mollify the skeptic. But I also hope to make the case that the absence of a bulletproof rejoinder is not a reason to dismiss the abolitionist project. Rather, this Essay proceeds from three assumptions: first, that prison abolitionism has much to offer both criminal law scholars and those interested in criminal justice reform (especially those wary of the project's radical aims); second, that inadequate attention to the problem of “the dangerous few” pretermits more meaningful engagement with abolitionism; and finally, that legal scholars have something important to contribute to this discussion.

Perhaps most importantly, as with each of the other rejoinders I've advanced here, these are conversations we should be having anyway. For decades now, we have been moving toward a paradigm where actuarial risk assessments manage penal sanctions, where violent crime has ceased to be just an important political issue, and instead has become a core organizing feature of contemporary governance. The specter of “the dangerous few” has been haunting criminal law discourse in the United States for a long time, with disastrous results. Emphasis on paltry crime clearance rates foregrounds an important point that abolitionists often make: “If incarceration worked to secure safety, we would be the safest nation in all of human history.” Of course, it does not follow that prison abolition is necessarily the solution. But perhaps renewed attention to this issue--to the ways in which we chronically misapprehend the magnitude of the risks we already endure (and turn to criminal law for solace)--can be one of many fruitful conversations the abolitionist challenge provokes.

To be sure, the alternative responses I have advanced here are partial and incomplete answers to the skeptical interlocutor. But my hope is that they may persuade the skeptic that there is more to abolitionism than might meet the eye, and that the lack of a fully satisfactory answer to the question of “the dangerous few” shouldn't by itself render the abolitionist project incoherent or worthy of dismissal.

To the contrary, the (overdue) arrival of abolitionist perspectives in legal academia has generated a rich and diverse scholarship on a range of topics-- challenging everything from how we think about the Reconstruction Amendments to the drawbacks of body-worn cameras. It has insisted upon the necessity of grappling with the afterlives of slavery and settler colonialism if we are to understand (and dismantle) “today's carceral punishment system” and centered important questions of political economy and theories of the state within the criminal law debate. Our thinking about the criminal law, and the movement to end mass incarceration, is richer for these provocations. Rather than an awkward question to be dodged, a debate about “the dangerous few” is as good a place as any to begin this dialogue.