My Brother's Keeper, My Sister's Neglector: A Critique and Explanation of Single-sex Initiatives for Black Boys

Excerpted From: Laura Lane-Steele, My Brother's Keeper, My Sister's Neglector: A Critique and Explanation of Single-sex Initiatives for Black Boys, 39 Columbia Journal of Gender and Law 60 (Fall, 2019) (218 Footnotes) (Full Document) 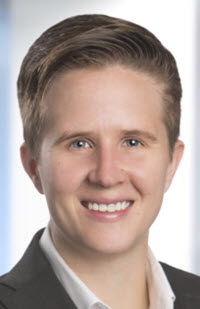 Washington, D.C.'s first all-male public high school, Ron Brown, opened in August 2016 with a mission to improve Black boys' "disproportionate rates of graduation, suspension, attendance, student satisfaction, and performance on college readiness exams." But the impetus for creating this school extends further than troubling academic statistics--many people in the Black community and beyond are urgently seeking ways to reduce the large numbers of Black boys and young men who are killed or incarcerated. As one mother of a Ron Brown student said of her son, "I'm really scared for him, really scared. And I just feel like there is nothing else I can do." Faced with the fear of losing her son to prison or the morgue, she hopes Ron Brown can help keep him out of both.

Ron Brown is just one of hundreds of public single-sex schools charged with the mission to improve the lives of Black boys. But single-sex schools are not the only initiatives striving towards this goal. President Obama's My Brother's Keeper initiative, created in 2014, called on local communities to address the academic, career, and criminal justice barriers faced by Black boys and young men. Since then, most U.S. cities have taken up the My Brother's Keeper challenge and created or funded initiatives for young men of color, specifically Black boys. These resulting initiatives vary but tend to focus on mentorship, educational interventions, job training, and/or college readiness. Millions of public and private dollars and significant amounts of political capital have been invested in improving the lives of Black boys through these single-sex schools serving primarily Black boys and My Brother's Keeper-like initiatives (together "single-sex initiatives"). Black girls, on the other hand, have been left out. Despite facing many of the same problems as Black boys and unique challenges of their own, far less money and political will has been devoted to improving the lives of Black girls.

The Article is structured as follows.

Section I provides background on why sex segregation is being employed as a racial justice strategy in the first place. It then demonstrates that Black boys are in fact receiving disproportion intervention.

Section II makes three independent arguments against these initiatives. First, there is no evidence that sex segregation works to ameliorate the problems these initiatives target. Second, given the significant disproportionality of resources spent on Black boys versus Black girls, one would expect there to be a large statistical gender gap on the measures these single-sex initiatives seek to address. There's not. With the exception of imprisonment, Black girls' educational and career outcomes are similar to Black boys', and on other measures, they perform worse. Third, even if these initiatives did work to improve academic, career, and/or incarceration outcomes, they should still be avoided because all-male environments tend to perpetuate and reinforce destructive forms of masculinity. As such, these single-sex initiatives have great potential to harm Black women and girls, gender non-conforming individuals, and gender-conforming Black boys who participate in these initiatives.

Section III offers an explanation for why this disproportionality exists. First, it employs critical race theory to argue that the increasing and disproportionate number of single-sex initiatives for Black boys and young men is a product of a larger, historically-based discourse that is rooted in a familiar narrative that restoring white patriarchal norms to Black families and communities is key to racial equity, thus privileging the needs of Black men over those of Black women. It also posits that the broader narrative that "all boys are in crisis" plays a role in fueling the "Black boys are in crisis" narrative that underpins the justification for many of these initiatives.

Section IV predicts that these initiatives will continue to proliferate and the current unfairness to Black girls will be exacerbated for two reasons. First, the law--specifically Title IX and the Equal Protection Clause--does not necessarily provide a legal remedy for the unequal treatment of Black girls in this context. Second, even if there is a viable legal argument in support of ending disproportionate intervention, there is insufficient political will to end the use of sex segregation as a tool for ending racial oppression. Given the blatant exclusion of Black girls, progressive politicians and institutions that supposedly champion gender equity should be advocating for the inclusion of women. Yet, they have been largely silent in this debate.

The Conclusion of this Article argues that these same-sex initiatives should be replaced with coeducational interventions designed to ameliorate the effects of institutional racism and white supremacy on young Black people of all genders. It also explains that creating proportionate single-sex initiatives for Black girls is not an adequate remedy because although this solution would ameliorate the current unfairness to Black girls, it would not fully cure the harms of sex segregation.

There is no doubt that Black boys experience tremendous amounts of systemic and individualized racism that have significant detrimental effects on their educations and their entire livelihoods. However, this experiment of single-sex initiatives that are disproportionately offered to Black boys is both ineffective and unfair. Sex-specific approaches to racial equity do not make sense when young Black people of all genders are significantly behind their white peers.

Indeed, the gaps between Black students' (of all genders) and white students' educational outcomes is and always has been the most glaring and entrenched gap in education. This is the gap that must be attacked. As opposed to the comparison across Black boys and Black girls, there are no close calls or complications when comparing white students' outcomes with those of Black students. For example, white people are almost two times as likely as Black people to have bachelor's degrees (42.9% vs. 22.7%). This gap was smaller in 1970 (17.3% vs. 10%). High school graduation rates are almost 20% higher among white people than Black people (81.8% vs. 63.6%). The gap between white students' and Black students' SAT scores is about 100 points per section: critical reading 528 vs. 430, mathematics 533 vs. 425, writing 511 vs. 415. This list could go on endlessly, as there is certainly no dearth of evidence proving the existence and persistence of this gap. Thus, to use tax dollars, political will, and institutional momentum to create disproportionate single-sex initiatives for Black boys that exclude Black girls is both unfair to Black girls and makes little sense when any Black boy/Black girl statistical gaps pale in comparison to the white/Black gap.

This Article's opposition to these initiatives is not rooted in an opposition to an investment in racial justice. Rather, this opposition is motivated by a desire for more effective and equitable investments in racial justice policy initiatives. These initiatives need to be directed at all students of color, not just boys; they should avoid exacerbating sexism, sex stereotyping, and the reinforcement of dominant masculinity; and they should, whenever possible, be based on sound empirical evidence. To be sure, alternative interventions must still address the issues that disproportionately impact Black boys and men, namely mass incarceration. Indeed, focusing on educational outcomes can have a positive effect on mass incarceration, as there is a close correlation between risk of incarceration and education level. Black men who have a college degree have less than a 10% cumulative risk of imprisonment, while Black men who do not have a high school diploma have over a 70% cumulative risk. But these programs must be open to Black people of all genders.

Alternatives that meet these criteria include school-based mentorship programs, childcare centers for parents with children, and mental health/social work services. Mentorship programs have been found to reduce drug and alcohol use, school absenteeism, and violence and to increase GPA. School-based childcare centers can improve student parents' GPA and reduce absences. And school-based mental health services tend to decrease absences, class failures, disciplinary referrals, and unnecessary referrals into special education and to increase GPAs.