Bankrupting Tribes: An Examination of Tribal Sovereign Immunity as Reparation in the Context of Section 106(a) 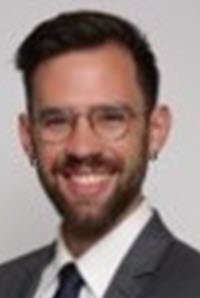 Section 106(a) states that “notwithstanding an assertion of sovereign immunity, sovereign immunity is abrogated as to a governmental unit to the extent set forth in this section with regard to the following ....” To understand whose sovereign immunity is abrogated by this section, one must consult the definitions section of the Code. This section defines the term “governmental unit” as “[the] United States; State; Commonwealth; District; Territory; municipality; foreign state; department, agency or instrumentality of the United States (but not a United States trustee in a case under this title), a State, a Commonwealth, a District, a Territory, a municipality, or a foreign state; or other foreign or domestic government.” Only two federal circuit courts have considered the issue of the treatment of tribal immunity in the context of section 106(a), and these courts reached markedly different conclusions. In the more recent case, Buchwald Capital Advisors, LLC, the Sixth Circuit held that section 101(27) of the Code did not explicitly mention tribal governments as “governmental units” whose sovereign immunity was abrogated. The Court determined that the tribe retained its sovereign immunity and that it did not waive this right in adversary proceedings simply by filing a bankruptcy petition. Accordingly, the case was dismissed. in Krystal Energy Company, the Ninth Circuit held that section 106(a) explicitly revoked tribal sovereign immunity for matters within the Code because tribes were “domestic governments” and therefore fell under the umbrella of “governmental units” as defined by section 101(27). The circuit split on this issue has yet to be clarified by the Supreme Court. Without clarification the issue lacks national uniformity, which makes it difficult for both Native Nations and their creditors to make decisions about how to approach bankruptcy.

While only two federal circuit courts have considered this issue, recent case law from lower federal courts around the treatment of tribal immunity in the context of section 106(a) demonstrates a modern trend towards maintaining tribal immunity. In In re Whitaker, the Eighth Circuit Bankruptcy Appellate Panel affirmed the bankruptcy court's decision to maintain sovereign immunity for both the Lower Sioux Indian Community and its subsidiary, Dakota Finance Corporation. The Lower Sioux Indian Community and the Dakota Finance Corporation owed debtors in a bankruptcy case tribal revenue payments in accordance with the Indian Gaming Regulatory Act. The trustee of the bankruptcy estate sought to garnish the revenues of the tribe and its subsidiary for the benefit of the estate and its creditors. The court held that the trustee was prevented from doing so because the sovereign immunity of the Lower Sioux Indian Community was not abrogated by section 106(a) and that this sovereign immunity extended to the tribe's subsidiary. in Subranni, the bankruptcy court for the District of New Jersey held that a newspaper organized under the Navajo Nation Corporation Code could assert the privilege of sovereign immunity against a bankruptcy trustee who sought to recover preferential transfers made to the newspaper. The court held that section 106(a) did not include the Navajo Nation within the list of governmental units whose sovereign immunity was abrogated. Cases decided within the last ten years by lower courts favor the preservation of tribal immunity in the context of the Code. This modern trend weighs in favor of the interpretation of section 106(a) that is advocated in this Comment.

The modern trend of maintaining tribal immunity within the context of the Code is the correct interpretation of section 106(a) because precedent, congressional intent, and the historical relationship between the federal government and Native Nations favor it. The courts who have ruled this way focus on the language of section 101(27) and canons of statutory construction for support. Occasionally these courts will turn to congressional intent in the context of the Indian Reorganization Act to justify their holding. While these are legitimate arguments, they lack a comprehensive understanding of the complexities of the relationship between Native Nations and the federal government and how this history informs the doctrine of tribal immunity. Neither side of the debate comprehensively discusses the history of violence against Native Nations and the trend in federal Indian law towards righting those injustices. By failing to consider the full history, these courts weaken the doctrine of tribal immunity because they fail to qualify it as a form of reparations that encourages fairness and justice in the law.

Courts should hold that tribes retain sovereign immunity under section 106(a) of the Code. The language of the statute and the history between the United States government and Native Nations do not indicate an intention by Congress to abrogate tribes' sovereign immunity; additionally, Congress explicitly expressed an intention to encourage the political and economic growth of Native Nations, and tribal immunity can operate as a form of reparations for atrocities committed against Native populations. For purposes of this Comment, “reparations” is defined with a three-prong test: “recognizing and accepting responsibility for historic injustice; repairing present-day damage traceable to past injustice; and building productive group relationships.” This perspective on the law is correct because it is supported by precedent and legal argument and because it promotes justice by propelling Native Nations towards economic prosperity.

Tribal immunity should not be abrogated in the context of section 106(a) of the Code because the precedent around the revocation of tribal immunity demands either a clear and unequivocal abrogation from Congress or a clear intent to abrogate immunity from the Native Nation itself. Neither is present in this case.

Tribal immunity should not be abrogated in section 106 of the Code because the legal precedent dictates that this would be a mistake and the history of the relationship between Native Nations and the federal government demonstrates that the federal government intended the renewal of Native sovereignty as a form of reparations. Federal laws surrounding Native Nations demonstrate that Congress continually intends to encourage the economic growth of Native societies by granting them autonomy that gives them economic privileges, chiefly the privilege of sovereign immunity. Allowing the abrogation of tribal immunity in section 106(a) would go against the established relationship that the federal government currently has with Native peoples and would send a negative message about the way that the United States treats disenfranchised communities within its own borders.

The Supreme Court should grant certiorari to hear this case and should clarify within the decision that tribal immunity should be maintained within bankruptcy hearings; that section 106 of the Code does not abrogate sovereign immunity for Native Nations.