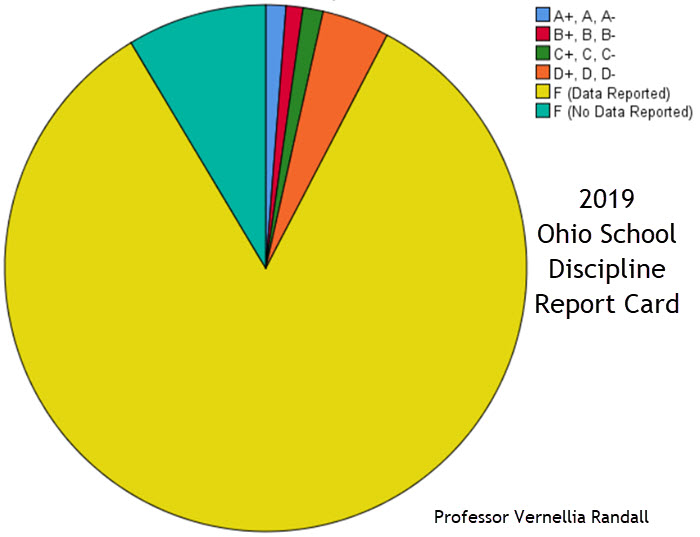 Some Ohio schools suspend students as early as pre-school, and unfortunately, suspensions are being handed out in a racially biased way. Further, schools send students home for non-violent and subjective offenses. Suspended students are more likely to be dismissed from school. [1]   Students who are suspended an/or dismissed from school are at an increased risk of incarceration later in life.[2] This phenomenon is called the School-to-Prison Pipeline.

The school discipline report card will educate the community, provide information as to how a school district/school is performing on the school to prison pipeline, and allow the community to compare one school against others on this critical performance metric.

The 2019  Ohio School Discipline report is based on data reported to the Ohio Department of Education. The discipline and enrollment data is for 2017 - 2018 and is the most recent data available as of  February 1, 2019.