The Law and Economics of Crime in Indian Country 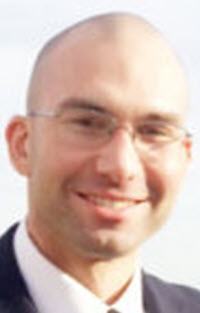 The role of race in law enforcement was before the United States Supreme Court in its 2021 Term. The case did not stem from the Black Lives Matter movement; rather, the case arose from a tribal police officer's encounter with a white man. Joshua Cooley pulled over on the state highway that crosses the Crow Reservation. Officer James Saylor of the Crow Nation Police Department stopped to check on the vehicle because cellular service was unreliable on the reservation, and he did not want to leave the driver stranded; he did not suspect foul play. After Saylor knocked on the truck's tinted window, it cracked open revealing a small child and a weary-eyed driver who “seemed to be non-native.” Cooley stated he was passing through the reservation after meeting either Thomas Shoulder Blade or Thomas Spang. Saylor knew both men and believed Spang was involved with narcotics. Suspicions raised, Saylor continued asking questions. Cooley grew frustrated, slowly lowered his hand, and froze into a “'thousand-yard’ stare.”

Saylor's training told him this was a sign of danger. He drew his pistol and ordered Cooley to raise his hands. Cooley obeyed. After obtaining Cooley's driver's license, Saylor tried to have dispatch search Cooley's name, but poor service prevented transmission. Saylor proceeded to inspect the vehicle and spotted a pistol where Cooley had lowered his hand moments earlier. Saylor ordered Cooley out of the vehicle. After Saylor patted him down, Cooley emptied his pockets, revealing bags of the type commonly used to transport meth. Cooley and the child were placed in the police car where Saylor contacted the Crow Police Department and the Bighorn County Sheriff because Cooley did not look Indian. While waiting for backup, Saylor went to turn off Cooley's truck. He discovered a pipe and meth. The Bureau of Indian Affairs (BIA) police and local sheriff arrived sometime later. The BIA officer asked Saylor to search the truck, and he discovered more meth. Cooley was arrested and charged with multiple federal crimes.

Cooley's defense did not focus on innocence or probable cause. Instead, Cooley built his defense on the premise that Saylor, and every other tribal police officer, lacked authority to search and seize non-Indians. The federal district court agreed, stating Saylor knew Cooley was not an Indian as soon as he saw him. The Ninth Circuit affirmed, though it noted appearance is not enough to determine whether a person is an Indian. The Ninth Circuit stated Saylor should have asked Cooley whether he was an Indian. In a unanimous opinion, the Supreme Court held tribal police had the authority to detain Cooley, but the Court's reasoning was the bigger surprise.

Rather than address the complications of tribal criminal jurisdiction, the Court relied on tribal civil jurisdiction to conclude tribes have the inherent right to detain non-Indians engaged in conduct that “threatens or has some direct effect on the political integrity, the economic security, or the health or welfare of the tribe.” This seemingly broad tribal authority had only been successfully invoked once at the Supreme Court. However, the victory may be pyrrhic because the Court did not recognize tribal authority at all. The Court merely held tribes can detain non-Indians for apparent violations of state and federal law--not tribal law. Additionally, the Court did not define what “detain” means, an issue that has long complicated Indian country law enforcement. In the end, Cooley did not solve much of anything. Public safety on reservations still turns on whether a person is an Indian.

On the other hand, criminals revel in the delays and uncertainties created by Indian country's jurisdictional maze. Reservations have become “rape tourism” destinations. Fleeing criminals literally laugh as they cross reservation borders. Due to this jurisdictional maelstrom, the United States Commission on Civil Rights has declared “Native Americans have become easy crime targets.” Consequently, Indians suffer crime at rates higher than any other group of Americans.

As a disclaimer, the law and economics approach used in this Article is not intended to detract from the systemic racism underpinning federal Indian law. Without doubt, federal Indian law remains shockingly racist; in fact, federal Indian law's ongoing use of racist principles has resulted in censure from the Inter-American Commission on Human Rights and the United Nations. Many Indian law principles are so bigoted that citing them presents serious ethical concerns for the contemporary lawyer. However, racism is a common topic in the federal Indian law literature. This Article's law and economics framing is intended to demonstrate that even if racism was not a factor, Indian country's criminal jurisdiction scheme would fail due to its extreme inefficiencies. These inefficiencies--particularly tribes' diminished criminal jurisdiction--are consequences of the outright imperial state of present-day federal Indian law.

Unfortunately, the facts of Cooley are not unique. While patrolling the Fort Berthold Indian Reservation, tribal police officer Nathan Sanchez discovered a disheveled sixteen-year-old girl on the side of the road. Sanchez approached the frantic girl. The girl said she was raped. Then she ran. Officer Sanchez chased after the girl--who was white. Upon catching the girl, Sanchez attempted the comfort her and wrapped her in a blanket. Among the first questions Sanchez was forced to ask the victim: “Was the man who raped [you] Indian?”

That law enforcement officers and victims must ask and answer this question in the twenty-first century United States is an outright disgrace. As former Coushatta Tribe of Louisiana Chairman David Sickey says, “Violence does not discriminate, and neither should our laws.” Until this changes, the laws and institutions underpinning criminal justice in Indian country will remain fundamentally flawed. Jurisdictional rules are supposed to be simple, and local communities are supposed to be the primary law enforcement authority. Hence, territoriality is the governing principle of law enforcement throughout the United States. Indian country should be no different. Although Cooley presented an opportunity to clarify Indian country's jurisdictional scheme, the Supreme Court chose to continue the inefficient status quo. Until something changes, economics projects high crime for Indian country.