Racial Innocence: Law, Social Science, and The Unknowing of Racism in the US Carceral State

Excerpted From: Naomi Murakawa, Racial Innocence: Law, Social Science, and the Unknowing of Racism in the US Carceral State, 15 Annual Review of Law and Social Science 473 (2019) (Literature Listing) (Full Document) 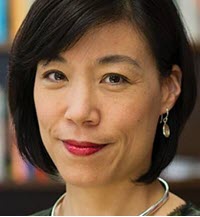 "It is not permissible that the authors of devastation should also be innocent. It is the innocence which constitutes the crime." So wrote James Baldwin in 1963, as the black freedom struggle forced a national reckoning with racial innocence. Racial innocence, practiced blamelessness for the death-dealing realities of racial capitalism, is maintained through willful ignorance, blame displacement, and liberal reforms. Ignorance here is no passive lack of information but an active discipline of denial armored in the "American Creed" and the triumphal insistence that we have overcome.

This article reviews the legal, social scientific, and reformist mechanisms that maintain the racial innocence of one particular site: the US carceral state. Racism is best understood as "the state-sanctioned and/or extralegal production and exploitation of group-differentiated vulnerability to premature death". By this definition, there is abundant evidence of racism in the carceral state. Police kill roughly 1,000 people a year, with blacks more likely to be killed even though they are less likely to be armed with a gun. The Black Lives Matter movement confronted the spectacular violence of police killings as but one manifestation of the carceral structures of slow death--police stops, arrests, fees and fines, imprisonment--all of which produce and exploit group-differentiated vulnerability to premature death. Each year the police make 18 million traffic stops; approximately 12% of all drivers are stopped, but fully 24% of all black drivers are stopped by police each year. Even without an "incident" of police brutality, normal police arrests are harmful. Even a low-level misdemeanor arrest record decreases the callback rate for entry-level jobs, and hence disproportionately high black arrest rates ultimately compound racialized wealth inequality. Approximately 6.8 million people are held behind bars or on probation or parole; of these, roughly 34% are black. Despite the Black Lives Matter national wake-up call in the summer of 2014, however, public support for police has since rebounded to preprotest highs, and a modest majority of 2016 white voters supported Trump's antiblack, anti-immigrant, anti-Muslim, law-and-order presidential campaign.

This article attempts to identify the overarching mechanisms that redefine, minimize, and legitimate the carceral state's production and exploitation of group-differentiated vulnerability to premature death. The next section introduces racial innocence and what I see as its three core mechanisms: willful ignorance, the invention of "the Negro problem," and liberal reformism. Each mechanism enables our collective unwitnessing of carceral devastation, as I explore in each of the three following sections. First, willful ignorance, enshrined in the law and replicated in prominent social science research, is an epistemology that begins with the presumption of no racism, searches for racism in narrow terms, and predictably concludes that there is meager support for "the discrimination hypothesis." Second, the invention of "the Negro problem," specifically the conflation of blackness with criminality, is an intellectual architecture that makes criminalization and caging seem necessary and even inevitable. Third, liberal reformism absorbs protest and affirms the false hope that well-intentioned carceral humanism can end the devastation.

Law and social science are implicated in constructing the carceral state, of course, but this article illuminated the legal and social scientific tools used to obscure the carceral state, to blunt our perception of its intrinsic dehumanization and its routine racism. Criminal law condones racial profiling, caging, and killing, while antidiscrimination law formalizes the presumption of racial innocence by tasking plaintiffs with the burden of proving intentional discrimination. Positivist social scientists practice the same willful ignorance by setting a null hypothesis of no racism, fastidiously separating racial from presumably nonracial factors, and then measuring "the race effect" instead of racism's effects. Social science has furnished a respectable statistical rhetoric of black criminality since the Progressive era, and this articulation of "the Negro problem" justifies carceral development and its racial disparity. In short, willful ignorance, invention of "the Negro problem," and liberal reformism secure the racial innocence of the US carceral state.

When Baldwin challenged "urban renewal," he staked a historically informed moral claim about race, place, and abolition, writing, "The people in Harlem know they are living there because white people do not think they are good enough to live anywhere else. No amount of 'improvement' can sweeten this fact ... A ghetto can be improved in one way only: out of existence." The same should be said of prisons. Prisons normalize the practice of creating separate and subordinate spatial, legal, and political universes for whole categories of people. Further still, the carceral state reaffirms the foundational fictions of racial capitalism--fictions of freedom through the sanctification of property, fictions of earned opulence and deserved deprivation. For these very reasons, abolitionist scholars insist that no amount of improvement can secure the innocence of the carceral state. Indeed, it is the pursuit of innocence that constitutes the crime.