Smoke but No Fire: When Innocent People Are Wrongly Convicted of Crimes That Never Happened 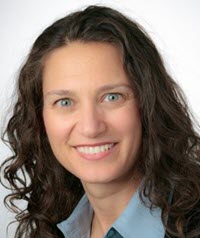 The most familiar wrongful conviction narrative is that of an innocent person who is wrongly convicted of a crime that actually happened. A woman was raped. A man was murdered. A child was assaulted. A house was deliberately burned to the ground. Drugs were bought or sold. In each of these scenarios, an innocent person was wrongly identified as the perpetrator of an actual crime. He or she was ultimately arrested, prosecuted, convicted and punished for a crime that he or she did not commit. These “real crime, wrong perpetrator” convictions constitute the majority of known wrongful convictions and provide compelling stories of “who dunnit” criminal investigations gone terribly and tragically wrong.

The conviction of a person for a crime that never happened seems more like a surreal scene from Kafka than a true story from the American justice system. Yet, no-crime convictions are all too real and happen far too often. As used in this Article, “no-crime convictions” refer to the scenario where a person was convicted of a crime that never actually happened, such as where a natural or accidental event was erroneously labeled a crime, or where a crime was fabricated that did not occur. in contrast, “actual-crime wrongful convictions” refer to the scenario where the wrong individual is erroneously convicted of a crime committed by someone else. Most wrongful conviction scholarship to date focuses on actual-crime wrongful convictions. This Article seeks to bring much-needed attention to the significant, but overlooked, phenomenon of no-crime convictions.

Part I of this Article explores the primary causes of no-crime wrongful convictions: official misconduct, the mislabeling of a non-criminal event as a crime, and lies by informants and non-governmental witnesses with a motive to lie. Part I.A considers no-crime wrongful convictions that are the product of official misconduct. It specifically examines two forms of police misconduct: outright police fabrications, as in the case where the police plant or falsify evidence to obtain an arrest where no crime in fact occurred; and over-zealous police practices that result in sweeping arrests of broad swaths of people, often poor people of color, sometimes for crimes that never happened. It also considers the important role of prosecutorial misconduct in contributing to the incidence of no-crime convictions. Next, Part I.B explores no-crime convictions that result from the erroneous labeling of a natural or accidental event as a crime, such as an accidental fire that is mislabeled an arson or a suicide that is mislabeled a murder. This section also analyzes how and why criminal mislabeling occurs and considers the effect of tunnel vision on the pursuit of a non-criminal event as a crime. Part I.C discusses no-crime convictions that are the product of fabrications by informants and false accusers.

Although the process of exoneration is difficult for all wrongful convictions, no-crime wrongful convictions raise unique and difficult challenges. when an innocent person is convicted of a crime committed by someone else, the guilty perpetrator remains at large. Yet, in that terrible scenario, the innocent person has a chance- no matter how slim-of proving his or her innocence by establishing the identity of the actual perpetrator. The defendant can perhaps use existing crime scene evidence, such as DNA or fingerprints, to identify the offender. Or perhaps the defendant will get lucky, and the actual offender will confess to the authorities or will brag to someone who tells the police about the crime he got away with. Or maybe evidence will eventually be uncovered that will point to the real perpetrator. In an actual criminal case, the possibility always exists that the true offender's identity someday will be revealed and that the innocent person will be vindicated at last. In contrast, the innocent defendant in a no-crime conviction cannot exonerate him or herself by proving the identity of the real perpetrator because there is no real perpetrator. This leaves the innocent defendant in a no-crime case in the nearly impossible situation of attempting to prove that no crime in fact occurred. Proving a negative is notoriously difficult.

No-crime convictions are important because they highlight the genuine dysfunction that exists within our overburdened and increasingly indifferent criminal justice system. No-crime cases are marred by blind acquiescence at best, and active misconduct at worst. No-crime convictions emphasize the willingness of governmental actors, on the ground and in the courts, to look the other way, even where the evidence is not solid, the science is shaky, and the misconduct is rampant.

A system that permits people to be convicted of crimes that never happened is broken. Perhaps more broken than we ever could have imagined. Whether it be an erroneous labeling of an event as a crime or a bald-faced lie that sparks a criminal conviction, all no-crime convictions yield the same tragic and wasteful outcome: an innocent person is held criminally responsible for a crime that never happened in the first instance.