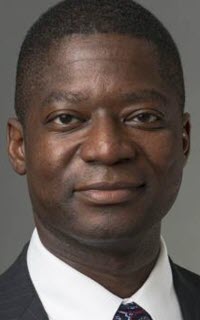 In February 2020, Ahmaud Arbery, a twenty-five-year-old Black jogger in Georgia, was chased down by a group of armed, White men in trucks, trapped, shot, and killed. His killers pursued Arbery because they suspected him--with no evidence whatsoever--of being behind a string of (unreported) neighborhood robberies. Arbery's killers had never seen any suspect in those robberies.

Arbery was blocked by a large white truck and threatened by a shotgun-wielding Travis McMichael. When Arbery struggled to take the gun away, McMichael shot him, perhaps multiple times. Arbery took a few final steps to flee his killers, staggered, and fell dying. As McMichael stood over Arbery's dying body, he spat out the words, “fucking nigger.” Arbery's murder is now part of the long, mournful litany of killings of unarmed Black men. Despite all appearances to the contrary, his killers insist they did not target Arbery on account of his race.

Three months later, forty-six-year-old George Floyd entered into a Minneapolis gas station and allegedly bought cigarettes with a counterfeit bill. His death is now so infamous, it hardly requires recounting. Despite being recorded and Floyd pleading for his life, police officer Chauvin kneeled on George Floyd's neck for an unimaginable eight minutes and forty-six seconds, killing him. For numerous reasons, particularly that Chauvin was a police officer, Floyd's death became the most potent symbol in the still ongoing calls for racial justice. Nonetheless, I wish to shift the focus to the important features Arbery's killing teaches about how the criminal law addresses, or more precisely, fails to address, racist violence.

In response to Arbery's killing, Georgia joined the vast majority of states in passing hate crime legislation. The law enhances punishment for anyone who commits a hate crime intentionally based on race, sex, sexual orientation, color, religion, national origin, mental disability, or physical disability. Ironically, the law's requirement that a hate crime is committed “intentionally” or with a hateful purpose makes it unlikely that Arbery's murder would qualify. That is because Georgia's law, like most contemporary hate crime statutes, enhances liability for hate crimes cinematically motivated by explicit and conscious racist animus.

Describing precisely what constitutes intentional hatred or racist animus is unsurprisingly controversial. But legal battles over motivation and intent, evidentiary standards, and even free speech in prosecuting hate crimes all rely on the same trope: the racism is cinematic in the sense that the imagined perpetrator is intentionally motivated by racial hatred. It is strangely unnoticed that Arbery's killing, alongside other iconic racist killings, are largely unrecognized by our hate crime statutes.

At least a century and a half of racist violence has made clear that narrow interpretations of bias crimes are insufficient. Many killings of people of color, particularly Black men, are more like Arbery's killing than a person dedicated to killing someone solely because of their race. Hate crime laws that only recognize the hooded KKK are insufficient to punish hate crimes as they most often occur. From Bernard Goetz to George Zimmerman, hate crimes can be just as lethal when springing from recklessly racist assessments of vulnerable minorities. That is not to say intentionally racist murders do not continue to scar our country. But focusing on that alone ignores that for every Dylann Roof there are many more George Zimmermans.

We have powerful reasons to ensure that hate crimes recognize the mens rea of “reckless racism.” Perpetrators commit hate crimes with “reckless racism” when they consciously ignore a substantial and unjustified risk of violence motivated by the race of the victim. When an attacker ignores the serious possibility their violence is in part based on someone's race, they have committed a hate crime.

Punishing reckless racism does not unfairly level punishment at White people or violate our liberal commitments. Indeed, it is telling that we do not indulge these knee-jerk rejections for a wide range of other punishments premised on reckless behavior.

That said, I should clarify the limits of my argument. While there are powerful normative reasons to use recklessness as the default mens rea state for hate crimes, I will not argue that all told, hate crime legislation is the best tool to address racist violence. I stop short of this obvious conclusion for two interrelated reasons.

First, empowering the state to punish and cage others is hardly the only or best tool to address interracial violence. While the most topical version of this conversation is framed as “Defund the Police,” abolitionist impulses regarding policing and incarceration are much older. To be sure, I believe that forceful response to anti-social violence, including punishment and incarceration, is tied to the human condition. It certainly is for the foreseeable future. Still, it is easy enough to agree with abolitionists that our automatic reaction addressing any social problem with criminal law is an unimaginative and failed strategy. There are few social problems we can punish our way out of ... racism is certainly not among them.

Secondly, the relationship between hate crimes and racial justice is a jagged one. The first American hate crime laws protecting enslaved Black people were passed in the slave-holding South to distract from the evil of slavery. Similarly, early hate crime legislation in the North was often offered as a panacea to the deeper racism of employment and housing discrimination. Today, hate crime legislation often rachets up punishment where both defendant and victims are racial minorities; think of a case of minority teenagers committing vandalism or of two ethnic criminal gangs at battle. While being a minority is no shield from justified punishment for hate crimes, disproportionate punishment of minority communities reproduces its own harms.

In sum, criminal law cannot ultimately solve problems of racist violence. It would be better to focus a couple generations of resources on education, employment, and housing. But criminal punishment is an appropriate reaction to serious forms of violence, and where we deploy our hate crime laws, the appropriate mens rea standard ought to be recklessness. If it is unsatisfying that I do not recommend punishment as the solution to racist violence, there are still important benefits to illustrating that recklessness is a natural default mens rea for punishment enhancement.

First, focusing on reckless racism rids criminal law of a naively narrow view of how racism motivates violence. A generation of social science has made clear that prejudice harms people of color, particularly Black Americans, in more subtle ways than intentionally inflicted harm. Unconscious bias, structural racism, and a host of other descriptors are now part of the popular lexicon, more accurately capturing the way racism works in felt experience.

Secondly, defending recklessness as the appropriate culpability for hate crimes harmonizes a broader normative theory of mens rea in criminal law. Theories of criminal law often conceptualize or describe mens rea in sophisticated ways. Admittedly, I am often convinced by the latest formidable rendition. Yet, I remain troubled by the intuition that mens rea is rendered unnecessarily esoteric in many accounts.

Thus, I will offer a somewhat deflationary account of the role of mens rea in criminal punishment. Building loosely on Aristotelian political theories, I will cast mens rea as pegging mental states hostile to or incompatible with one's role as a citizen. Criminal mens rea picks out mental states that undermine our ability to live as equals pursuing common goods. A broadly republican reconstruction of criminal law may not produce flights of wild sophistication. But it explains the role of mens rea in justified state punishment and harmonizes broad features of criminal law while reinforcing the place of hate crime legislation.

The plan ahead. Part I attacks contemporary mens rea requirements in hate crime law as antiquated in their conception of racism, unable to tackle even iconic examples of racist violence.

Part IV addresses counterarguments that enhanced punishment based on reckless racism would punish too broadly, either too intimately punishing involuntary racist behavior or violating liberal constraints on punishing for immoral character. I conclude by returning to the question of whether recklessness in inflicting racist harm is what hate crimes are fundamentally about.

There remain two related contentions to address that uncomfortably cut in opposite directions. The first denies that punishing reckless racism ought to be the point of hate crime legislation at all. Even granting that Ahmaud Arbery's killers unjustifiably disregarded the risk they were targeting him due to his race, the violence visited on him is simply not what the law should pursue for additional punishment. The idea of hatred is that one focuses a certain kind of anger and contempt onto another. In that sense, one cannot hate recklessly.

I am not entirely sure what to make of the philosophical contention that one cannot hate unintentionally. There are people who stew on things or allow anger to corrode into hatred in fascinating ways. This invites more careful exploration of the phenomena of hatred than I am prepared to undertake here. But as a legal matter, the claim that hate crime legislation can only target intentional actions or focus on animus versus discriminatory selection does not match history. In any case, it strikes me as overly formalistic to be married to any single conception of hate as though the label “hate crime” were a definitive conceptual category. Even if “hate” is a different kind of thing, it does not change the fundamental idea that reckless racism is culpable and dangerous.

What then of the final reservation? Given the importance of protecting vulnerable minorities from racist violence, is the clear conclusion to pursue a new campaign of hate crime prosecutions of those who recklessly cast aside doubts about the reasons they inflict violence? Despite my commitments, I hesitate due to two well-known limitations of criminal punishment more generally. The first is that expanded use of criminal punishment typically generates greater suffering within minority communities. Indeed, there is evidence that cases of violence between ethnic minority groups in gang-related conflict or low-level graffiti offenses are among the most vigorous uses of hate crime prosecutions. Of course, I do not think that being a minority is legal immunity from hate crime prosecution; we have highlighted the killing of Trayvon Martin by George Zimmerman. But whatever the individual culpability of each offender, I am sensitive to how concentrated incarceration in those same minority communities unravels the very civic fabric hate crime laws are intended to protect. Lastly, I share the concern that criminal law is too often imagined as the solution to much deeper social ills. History is replete with hate crime legislation offered as a panacea to wider structural racial problems in housing, education, employment, and more.

Nonetheless, the recklessness captured in so many iconic moments of unjustified violence visited on Black and Brown people is deserving of repudiation by our criminal law. After all, it is precisely this kind of behavior, more so than the imagined focused and intentional hate, that threatens Black men in our everyday lives. As we see from the death of Ahmaud Arbery, it is precisely the danger that rattles through our lives, destabilizes our ability to move in society as equals, and threatens racial fault lines everywhere. And it is the kind of protection that people of color everywhere deserve.