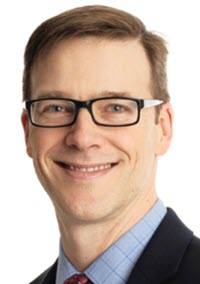 Legal policy has long struggled with the issue of official neutrality in the face of racially disparate results. While the days of laws explicitly discriminating against people of color may be gone, the legal system as a whole has not attained perfect race neutrality. Scholars have offered evidence of this tension in disparate spheres such as criminal justice, employment, and education. This paper adds to that history by offering evidence of racial difference in the court system in an area in which such differences had not been posited before: bankruptcy filings. Such an addition to the debate is particularly timely given the current credit turmoil and heightened prominence of bankruptcy as a societal actor.

When it amended the Bankruptcy Code ("the Code") in 2005, Congress sought to curb perceived debtor "abuse" of bankruptcy laws by pushing more debtors out of Chapter 7 and into Chapter 13. The amendments thus deny some debtors Chapter 7's immediate and almost automatic cancellation of debts, and instead *232 thrust them into a Chapter 13 that requires the debtor to make exacting payments to creditors over a period of up to five years. In so doing, Congress may have exacerbated racial disparity in bankruptcy relief.

The data from this paper suggest that minorities who enter bankruptcy are far less likely than whites to receive a bankruptcy discharge. Part of this is simply because of the choice that debtors make. Black debtors, for example, are three times more likely to choose Chapter 13 than are white debtors. Because the overall relief rate was only 23% for Chapter 13, this means that blacks are disproportionately denied relief based on the bankruptcy chapter they choose.

More worrisome is that the empirical data in this paper suggest that once minorities enter Chapter 13, they obtain bankruptcy relief far less often than do whites--the odds of a discharge are 40% lower for black or Hispanic debtors as compared to white ones, even after controlling for income, education, and employment. In other words, Congress's recent amendments have made it so that some minority debtors will no longer have the option of an immediate Chapter 7 discharge in which all races fare the same, and must instead enter a long-term payment Chapter 13 in which their race may be a determining factor in whether they ever get a successful discharge.

A numbers-based discussion of minority debtors' likelihood of relief is new to bankruptcy scholarship, and fills in the middle part of the three-part story of race in bankruptcy law. Scholars have already shown that black and Hispanic families are far more likely *233 to enter bankruptcy than are white families. At least one critical factor in this seems to be predatory lending practices: even residents in high-income, predominately black neighborhoods are more than twice as likely to get subprime mortgages as are residents in low-income white neighborhoods. Scholars have also posited that the type of relief offered by bankruptcy laws favors white debtors over black debtors, since whites disproportionately own the type of assets that bankruptcy protects, and blacks disproportionately have the types of debts that bankruptcy does not relieve. This would leave minority debtors who obtain relief worse off than white debtors who obtain relief. Thus, the literature offers a picture of different races before and after bankruptcy. The data presented in this paper begin to tell the story of what happens to minority debtors while they are in bankruptcy--which chapter they choose and what happens to them while they are pursuing a discharge of their debts in Chapter 13.

This paper thus informs the relationship between bankruptcy and race and, as such, fleshes out some larger issues surrounding race and the law. Until now, that debate lacked empirical information about what happens to different races once in bankruptcy. It also lacked any clear assertion that race played a role in whether a debtor received a discharge. Indeed, much of the criticism of "raced" bankruptcy laws seemed understandably premised on the assumption of equal availability of a discharge. The data offered in this paper refute that assumption.

One way to generate more information and thus attention about the issue would be to require districts to collect and annually report racial data. In bankruptcy, this would mean reporting the number of filings, which chapter those filings were in, how many motions of what kind were made, and each plan's outcome.

This data would make it possible to conduct further studies on key areas such as the causes of motions. For example, one helpful source of information would be how many days late the payments were before the trustee made the motion to dismiss. If the motions are for payments late by an average of forty days for whites and twenty-five days for blacks, it would suggest actor bias. If, on the other hand, the days are comparable, it would suggest independent social factors are playing a larger role.

Moreover, because a few trustees are involved in many cases, future studies should look at the role of individual trustees. Studies could examine whether some trustees consistently make motions with the same frequency regardless of the debtor's race, whereas other trustees consistently make more motions only for certain races. An investigation into certain trustees who consistently demonstrate more aggressive pursuit of minorities than whites would not only provide information, but could also spotlight any problematic actors in the bankruptcy machinery.

It would also be helpful to investigate why blacks and Hispanics are less likely to be represented, and if there are any differences in the quality of attorney representation between the races. One cause of the disparate percentages of representation could be that bankruptcy attorneys do not advertise to minority communities as often as they do to white communities. Advertising has been found to play a critical role, especially for certain segments of the population, in access to legal services.

*254 V. Conclusion
This paper has put forth data about outcomes for debtors of different races, and possible explanations for such data. It would be irresponsible to charge racism of any bankruptcy institution or actors at this point. What the above numbers do suggest, however, is that the problem of racial disparity in the court system extends further than was evidenced before. Furthermore, there is a great need to look more deeply into racial disparity in bankruptcy, especially in Chapter 13. Chapter 13 has long received less attention from scholars than Chapter 7 or Chapter 11 and is poorly understood even by many experts in the field. Minority debtors are far less likely to obtain a Chapter 13 discharge even when controlling for factors such as income, employment, homeownership, and education. BAPCPA will only exacerbate this problem by removing for many debtors the option of entering a clearly race-neutral Chapter 7, and by introducing arguably minority-unfriendly definitions of allowable expenses.

But there is also good news that comes with awareness of this particular danger. Greater awareness of the problem is the first step toward the attention necessary to remedy it. In bankruptcy, solving the problem would also serve a broad set of interests. Creditors would benefit from a system that does not reject what could otherwise be successful minority debtors from Chapter 13, since those debtors would otherwise pay back a larger portion of their debts over the repayment period. Judges, lawyers, and other bankruptcy actors would benefit from changes that would maintain the viability and integrity of the system. Finally, and most importantly, the changes would make a difference in the lives of many minorities by ensuring them equal opportunity for a fresh start when their lives are turned upside down by unpredictable events--an opportunity vital to their full participation in the risk-laden American economy.

It is also good news that there is no evidence that any of this is intentional; Congress, for example, surely wrote BAPCPA thinking it was race-neutral. Nor are the various actors--whether bankruptcy lawyers in their choice of advertising, or trustees in their motions--necessarily aware of the racially disparate impact of bankruptcy laws. Before the data from this study was available, those parties had an understandable excuse of a veil of darkness. Consequently, as this veil is lifted, there is reason to believe that decision-makers will take steps to ensure that the ladder out of *255 indebtedness is not being unfairly knocked from underneath minority debtors.

What veils of darkness remain elsewhere in the legal system are unknown. But given the feasibility of collecting information on race in other areas of the law and the light that such information sheds on race in bankruptcy, there is reason to look for other areas of the law in need of spotlights. And just as the racially charged images following Hurricane Katrina raised awareness and directed resources toward lessening racial challenges facing communities such as New Orleans, such spotlights could similarly direct resources toward lessening racial differences in the legal system as a whole.