Will US Black and White Household Incomes Ever Converge? 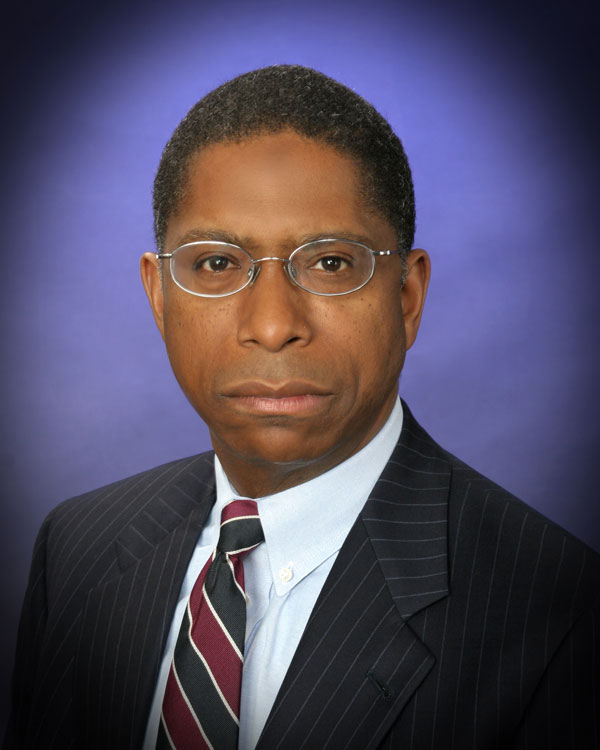 There may be no better metric than income for measuring progress for Black Americans in our push to become “equal”. The argument has long been that, while equal wealth is important, it will take some time to achieve this lofty goal. However, in a world with educational and employment opportunities, and in the absence of racial discrimination, it should be possible for Black Americans to achieve income equality with White Americans in a much shorter period of time. Hence, the reason for this essay. It seeks to answer the question: Will Black and White household incomes converge?

To help answer the question, we consult the data. Specifically, we consider the Census Bureau’s data on household income. The Census Bureau has tracked and now publishes data on household income by race going back to 1980. It is common knowledge that Black-White household incomes have not converged over the period for which data are available:  1980 – 2014. No one said that the aforementioned convergence would occur over night.  But what about the future?  Can or should we expect convergence to occur in the future—in the next 10, 20, or 30 years?

We sought to answer this question by performing simple forecasting procedures to determine whether convergence might occur over the long term. By long term we mean the next 30 years and beyond. Laws to prohibit racial discrimination in education and employment were inaugurated in the 1950s and 1960s. We are already over 60 years into this equalization process. Thirty more years will give us a 90-year opportunity to see these laws take root and bear fruit.

We selected median over mean household income for forecasting because the former is more robust—it is less sensitive to unusually high or low incomes by a few “special” households.  The median represents the middle household when all households are distributed along a linear continuum from lowest to highest income. 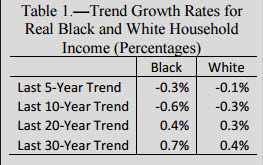 We used two basic techniques for forecasting median real (2014 dollars) household income for Blacks and Whites. In the first case, we calculated separate average growth rates for Black and White household incomes over the last 5, 10, 20, and 30 years (see Table 1) and used these average growth rates to extrapolate the 2014 incomes out to 2044.  In the second case, we used a well-known and straightforward autoregressive integrated moving average (ARIMA) technique to produce forecasts.

ARIMA forecasts involve using time series tools to identify underlying trends and patterns in existing data (over the period 1980-2014) and then using those trends and patterns to create forecast values of the series out into the future.  It is important to keep in mind that forecasts can be fickle.  The future is very difficult to predict.  However, the forecasts that we have prepared are helpful in providing indications of how Black and White household incomes may evolve in the future based on existing historical patterns. The five charts below provide graphs of the forecasts that were prepared. 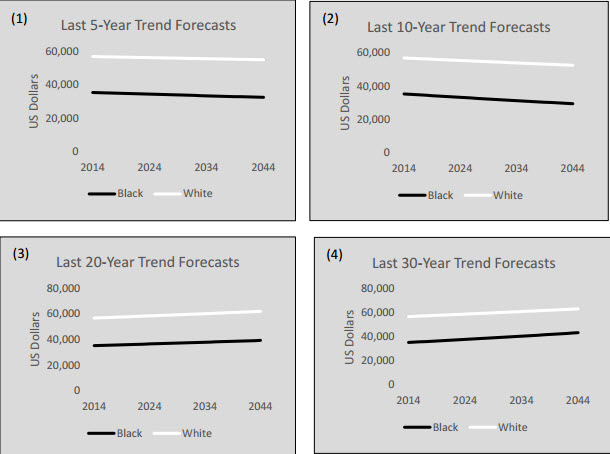 Charts of the forecasts reflect no convergence tendencies for median real Black and White household incomes—at least over the next 30 years. As we have emphasized, the forecasts are based on historical patterns. Therefore, if the future reflects the past, then we should not expect to see much convergence.  Only if unusual and unexpected future developments occur can we expect to experience some convergence or divergence in Black and White household incomes.

If all of this is true, and it is the best truth that we can tell at this point, then what does this mean for Black-White income equality? The answer is obvious: Incomes will not converge over the next 30 years. Again, if the past is prologue for the future, then we should not expect Black Americans to achieve household income parity with Whites Americans for the foreseeable future.

While disconcerting, this information should be very useful. It should awaken Black Americans to the fact that we cannot continue to do what we are doing today and expect income equality to evolve—even in the long term. This realization raises a follow-up question: What can we do to improve prospects for achieving income equality? The answers to that question are the subjects of future essays.