Excerpted from: Nicole Delaney and Joanna N. Lahey, The ADEA at the Intersection of Age and Race, 40 Berkeley Journal of Employment and Labor Law 61 (2019) (235 Footnotes) (Full Document Not Available) 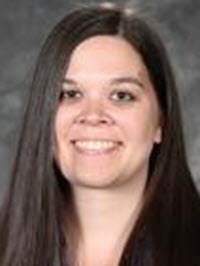 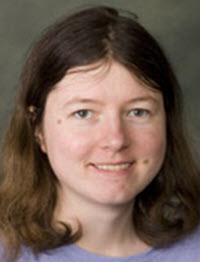 Although in recent years researchers and practitioners have realized the importance of intersectionality in protection law cases, rarely have these discussions included age as an important element of identity. Age, like race and gender which have gotten more attention, is also a protected class under United States anti-discrimination laws.

Individuals at the intersection of age and race face unique challenges that are becoming particularly salient as the number of older Americans grows and the proportion of older Americans who are white declines. Because older Americans of color are among the most economically fragile, their ability to find and retain employment will have important implications for government programs such as Social Security, Disability Insurance, and Medicaid. Unchecked discrimination can prevent people who need to and are able to work from working, which then puts stress on these government programs. Understanding the different treatment of older adults in employment and legal situations with respect to race is crucial to understanding and ameliorating negative intersectional outcomes for older people of color as well as potential negative outcomes for government programs that may have to support them.

Unfortunately, the ADEA falls short in protecting the needs of older Americans of color, even more so than it does for older white Americans. The separation of the ADEA from Title VII combined with outcomes in court cases like Gross v. FBL Financial Services, Inc. make it difficult, or even impossible, for private employees and job seekers to succeed in making claims of commingled age and race discrimination.

Section I provides statistics about the economic situation of older African Americans relative to their white counterparts. These statistics demonstrate that even in the face of alternative explanations, intersectional discrimination based on age and race is real.

Section II discusses how minorities have increasingly sought protection under the ADEA despite the traditional lack of such claims. Section II then explores how even with an increase in multiple claims, it is nearly impossible for an older worker or job seeker of color to win an intersectional case against a private company, although it is possible against a federal employer.

Finally, Section II discusses hope for the future with increased use of state legislation to push for permitting multiple and intersectional age and race claims.

Labor market discrimination negatively affects the employment outcomes of older black Americans in comparison to their white counterparts. The federal government has recognized the need to protect against age discrimination in the labor market, as evidenced by the ADEA and its subsequent expansions. However, the ADEA is not equipped to address the challenges for older minority workers. Since the number of workers filing discrimination claims under more than one protected class, particularly both age and race, has increased, the lack of possible remedy for such claims represents a flaw in current discrimination law. The ADEA is poorly suited for such claims because as a stand-alone statute, its language and implementation are distinct from other federal anti-discrimination laws. Specifically, the ADEA is less protective than Title VII because, following Gross, it requires a worker to prove that age was the main factor in their negative employment outcome. This means that a worker who believes that both age and race discrimination played a role in their termination would be unlikely to succeed in court based on their age claim while arguing other unlawful discrimination also happened. Despite this obstacle for private-sector workers facing age and race discrimination, the ADEA provides stronger protections against age discrimination for federal workers. Meanwhile, state laws offer a better option for workers experiencing discrimination on more than one basis. The failure of the ADEA to adequately protect against discrimination at the intersection of age and race represents a need for revision of current federal anti-discrimination law.

Nicole Delaney has a Master of Public Service Administration 2018, Texas A&M University and Analyst at the Texas Legislative Budget Board.