An Innovative Alternative or An Institutional Failure of Family Courts?: A Critical Perspective on the Experience of Latinx Families in an Anglo-centric Mediation Process

Excerpted From: Donna Saadati-Soto, An Innovative Alternative or an Institutional Failure of Family Courts?: A Critical Perspective on the Experience of Latinx Families in an Anglo-centric Mediation Process, 31 Berkeley La Raza Law Journal 25 (2021) (82 Footnotes) (Full Document) 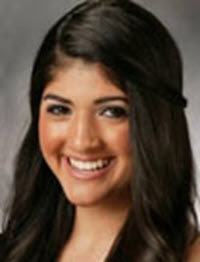 “No más necesito que termine.” (“I just need it to be over with.”) As a former member of the Harvard Legal Aid Bureau's Family Practice, my cases consisted largely of divorce and child custody matters. Because I was one of the few Spanish speakers in the practice, many of my clients were Latina women seeking separation from their Latino spouses. During the course of my cases, I would inevitably hear my client say the words, “No más necesito que termine.” Unfortunately, for many clients, going through the legal process is disempowering--it is so stressful that they just want it to be over.

When a partnership deteriorates or when parents--or parental figures--are fighting for custody of children, the circumstances very much feel like a crisis to the parties involved. The proceedings are personal and emotionally charged, leading to a unique level of anxiety and despair. For these reasons, mediation has been promoted as a better method of resolving disputes in family court as compared to traditional proceedings.

The historical underpinnings of mediation lend credence to the idea that mediation could be a viable alternative to court, especially in family cases. After all, mediation has historically been used to resolve some of the most difficult legal challenges. In the late nineteenth and early twentieth centuries, for example, mediation was “used to quell disruptive labor strife, and became a routine part of the collective bargaining process.” Then, in the 1960s, the Civil Rights Act of 1965 created the Community Relations Service (CRS), a division “designed to apply labor mediation concepts” in communities with racial and ethnic conflict. By the mid-1970s, many proponents viewed mediation as a “social movement designed to transform society's methods of managing and engaging in conflict.” Others viewed mediation as a humanizing process. By the 1980s, some states even began requiring mediation. For example, California requires mediation in family cases with child custody and visitation issues. Thus, mediation was created and leveraged to help resolve some of society's most complex disputes, including those in which participants have historically wielded little power.

Data regarding the disparate outcomes of Latinx litigants, specifically in the mediation process, are also underreported and understudied. However, one famous study published in the Harvard Law Review--Fair Driving: Gender and Race Discrimination in Retail Car Negotiations light on discrimination in the negotiation process during car purchasing. The study found that offers made by salespeople were biased by both the race and gender of buyers. While not a direct reflection of bias in the mediation process, the study does suggest that racial and gender bias exists in the negotiation process. By extension, mediators may be biased in the ways they encourage negotiation between and offer solutions to Latinx litigants.

The Latinx family holds its own norms and customs within the nuclear unit and among the extended family. Unfortunately, the U.S. Anglo-European model of mediation does not serve the needs and expectations of Latinx families. Instead, mediation can further signal to Latinx families that the U.S. court system is not designed for them.

The U.S. Anglo-European mediation approach is unlikely to result in fair treatment of all disputants. Instead, it can make White families feel comfortable while alienating families of color. While it may be challenging for a mediator to understand the cultural context of the litigants, I advocate for increased diversity and flexibility among mediators. As Latinxs become a larger part of the U.S. demographic landscape, there is a need for Latinx mediators. Even among non-Latinx mediators, flexibility is necessary to prevent Latinx clients from receiving substandard service. At the same time, some uniform standards must exist in order to lend credence to the process and to hold mediators accountable. Accordingly, I proposed some key strategies that can present an important starting point to more widespread, systemic change to ADR. Importantly, as the mediation community begins to implement more culturally-responsive mediation practices, Latinx families must be informed about the mediation process to encourage greater buy-in and receptivity.

Lastly, little data has been collected on a mass scale documenting the experiences of Latinx parties and their outcomes in the mediation process. Studies that do exist paint a bleak picture of Latinx treatment in the legal process. Mediation, with its informality and current lack of accountability, can be a dangerous environment for disempowered individuals. And yet, its potential for flexibility and change means mediation can be a viable alternative to formal proceedings for minority litigants.

Donna Saadati-Soto received a B.A. with Honors from Stanford University and a J.D. from Harvard Law School.