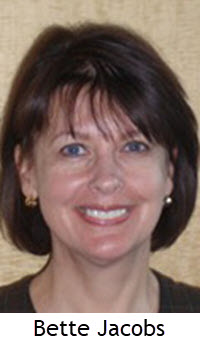 Aging is an inevitable process and it affects everyone. There are a variety of issues that affect aging populations, such as ever increasing health care costs, the depletion of Social Security funds, and the rising concern of noncommunicable diseases (NCDs). But aging is not a homogeneous experience. Aging American Indian/Alaska Natives (AI/ANs) face additional challenges as they age due to a variety of circumstances, including cultural, political, and geographical considerations that impact their ability to effectively access health care services. Indigenous peoples value good health as part of harmony with nature and "health and wellbeing are viewed as intrinsically linked to spirituality in Native American culture." It is important that the U.S. government is sensitive to the needs of aging AI/ANs, particularly, in a time when the future of the nation's health care system is uncertain and unstable.

Historically, AI/ANs have experienced lower health status compared to other Americans, which can be explained partly by disproportionate disease burden and has resulted in lower life expectancy. In spite of this, AI/ANs "have shown notable resilience in the face of sociopolitical oppression, hostility, and other forms of adversity." This paper examines the current health care system available for aging AI/ANs, and analyzes the obstacles and barriers to accessing health care for aging AI/ANs, with a focus on culturally appropriate care and the role of community health workers (referred to as community health representatives 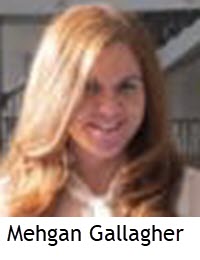 (CHRs) in Native communities). Finally, the authors conclude by providing specific recommendations for improving the system of health care for this important, yet often neglected population.

The authors have conducted a multi-faceted examination of health services available for aging Natives, including Medicare, Medicaid, and the Indian Health Service (IHS) and analyzed their efficacy within the context of cultural competence. We visited Pine Ridge Reservation in South Dakota, the poorest county in the United States and home of the Oglala Lakota Sioux tribe, to speak with representatives from IHS. We also hosted a conference on Flathead Reservation in Polson, Montana convening founding members of the National Alaska Natives American Indian Nurses Association (NANAINA) and the Georgetown University O'Neill Health Law Initiative. The conference consisted of nurses, lawyers, academics, and other public health professionals--mostly Natives--from around the country who shared experiences and anecdotes of health care coverage and accessibility issues in their communities, with a focus on the role of CHRs and culturally 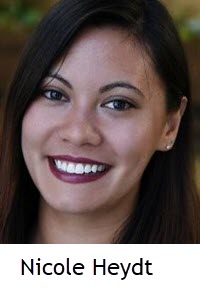 appropriate care for aging Natives. These experiences and anecdotes are detailed throughout the paper.

The authors have triangulated sources of information to enhance our understanding of the life experiences of AI/ANs and point toward culturally appropriate practice. Culturally appropriate practice emphasizes harmony with nature, relationships, the aging process itself, cultural identity, and sustaining a vital community within traditional practices. We believe that this approach will contribute to the improvement of health outcomes and a better quality of life.

There is a long history of white settlers attempting to assimilate American Indians to a dominant American culture. This is still a concern today. The authors argue that instead of assimilation, it is important to recognize and appreciate the cultural traditions, norms, and beliefs that make AI/ANs who they are. Rather than attempting to change and shape AI/ANs to be more like Americans, we should respect and appreciate their culture. This is particularly true for aging AI/ANs, who should be able to age and die with dignity and grace, holding onto their traditional values.

Although strides have been made in health care services for Natives over the years, the fact remains that AI/AN health lags behind other populations. AI/ANs have suffered more severely from ailments and diseases than any other population since the early years of colonization. This is worsened by substance abuse disorders, chronic diseases, obesity, poverty, inadequate educational opportunities, and inadequate funding and discrimination in the delivery of health services. Geographic isolation and a lack of access to health care and health insurance increases the already existing health issues that AI/ANs face. These factors also increase the probability that AI/ANs will seek care at later stages of illness, which can lower survival rates. In addition, per capita, the federal government spends less on AI/AN health than any other group, despite documented health disparities.

It is important to care about aging populations, not just because it is more than likely that most of us will be part of the elderly population one day, but also because it is an obligation we should endure out of human decency. Aging individuals are among the most sickly and vulnerable populations in the world, and thus deserve our care and compassion. This is particularly true of aging AI/ANs. Because of their circumstances, they often have worse health and more obstacles to face than their non-Native counterparts when aging.

Caring for aging Natives is particularly difficult, as it is important to strike a balance between being culturally sensitive to traditional needs, but also recognizing their current situations and needs. On the one hand, it is imperative that we understand the health care needs of aging Natives through a historical context while showing sensitivity to traditional Native practices and beliefs. However, it is also necessary to recognize that there has been a geographic shift and increasing numbers of AI/ANs are now living off-reservation and far away from their tribes and health care services. Although the government has created programs such as the IHS and UIHPs to help address some of these issues, it is not enough. The IHS is underfunded and unable to care for all of the needs of the population; and UIHPs are also not sufficient to meet the needs of the population.

The authors have listed a number of recommendations to improve the health care services for aging Natives and to ensure they are provided in a culturally appropriate manner. However, it is crucial to remember that positive social and policy changes cannot occur without first having the infrastructure in place to support such changes. Aging is an inevitable and challenging process for everyone, but it is particularly difficult for AI/ANs due to historical difficulties and cultural sensitivities that are not always acknowledged or appreciated. The reality for many aging AI/ANs is that they are forced to age and pass away in a manner that is determined by the government, instead of moving through these processes in a way that makes them feel more spiritually whole or complete. Aging is a natural process in harmony with the cycle of life, and it should be optimized in quality respected roles that promote dignity and involve family and the community. First and foremost, it is imperative that Natives are involved in the conversations regarding their health care and how Native aging populations are cared for. Second, it must be recognized that AI/ANs are not a homogenous peoples. While they may share certain traits and struggles, there are a variety of cultures, languages, and traditional beliefs that vary across the country. We must recognize these needs and address them in a culturally sensitive and delicate manner, to ensure that all Natives are able to experience the aging process with dignity and compassion in a way that emphasizes harmony with nature.