How the FCC Suppressed Minority Broadcast Ownership, and How the FCC Can Undo the Damage it Caused

Excerpted from: David Honig, How the FCC Suppressed Minority Broadcast Ownership, and How the FCC Can Undo the Damage it Caused, 12 Southern Journal of Policy and Justice 44 (Fall, 2018) (212 Footnotes) (Full Document) 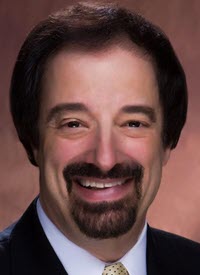 Broadcasting is the most influential industry in the nation. It is our signature export. It defines and facilitates our democracy, it drives our culture, it sets our policy agenda, and it brings the promise of equal opportunity within our grasp.

Among media outlets, over-the-air broadcasting, including both television and radio network (local and syndicated programming), has the greatest impact upon our society's educational, cultural, and political development. It is the medium of last resort in the wake of a hurricane; when the electric, wireline, and wireless grids go down, broadcast stations with generators may continue to operate. Although newer technologies have captured the public's imagination and purse, the Federal Communications Commission (FCC) continues to regard free over-the-air broadcasting as the lifeline for millions of Americans.

Certainly, the deliberate exclusion of people of color from ownership of the airwaves would be profoundly anti-competitive. What could be a more inefficient deployment of resources than having the entrepreneurial, managerial, and creative wealth of one-third of the country unable to find expression in the nation's most influential industries?

Such exclusion would also be morally wrong. Yet, it happened--on a grand scale--from 1932 to 1978. And, in some respects, it continues to this day.

Thus, it is no accident that 88 years after the FCC's birth, when 38.7% of Americans are persons of color, minority television ownership stands at 2.6% and is dropping fast, and minority radio ownership is stagnant at about 5%. Most of these stations are small, and consequently these holdings amount to less than 1% of industry asset value.

This wasn't an accident. Diving into dusty old cases, this article exposes how the FCC, for five decades, openly, deliberately, and shamefully discriminated against minority broadcasters, making it virtually impossible for them to obtain access to publicly owned broadcast spectrum.

People of color were never lacking in the business acumen, creative capacity or educational attainments required for broadcast stewardship. In the mid-1950s, it was no more difficult to publish a newspaper than to operate a radio station. Yet, by 1950, minorities owned zero radio stations but had owned, at various time intervals since the early 19 Century, over 3,000 (mostly weekly and a few daily) newspapers, as well as several magazines. That feat was made possible by the fact that there was no “Federal Newspaper Commission” acting as a gatekeeper to confer licenses on preferred customers and deny licenses to second-class citizens.

Since the radiofrequency spectrum is public property is about as critical as public infrastructure can ever get could there possibly have been so vast a disparity in ownership of this asset?

Minority exclusion from the airwaves has had, and continues to have, profound consequences. Even in the internet age, broadcasting is by far the most influential institution in society, doing more than any other to determine the issues debated in elections and the ultimate outcome of those elections. The relative powerlessness of people of color in the nation's political and economic agenda-setting can fairly be traced to their systematic exclusion from ownership of the instruments of mass communications.

This fact has not been lost on the courts, the Congress, or the Federal Communications Commission (FCC). They have long been of one voice that minority ownership must be addressed as a central element of structural broadcast ownership regulation. Further, as this article illustrates, the courts, Congress, and the FCC have recognized four legal justifications for intervention to enable minority broadcast entrepreneurs to compete: (1) promoting diversity of voices, viewpoints, and information; (2) promoting economic competition; (3) remedying the present effects of past discrimination; and (4) preventing discrimination in the future.

Agencies do not like to confess error, and thus it is unsurprising that only once has the FCC acknowledged its own history of systemic discrimination.

The first sentence of the Communications Act expressly provides for the FCC's administration of the spectrum “without discrimination on the basis of race, color, religion, national origin, or sex. Yet, this powerful non-discrimination provision is not self-executing. And to the nation's shame, this provision has never been executed.

Here are the six specific devices the FCC used to maintain segregation of the airwaves:

• The FCC and its predecessor, the Federal Radio Commission (FRC) outright refused to grant radio station licenses to African Americans and Jewish Americans because of their race and religion, until World War II;

• The FCC used its licensing power to facilitate the schemes of segregated state university systems to exclude minorities from equal access to broadcast education;

• The FCC licensed and relicensed open segregationists, thereby preventing minorities from gaining a foothold in commercial broadcast employment for generations;

• The FCC used absurdly stringent financial qualifications requirements to keep minorities out of the comparative licensing process; and applied broadcast experience, past broadcast record, and ownership of a daytime-only station as preferential licensing criteria sufficient to overcome minority status as comparative factors;

• The FCC repeatedly ignored a court decision that required it to take minority ownership impact into account when considering technical radio allotment and allocation issues; and

• The FCC adopted a broadcast equal employment opportunity rule, but then failed to this day to meaningfully enforce it or even measure whether it has had any impact.

To be sure, in 1977, aware of much of this history and deeply troubled by it, FCC Chairman Richard E. Wiley convened the Minority Ownership Task Force and charged it with arriving at new, pro-active policies to advance minority broadcast ownership. Soon thereafter, the FCC adopted the Tax Certificate Policy, a “win-win” incentive program which the Government Accountability Office (GAO) has found to have been one of the three primary factors driving minority ownership. The Tax Certificate Policy quintupled minority station ownership by 1995, when Congress killed it. Other modest 1970s-era policies to advance minority ownership have been revoked, repealed, eviscerated, or overruled, only to have the FCC fail or refuse to develop replacement policies.

What about discrimination in advertising--the notorious “no urban dictates” and “no Spanish dictates” many advertisers use to keep their messages off Black and Spanish radio and thus, out of the hearing of most African and Hispanic shoppers? In 2007, after 23 years of delay and a cost of $200 million a year in foregone revenue to minority broadcasters, the FCC finally banned advertising discrimination. Yet, the FCC still hasn't created an enforcement program giving teeth to this rule; unsurprisingly, this practice has returned with a vengeance and the advertising industry has had to engage in “self-regulation” to try to cure it.

What about equal employment opportunity (EEO)--the route to a broadcast management track that can lead to ownership? Thanks to the pioneering efforts of the Office of Communication of the United Church of Christ, the FCC adopted broadcast, cable, and common carrier EEO rules in the 1970s--then almost always proceeded not to enforce them. What slight EEO enforcement the FCC undertook in the 1990s died in 2001, leading to a purge of almost all minorities from English language radio journalism.

This article concludes with a series of recommendations for remedial action in the form of new incentive programs, elimination of market entry barriers, fashioning structural ownership rules in a manner that does not harm minority ownership, and resuming long-dormant EEO enforcement. To jump-start this process, this article proposes that the FCC convene a Minority Ownership Summit to fully expose the harm the agency did and develop remedies tailored to the nature and extent of the harm--remedies designed to ensure that the awful history detailed in this article can never happen again.

This article has set out the methods by which a federal agency spent the better part of three generations systematically excluding people of color from access to the publicly-owned resource that is the key to influence democracy and first class citizenship: the broadcast radiofrequency spectrum. It is not an exaggeration to conclude that the FCC has deliberately acted for three generations as a gatekeeper to institutionalize Jim Crow stewardship of the nation's airwaves. Nor is it an exaggeration to conclude that the FCC, a highly expert agency, almost always knew what it was doing or made sure it didn't know; always should have known and usually didn't care. And some of this past is not yet in the past.

Had this resource been apportioned through a random lottery, rather than through a gatekeeper, think of how different--and how much better--America would be. If we had enjoyed diverse media ownership in the 1940s, we would never have had to undergo the 1950s.

The FCC has a lot going for it. It is armed with the congressional mandate, the research findings, and the administrative tools to cure minority media exclusion. Now it must exercise its moral authority, hold a Summit, and accept responsibility. And fix it.