The Unconstitutionality of Urban Poverty 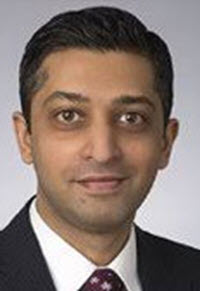 The founding generation, stung and aggrieved by “a history of repeated injuries and usurpations” in England, laid down a charter of laws that placed a robust set of individual liberties beyond governmental intrusion or interference. Thomas Jefferson termed the United States an “empire of liberty” that would safeguard and perpetually restore individual freedoms to the extent that they weakened in any area of the nation. This Article argues that the nation has breached this vital promise as liberty in urban areas has fallen below a constitutional minimum, and that the Thirteenth Amendment to the U.S. Constitution requires Congress to refresh liberty in these settings, consistent with Jefferson's command and the Constitution's guarantees.

Urban America is occupied by the “urban underclass”--the marginalized poor in America's inner cities. Members of the urban underclass are, generally defined, those who are economically impoverished, spatially relegated to ghettos, disproportionately African-American, subjected to discriminatory policies, and lacking prospects for social or physical advancement. They are a forgotten stratum of society--those on the fringe of both society and society's physical space. Violence and substance abuse are regular features of their experience, notwithstanding government programs designed to address these aspects of urban life. Consisting mainly of African-Americans and other minorities, members of the urban underclass are often the targets of race-based discrimination and race-conscious selective policing. Institutional shortcomings, entrenched and systemic failures of government programs in urban areas, and a related neglect as to the negative effects of these programs serve to perpetuate their economic station and fix their physical location.

As a result of the limited opportunities within these areas and the impact of these entrenched and systemic problems, members of the urban underclass are unable to be economically viable members of mainstream society (what may be termed “vertical liberty”), or to escape the geographic areas in which they live (what may be termed “horizontal liberty”). The specific absence of that which is needed to attain meaningful membership in modern American society suggests that today's heterogeneous urban underclass has become, in effect, the modern iteration of the Negroes of the antebellum period. The want of sufficient de facto (practical) liberty, despite the possession of de jure (formal) liberty, is of constitutional significance.

In particular, the conditions of the urban underclass implicate the Thirteenth Amendment, which was ratified in 1865 in the wake of the Civil War and specifically prohibits the institution of slavery in the United States. Its text provides that “[n] either slavery nor involuntary servitude, except as a punishment for crime whereof the party shall have been duly convicted, shall exist within the United States, or any place subject to their jurisdiction.” It further states that “Congress shall have power to enforce this article by appropriate legislation.”

The Thirteenth Amendment, despite its indeterminacy, has been interpreted to possess a rather expansive scope. For example, scholars have read the Amendment to encompass human trafficking, hate speech, child abuse, violence against women, abortion, the citizenship of children of immigrants, the autonomy of American workers, and U.S. corporations' exploitation of foreign laborers. More relevant to this Article, scholars have also read the Amendment to cover racial profiling, limited housing opportunities, limited educational opportunities, and the ability to travel. It appears that this second subset of issues, while significant in and of itself, contains but components and symptoms of a larger problem: the continued existence of an urban underclass, which activates the Thirteenth Amendment's requirements.

This Article argues that the Thirteenth Amendment is a proper federal vehicle for correcting the conditions of the urban underclass. The Amendment, I posit, contemplates federal intervention in the state and local governments' handling of its most troubled areas. Such federal involvement is appropriate because those responsible for these physical areas have not ensured that their residents have the necessary predicates for full and independent participation in society. The Thirteenth Amendment, in other words, supports the federal government's establishment of a minimum floor of economic and educational conditions such that the urban underclass may possess meaningful horizontal and vertical liberty, as defined in this Article.

As a preliminary matter, it is critical to note that the term “urban underclass” is not an abstraction or hypothetical description of some amorphous, unidentifiable people--the urban underclass consists of real individuals in the United States. Moreover, this Article is not about a theory of constitutional law, but rather a legal means by which to address the conditions faced by the urban underclass.

I develop this argument in three steps. In Part II, drawing on sociological studies, I explore the factual characteristics of the urban underclass--its significant poverty; concentrated placement in urban settings; isolation from mainstream economic society; generational inheritance and passing on of poverty; disproportionate composition of people of color, especially African-Americans; experiences with public and private discrimination; and structural causes.

In Part III, I present an overview of the Thirteenth Amendment, highlighting key Supreme Court cases and seminal articles interpreting both its meaning and its scope.

In Part IV, I translate the sociological findings of Part I into a legal argument under the Thirteenth Amendment as described in Part III. Specifically, I argue that the urban underclass's circumstances justify the imposition of federal remedial action under the Thirteenth Amendment, and that Congress should implement such action under its ample enforcement power. Part IV also responds to potential criticism, specifically, whether such relief is a mere proxy for welfare or government entitlements; whether such relief overlooks or discounts personal responsibility as a cause for the urban underclass's woes; whether such relief would comport with the Court's more stringent view of Congress's remedial authority in the Fourteenth Amendment context; whether such group-centric relief is impermissibly over inclusive; and, finally, whether the Commerce Clause is a more suitable source of power for congressional action in urban areas. Part V concludes this Article.

Before proceeding, it is important to distinguish the present inquiry from the recent grassroots response to economic inequality and corporate greed, otherwise known as “Occupy Wall Street.” This movement finds its origins primarily in the contemporary behavior of Wall Street banks and corporate officers who are alleged to have enriched themselves (illegally or imprudently) while the rest of society has been pushed further down the path of economic insecurity. It seems to be a cathartic reaction to the growing distance between the very wealthy and all others, and to the regulatory “free pass” given to Wall Street banks and executives. This Article is not about inequality or unfairness; it is about unconstitutionality and it is about those within urban areas whose economic and social conditions have fallen below a minimal threshold. It is about those who have been without meaningful liberty for generations, long before the current recession and Wall Street actions sufficiently agitated the “99%” into action.

This Article is a modest attempt to show why the decades-old cycle is not constitutionally sustainable. The urban underclass has been denied a great deal: the basic opportunity and tools to compete in today's modern world. This Article aims to show why they cannot also be denied a constitutional remedy for the conditions that reinforce and perpetuate their economic and social positions.

In the context of American westward expansion, Jefferson declared that the government would “provide new sources of renovation” to the principles of liberty should they “at any time degenerate in those portions of our country which gave them birth.” With that expansion now complete, it is necessary to look inward to those physical portions of the nation in which liberty is below a constitutional minimum, and appeal to the federal government to renew the liberty that is lacking in urban America.

In the Baltimore-based television series The Wire, the city's mayor called a press conference to address the city's “most vulnerable citizens.”

[T] hose who have fallen through the cracks of our society, those who command the least of our attentions and efforts. They seemingly have little to endear themselves to politicians. They don't vote, by and large. They don't contribute to campaigns. They offer little to a city's tax base and, to the extent that our government is made aware of their existence, it responds by trying to mitigate the damage done by their presence. We open a food bank here, a shelter there. We try to move them away from downtown, away from our communal areas, away from our schools, away from our homes. If you were to judge our society by the manner in which we treat those lost on our streets we would have cause to be shamed. . . . I believe that in the end we will be judged not by our efforts on behalf of those who vote for us, or those who contribute to our campaigns, or those who provide for our tax base. I believe that we will be judged by what we provide to the weakest and most vulnerable. That is the test.

Sociological evidence demonstrates that our society has failed that test. This Article argues that the Thirteenth Amendment compels us to do better.