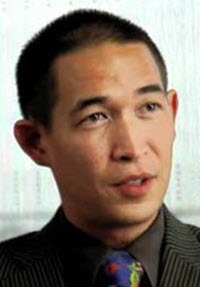 Various monuments and plaques near the University of Chicago's campus tell a heavily-redacted version of the tale of Paul Cornell. These plaques indicate Cornell was an attorney and real estate speculator. The University's campus sits within the verdant, patrician outpost of Hyde Park on Chicago's sprawling, impoverished south side. Occupying more than two dozen blocks, the campus feels grand, yet it occupies only a fraction of the real estate once owned by Cornell.

This setting and scenario are, however, not accidents. Rather, they are the products of careful drafting by Paul Cornell, who owned much of this land and who installed racially-restrictive, white supremacist covenants in tens of thousands of title documents and deeds, creating white pockets in the south side in the form of the Grand Crossing, Hyde Park, Jackson Park, and Kenwood neighborhoods. This was not a white encampment; it was an outpost, a white La Vendée. In the 1940s, the Supreme Court would catch a glimpse of the language that created Cornell's white Chicago enclaves in Hansberry v. Lee and would invalidate similar covenants in Shelley v. Kraemer. This precise legal drafting work should not be dismissed as “merely old words,” since archaic language and ancient custom may evoke and even set in motion things as permanent as marriage and as severe as whipping and hanging. Not boilerplate, these words were committed to documents of title with great care and clear intent.

Perhaps due to our collective contemporary discomfort with the concepts, convictions, and reasonings of white supremacy, scholars tend to discuss white supremacist people (and, to a lesser extent, policies in alignment with either of two allegorical caricatures, neither of which is descriptively rich nor analytically helpful. In the first, the white supremacist person is an active champion for the belief in the superiority of the white race, the truth of the white word, and the righteousness of any plan that affects the theft of privileges and properties from other people and awards them effortlessly and non-meritocratically to white beneficiaries; this person operates in terrorem. In the second narrative framework, the white supremacist person is a passive member in a nebulous white world that is depicted as environmental or ambient rather than cultural or structural. In this setting, the person is seen as a single fish within a much larger school, mindlessly and instinctively mirroring each turn as the school navigates into more and more objectionable shoals. The primary distinguishing characteristic between the two is that the former is a protagonist and advocate while the latter is a participant and sympathetic beneficiary of advantages built from the prototype of this prime example.

Cornell was an attorney who was not only an advocate of-but an architect of-several of the most important aspects of structural white supremacy in Chicago. He personally promulgated restrictive covenants covering hundreds of city blocks requiring that “[n]o person of any race other than the Caucasian race shall use or occupy any building or lot ...” within these bounds. He had the influence, power, position, and opportunity to engineer a structural apartheid from which he would personally benefit in financial and nonpecuniary respects. Using the power of the courts, the system of conveyances, and the arsenal of financial and political resources at his disposal, he sought to create an apartheid enclave in which “the jews, turks, gypsies, slavs, and others” would not prosper, recreate, or reside.

We do not know whether Cornell was driven primarily by white supremacist beliefs or primarily by his insight that white supremacist policies were financially attractive. Hence, rather than attempting to interrogate or somehow reverse-engineer Cornell's psychology, the following sections explore how he executed his plan and what occurred as a result. The goal of this exercise is to understand how Chicago, a city with a white minority and a troubled (and troubling) history of race relations would choose to celebrate and commemorate the life of Paul Cornell, whose profitable schemes generated enormous public costs borne in the currency of equity.

First, one must define key terms that did not exist in Cornell's time but are important in the analysis of Cornell's plan and its results and implications. The following sections explain these terms: integral white supremacy, structural apartheid, structural arbitrary advantage, and privatized urban planning. These terms are used differently by different authors and the usages here are carefully chosen to offer relevance and continuity of definition across very long periods of time. Following this, the intersection of white supremacy and privatized urban planning are discussed (including a discussion of privatized policing), then the narrative reunites these concepts with Cornell's biographical details and the relevant caselaw during and after (particularly in the 1940s) his death.

Today, Paul Cornell continues to be celebrated as the creator of four important parks near the lakeshore of Chicago's south side: Jackson Park, (George) Washington Park, (Harold) Washington Park, and the Midway Plaisance on the University of Chicago's campus. The Hyde Park Historical Society recognizes good deeds in the community by distributing Paul Cornell Awards. Cornell Avenue shoots south from 48th Street in Chicago, eventually becoming Cornell Drive when it reaches the Jackson Park neighborhood. Paul Cornell Elementary School at the corner of 76th Street and Drexel was among the last Chicago Public Schools sites to racially integrate and was demolished amidst the “white flight” of the 1970s.

Cornell's investment strategy, transforming a swampy lakeshore area into an all-white resort-like area, was only possible because integral white supremacy required and endorsed such a plan, a plan that only made sense to a sealed system of white investors, white buyers, and white residents. The tools of structural apartheid first protected the boundaries of the area; city government provided a threat to non-whites in the form of Chicago police and, later, as Cornell's fortune bloomed, Cornell's private police force provided the threat of violence at the perimeter. Those able to live in this ostensibly safer, nicer, cleaner area were able to do so because of structural arbitrary advantages--including intergenerational wealth and current-generation employment opportunities--given to them because of their race, class, and religion rather than because of their intelligence, hard work, or merit. The area's interior was defined by privatized urban planning designed to ensure continuity of outcome regardless of process.

In 2021, the neighborhoods situated on land developed by Cornell are overwhelmingly Black. Grand Crossing, the neighborhood in which Cornell's eponymous elementary school sat, is 96.2 percent Black as of 2015. Parkway Gardens, built on land once owned by Cornell, is where Michelle Obama grew up. The planned Barack Obama Presidential Center is to be built at a location in Jackson Park less than a mile from a forty-nine-foot-tall monument under which Confederate soldiers' corpses were reburied in Cornell's Oak Woods Cemetery; atop the monument's pillar stands alone grieving Confederate soldier with a fourth-story view of the more-than-95-percent-Black community surrounding the cemetery. In the foreground of his vantage are the graves of Mayor Harold Washington and Ida B. Wells. Mayor Washington is buried in the area where the Confederate monument was dedicated with speeches and music. Former Confederate General John Brown Gordon delivered the first remarks at the dedication; Gordon would soon thereafter become a “Grand Dragon” leading the Ku Klux Klan in the state of Georgia, then a U.S. Senator representing that state, and ultimately Governor of Georgia.

In the final decades (1984-1904) of Cornell's life, he lived in the penthouse of 1511 Hyde Park Boulevard, a property which had access to an uninterrupted stretch of lakefront and beach, as Lake Shore Drive would not be constructed for another two generations. There, he died of pneumonia, perhaps an early victim of the 1904-05 global influenza epidemic. His entire estate was left in trust to provide income to his widow, Helen G. Cornell, and three children, John E., Paul Jr., and Helen, as children George and Lizzie predeceased him. In the event all were dead at the expiration of the fifty-year trust, Cornell instructed that a hospital be erected in Hyde Park with the remaining funds. Whether due to mismanagement of investments or spendthrift children it is unknown, but no hospital was built upon the trust's expiration.

Contemporary white people on the south side benefit from Cornell's white supremacy; any intergenerational real property wealth of white families in the area is traceable directly to Cornell. The failure of groups like the Hyde Park Historical Society to examine Cornell's allegiance to, and support of, the central concepts and arguments of white supremacy is unacceptable. Without having a meaningful conversation about white supremacy and its role in both private and public acts of urban planning, it is difficult to agree upon a hypothesis that explains today's south side of Chicago--a place that is still more segregated than any other major metropolitan environment in America. White supremacy and the exclusion of immigrants and ethnic minorities was not merely an ingredient in the planning of Chicago's south side, it was the ultimate strategy, and, at the height of Cornell's power, must have seemed an inevitable victory. It will be difficult to ever know how many potential residents were driven away by threats, veiled or explicit, litigious or violent.

It took only a few flourishes of the pen to install poisonous, inequitable, white supremacist language that would run with the land for decades; it will take more than a century of work to flush the poison from the land. Though Cornell's language is unenforceable today, the existing distribution of homeownership will continue to divide people according to their races and their parents' races for decades to come.

The University of Chicago.