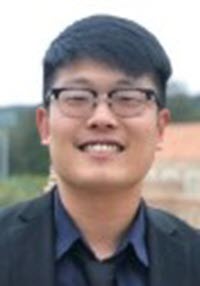 On May 25, 2020, George Floyd--a forty-six-year-old black man--was killed at the hands of the police in Minneapolis, Minnesota. While Floyd was lying face down exclaiming that he could not breathe, an officer knelt on Floyd's neck for eight minutes and forty-six seconds. During the final minutes, Floyd was motionless. Floyd's killing caused the United States to erupt in protest and triggered a renewed discussion about systemic racism in the country. Systemic racism refers to the way in which racism is embedded in our everyday life, manifesting itself within our societal institutions. Kwame Ture and Charles V. Hamilton defined the phrase as follows:

When a black family moves into a home in a white neighborhood and is stoned, burned or routed out, they are victims of an overt act of individual racism which many people will condemn .... But it is institutional racism that keeps black people locked in dilapidated slum tenements, subject to the daily prey of exploitative slumlords, merchants, loan sharks and discriminatory real estate agents. The society either pretends it does not know of this latter situation, or is in fact incapable of doing anything meaningful about it.

The central contention of the theory of systemic racism is that the racist institutions of our past have prominent and long-lasting effects that are reflected in the equitable outcomes of racial groups today.

An area of life in which disparate racial outcomes are highly evident is housing. The type of community in which a family resides has a profound influence on the health, safety, and education of the following generation. Accordingly, racist housing policies can be used to suppress minority communities in a cycle of violence and poverty for generations to come. Many-- perhaps even most--people in the United States believe that the residential segregation seen in every major metropolitan area of the United States is a phenomenon that occurred de facto, or in other words, not officially sanctioned by law. However, this cannot be further from the truth. The fact of the matter is that residential segregation has occurred de jure, backed by countless government policy mandates aimed at separating people of color from white people. Examples of racist housing policy were abundant throughout the Jim Crow era of United States history. For instance, “redlining,” a term coined from the color-coded credit risk maps used by lenders, refers to the practice of denying credit to certain geographic areas because of race. Although the practice was made unlawful by the Fair Housing Act of 1968, this lack of traditional sources of financing for black families contributed to the segregation of communities which persists to this day.

Other segregationist efforts included affirmative government actions such as the implementation of zoning regulations. Many zoning ordinances promulgated during the Jim Crow era either were explicitly or implicitly intended to prevent integration and remove minority families from white communities. In 1908, the Los Angeles City Council passed the first municipal zoning ordinance in the United States, establishing residential and industrial districts. Shortly after, in 1910, Baltimore was the first city to adopt an explicit racial zoning ordinance, prohibiting blacks from buying houses on majority white-owned blocks, and vice versa. In the following years, many Southern and border cities followed Baltimore's lead and administered zoning ordinances that were based explicitly upon race.

In 1917, the United States Supreme Court overturned a racial zoning ordinance in Louisville, Kentucky. In Buchanan v. Warley, the Court held that zoning ordinances based on race were an unconstitutional violation of the Fourteenth Amendment right to contract, as they interfered with the right of a property owner to sell to whomever he pleases. This decision led to various local government entities trying to find various legal “loopholes” in order to essentially attain the effects of racial zoning without explicitly referring to race. Enamored with the idea that economic zoning measures that did not explicitly refer to race would remain sustainable under Buchanan, the federal government became involved as well. In 1921, then Secretary of Commerce Herbert Hoover organized an Advisory Committee on Zoning with the purpose of developing a manual explaining why every municipality should adopt their own zoning ordinance. That manual, which eventually came to be known as a Standard State Zoning Enabling Act (“SZEA”), was mass distributed to local municipalities nationwide.

This Note will argue that the SZEA was a concerted effort by federal government officials to effectively achieve racial segregation by circumventing Buchanan's prohibition on explicit racial zoning ordinances through economic zoning measures. Further, the Note will argue that the government's goal was effectively realized with the seminal decision of Village of Euclid v. Ambler Realty Co., a decision marred with fundamentally racist underpinnings. Lastly, this Note will argue that America needs a new civil rights campaign to combat the lingering effects of government-sponsored segregation. Part I will provide an overview of the early history of racial zoning ordinances in the United States leading to Buchanan. Part II will be centered around the aftermath of Buchanan and how segregationist government officials used the SZEA as a strategy to promote economic zoning measures to local municipalities. Part III will examine the long-term impacts of such economic zoning regulations and explore remedies to desegregate affected neighborhoods that remain racially segregated to the present day.

In sum, American metropolitan areas remain segregated in the present day due to decades of racist housing policies that were actively pushed by all levels of government. This mission of residential segregation started with local governments enacting zoning ordinances that explicitly preventing white people and people of color from living or purchasing property on the same block. When the Supreme Court struck down explicit racial zoning ordinances in the case of Buchanan v. Warley, local governments began to rely on comprehensive city planning and economic zoning ordinances to achieve the same result of residential segregation. The federal government became involved when Secretary of Commerce Herbert Hoover's Advisory Committee on Zoning published the Standard State Zoning Enabling Act--a model comprehensive zoning law that was circulated to thousands of municipalities countrywide. This approach proved to be a success, with numerous localities enacting enabling statutes based on the model law within a couple years of its release. Economic zoning measures then went on to receive the blessing of the nation's highest court in the case of Village of Euclid v. Ambler Realty Company.--a decision that many view with high esteem but is actually tainted with racist undertones.

A century later, effects of government-sponsored segregation are still widespread in the United States. To counter and reverse the consequences of decades of government-sponsored segregation, the United States needs a new civil rights campaign to take affirmative and aggressive action towards integrating our cities. We must aggressively advocate for housing policy reform. We must require states and municipalities to adopt inclusionary zoning measures, like those seen in states like Massachusetts and New Jersey. We must encourage land banking and coordinated community investment to restore neighborhoods that have become poverty-stricken as a result of many of these exclusionary zoning ordinances. We must tighten up federal legislation and administrative regulations that follow so that municipalities will have to take responsibility for their share of fair housing. Lastly, we must better educate our youth so that our children do not grow up thinking that the segregated cities that they grow up in are products of natural migration. History has shown that passively waiting for a gradual change towards integration is not--and will never be--enough. De jure segregation can only be rectified through de jure integration, and a great deal remains to be done.