When Disability Is a “Nuisance”: How Chronic Nuisance Ordinances Push Residents with Disabilities out of Their Homes 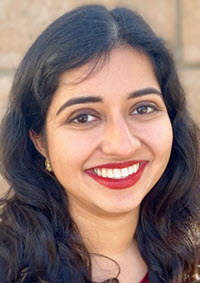 In February 2017, Jane called 911 after her boyfriend threatened to commit suicide. The police responded, wrote a report, and left. But the next day, Jane's landlord got a fine and a form letter from the town's Chief of Police ordering the landlord to “abate the nuisance” created by Jane's 911 calls. Under threat of fines and a first-degree misdemeanor charge carrying a sentence of up to 180 days, the landlord began eviction proceedings against Jane--all because she called for help, fearing her boyfriend was suicidal.

Bedford Codified Ordinance 511.12 is a chronic nuisance ordinance (chronic nuisance ordinance), just one of a growing number of municipal laws that label a household a “nuisance” when it is the site of a certain number of calls to the police, responses by emergency services, or other incidents of alleged nuisance conduct. The city designated Jane's home a nuisance in December 2016, three days after another incident in which she called 911 because her boyfriend had threatened to commit suicide by taking pills. When Jane called 911 again in February for the same reason, the city noticed that the call came from a so-called “nuisance property;” her landlord was fined $250, and Jane lost her home.

Jane and her boyfriend are not alone. Many tenants are evicted due to chronic nuisance ordinances, local laws that punish vulnerable residents because their homes are the site of behavior that cities and towns designate a “nuisance, ” often including calls to 911. When a municipality labels a home a nuisance, landlords are encouraged-- or, like Jane's landlord, legally required--to “abate the nuisance.” Civil rights attorneys report that “[m]any landlords respond by evicting the tenant[, ]... refusing to renew the lease[, ]” or urging tenants not to call 911 for help. For tenants like Jane, chronic nuisance ordinances create an impossible choice between risking eviction and forgoing help for a loved one in crisis. This Note will examine the serious threat that chronic nuisance ordinances pose to fair housing, especially for individuals with physical and mental disabilities. Part I explores the history, background, and features of chronic nuisance ordinances.

Parts IV through VII argue that chronic nuisance ordinances violate both landmark civil rights laws and the Constitution, especially when enforced against people with disabilities.