Structural Racism in Housing in Indianapolis 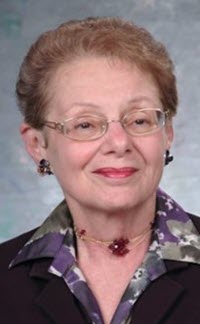 “[N]ow arise political extremism, white supremacy, domestic terrorism that we must confront and we will defeat .... We face an attack on our democracy and on truth. A raging virus, growing inequity, the sting of systemic racism, a climate in crisis.”

“Structural racism” is a newly popular term but a long-standing problem. It has been defined as “the policies, programs, and practices of public and private institutions that result in greater rates of poverty, dispossession, criminalization, illness, and ultimately mortality of African Americans. Most importantly, it is the outcome that matters, not the intentions of the individuals involved.”

The reality in the Indianapolis metropolitan area is that it-- like most major metropolitan areas in the U.S.--is pervasively segregated on the basis of race, with most African Americans in particular living in under-resourced neighborhoods isolated from white people and the amenities associated with white neighborhoods--good schools; healthy, safe, and pleasant environments; varied employment opportunities; inviting recreational facilities.

The Indianapolis Metropolitan Statistical Area (“MSA”) has been and continues to be one of the most segregated in the U.S. Although segregation did decrease significantly after 2000, it still is at a very high level--64.4%.

In 1971, U.S. District Judge Samuel Hugh Dillin, deciding a school desegregation case brought by the U.S. against the City of Indianapolis and the Indianapolis School Board, wrote that the Indianapolis MSA “includes, in addition to Marion County, the contiguous counties of Boone, Hamilton, Hancock, Hendricks, Johnson, Morgan, and Shelby.” The 1970 census showed the Black population of those seven counties to be 0.897%.

Today, the Black population of those counties is, in decreasing order:

Residential racial segregation is coordinated with economic segregation, so that most African Americans and other people of color live in neighborhoods characterized by high poverty as well as poor schools, poor employment opportunities, and unhealthy and unsafe environments.

Many such policies continue today. These principal causes are eight:

In addition to these policies, as Judge Dillin found:

Negroes were discouraged from purchasing homes in predominantly “white” neighborhoods by various methods: white realtors refused to show such homes to Negroes (and no Negro real estate broker was permitted to become a member of the Indianapolis Real Estate Association until 1962), a two-price system was used: a realistic market price to whites and a ridiculously inflated price to Negroes, lending institutions refused to finance homes sought to be purchased by Negroes in 'white’ areas. Those pioneering Negroes who nevertheless overcame all obstacles and succeeded in purchasing such a home were then harassed by such devices as threatening and obscene telephone calls, stones hurled through windows, neighborhood ostracism, etc. Certain streets and other landmarks, such as Fall Creek, White River, certain railroad tracks, etc., were regarded at different times as barriers to be hurdled by Negroes at their peril.

I briefly discuss below each of these eight and some actions we should take, as individual citizens, as leaders in our communities, and as real estate professionals, to undo and redress some of the harms caused by these policies.

A combination of Rothstein's correction of the deeds and plaques on the houses seems to be potentially very effective. To enhance both, the extent of the covenants' use should be documented.

Racial covenants have been analogized to monuments to slaveholders, Confederate soldiers, and leaders of the Ku Klux Klan. Like those monuments, the covenants are offensive, hurtful reminders of racial hatred and degradation. What has been written of the slavery/confederacy/Klan monuments is, I think true of the racial covenants--that they “poison[] our generations like radioactivity in the soil.” That radioactivity should be eliminated.