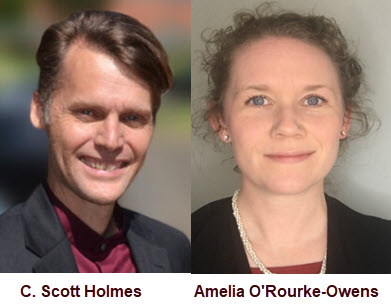 The history of white supremacy has, in principle and practice, poisoned the American legal system and undermined the rule of law in the United States. Civil disobedience and protest for racial equity expose the evil of white supremacy while at the same time offering a path to reform. By demanding a correction of institutionalized and systemic white supremacy, protest is necessary to achieve a more legitimate rule of law. Racially disparate treatment in the legal system is an area crying out for healing, repair, and reconciliation as a result of continued systemic racial inequality.

Racial inequality is a festering historic and generational wound because of a contradiction between the promise of equal protection of law and the history of actual racial oppression and exploitation--a contradiction planted at the root of our constitutional democracy, which continually undermines the principle of equal protection of the law. North Carolina's legal history shows how the seeds of white supremacy planted deep roots that grew into laws, policies, and systems that still influence how our present legal system operates. Protest has been an important tool in uprooting the insidious legacy of racism in our institutions and legal system.

Defending groups of protesters, we learned important strategies for mass criminal defense and have begun institutionalizing these efforts with a nonprofit, Emancipate NC, to train lawyers on how to defend protesters and protester groups.

To aid in the defense of protesters, we begin our journey by contextualizing protest and support the defense process all the way through trial. First, we make clear that protest is a form of political speech that deserves the strictest degree of scrutiny. Further, we call out the codified and institutionalized racism as they exist on the books today to add context to the larger dynamics surrounding protest and white supremacy. We provide intake documents, joint defense agreements, waiver of conflict-of-interest forms, waiver of first appearance forms, and other documents helpful to defending protesters. We also consult individually with volunteer lawyers as they prepare for trial, offering template motions, briefs, and example exhibits.

This work is informed by our extensive experience working with protesters and what we have learned from the “movement lawyers” who came before us. Law for Black Lives defines movement lawyering as

taking direction from directly impacted communities and from organizers, as opposed to imposing our leadership or expertise as legal advocates. It means building the power of the people, not the power of the law .... [W]ork over the long haul to dismantle systems of oppression including white supremacy, cis-heteropatriarchy, and capitalism in our country.

Movement lawyering, it could be said, is about “bolstering the genius of ordinary people to disrupt systemic inequity and wrest power from those who wield it in service to some, returning it to the community to make better decisions for the whole.”

In our protester defense practice, our role as movement lawyers is both individual and systemic: while we never assume to represent the entire movement at the core of the protest, we must also center for our clients every opportunity to divest power from the systems they fight against and to disrupt those systems. One must unlearn years of legal training and practice and also ensure the attorney meets her ethical duties to fully inform her client of his options and potential consequences.

Here, the role of the movement lawyer is to empower and amplify the voices of the people who are directly impacted by injustice. We therefore listen deeply to our clients and brainstorm with them, as equals, about ways to use and navigate the court system that achieve their goals. Protest defense includes a careful review of the charging documents for fatal defects in the pleadings because they are very often legally insufficient. We also seek to help the court understand our clients' conduct within the protection of the First Amendment and hold police accountable to their duties under the Fourth Amendment. On the whole, defending protesters has been a rewarding way to learn about the needs of our community and respond with the tools of the trial lawyer.

In addition to learning how to defend groups of protesters and the different areas of work that must be done to dismantle white supremacy, we learned how important it is to be in our communities and listen to people directly impacted by injustice. Our goal is not to specialize in any particular area of the law but become experts in what our community says it needs and find ways to use the courts and community organizing to address those issues. Sometimes that involves trying to make injustice more visible by framing problems with legal theories and litigating them. Litigation is one component of a multilevel community strategy that ultimately centers on protest. Protester defense alone does not offer reconciliation of the white supremacist history of the laws and enforcement of our state, North Carolina. But it is one important step to protecting those who put their bodies, and lives, on the line to make white supremacy visible and point our government towards necessary reforms.

Scott Holmes is Associate Clinical Professor of Law at North Carolina Central University School of Law in Durham, North Carolina, where he supervises the Civil Litigation Clinic and teaches Restorative Justice, Legal Problems of the Poor, and Criminal Procedure.