Listening to the Interracial Canary: Contemporary Views on Interracial Relationships among Blacks and Whites 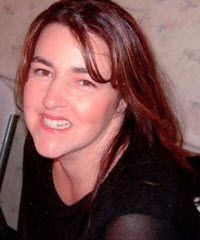 In 1967, the award-winning film Guess Who's Coming to Dinner, fresh on the heels of the much referenced U.S. Supreme Court decision in Loving v. Virginia, wrestled with how an older white couple handled their daughter bringing home a black fiancé. While the film ended with the white father offering his support, he lamented the “unimaginable opposition” that his white daughter and her black fiancé would face in the larger society. Fast forward to 2005, and mainstream popular films such as Guess Who and Something New paint a different picture of interracial relationships and societal responses, with black women dating white men to the chagrin of black families and communities. In Guess Who, whose title implies the connection to Guess Who's Coming to Dinner, the film offers a comedic take on a young black woman bringing her white fiancé home to her black family; however, the black family and community are now the ones with the problem. These two movies are noteworthy in that they reflect how interracial relationships are represented differently and raise the question of just how much the contemporary racial landscape and views on interracial marriage have changed.

In contemporary American society, black-white couples are often heralded as a sign that racial barriers have disappeared, and crossing racial borders is no longer taboo. In Interracial Intimacies: Sex, Marriage, Identity, and Adoption, Randall Kennedy argues, “Americans are becoming increasingly multiracial in their tastes, affections, and identities. The rates of interracial dating, marriage, and adoption are inching, and in some places rocketing, upward. This trend is, in my view, a positive good. It signals that formal and informal racial boundaries are fading.” Media reports also herald interracial marriage as a sign of racial progress and celebrate what they describe as an increasingly multiracial world. For example, in 2007 the Associated Press reported on the increase of interracial marriages, noting that “[c]oupled with a steady flow of immigrants from all parts of the world, the surge of interracial marriages and multiracial children is producing a 21st century America more diverse than ever, with the potential to become less stratified by race.”

This colorblind approach has generated widespread acceptance, especially in the mainstream media, which often touts how the increasing number and acceptance of interracial marriages have altered the racial landscape, making race and racism barely visible. The idea that society is becoming colorblind or has already moved beyond race by not acknowledging race or refusing to “see” color is widely accepted as the dominant ideology in contemporary American society. While this colorblind optimism is quite common in news reports that tend to make headlines, inside most of these pieces, there is at least a footnote that contradicts the headline, describing some opposition and evidence against their colorblind argument. For example, in the middle of the 2007 Associated Press piece, a few paragraphs acknowledge that interracial couples do face opposition and even blame black families for a big part of this opposition. Yet these revelations do not change the celebratory tone of the piece. Looking at interracial relationships through a colorblind lens is problematic because it ignores, even disguises, the power and privilege that still characterize race relations in this country. Rather than approach interracial relationships as a sign of racial progress, I argue that the metaphor of the miner's canary is more fitting.

In The Miner's Canary: Enlisting Race, Resisting Power, Transforming Power, Lani Guinier and Gerald Torres use the metaphor of the miner's canary to explain the experiences of racial minorities in society, which can expose the underlying problems that ultimately affect everyone, not just minorities. I argue that the experiences of black-white couples also can serve as a miner's canary because they reveal racial problems that otherwise would remain hidden, especially to whites. By looking at the experiences of interracial couples and the ways communities respond to their relationships, we have a lens through which to understand contemporary race relations. Furthermore, the issues that interracial unions bring to the surface--such as racialized and sexualized stereotypes, perceptions of innate racial differences, familial opposition, and lack of community acceptance--are not individual problems but rather reflections of the larger racial issues that divide society. While interracial unions have simultaneously been heralded as a way to erase racial difference and as a sign of racial progress, they are also perceived as the ultimate problem of race relations: a symbol of racial impurity among whites or an internalization of racism among blacks. The ability of two individuals to love each other, even in growing numbers, cannot change the social structure of race in this country. However, the societal responses to these relationships do give us insight into the social and political hierarchy of race.

The larger cultural and sociopolitical meanings that black-white couplings have for whites and blacks tells us something not only about interracial relationships but also about underlying racial discourses and practices. Drawing from research I have conducted over the past eight years--qualitative interviews with black-white heterosexual couples and multiracial families, focus groups in white and black communities, and a comprehensive analysis of media and popular culture representations of interracial relationships--I present key findings about societal views and responses to interracial relationships. Using a critical race approach, I explore the dominant images and beliefs about black-white couplings and what the group responses to interracial relationships tell us about contemporary race relations. The stories that we tell and are told about interracial relationships are not singular accounts or examples but “social events that instruct us about social processes, social structures, and social situations.” Narrative in this context is important, as I pay particular attention to the discrepancies in what the respondents say, what they do not say, and what they actually do. For example, what does it mean when a white man says he “doesn't have a problem with interracial relationships,” and is completely supportive of others marrying interracially but he would never do so because he does not find black women attractive? Would you say he is supportive, negative, or somewhere in between? In other words, is he tolerant or prejudiced, colorblind or racist? In what follows, I briefly address the dominant views of interracial relationships found among white and black families and communities, and then discuss the major themes that emerged from the research.

Like the miner's canary that warns of a poisonous atmosphere, black-white couples expose lingering racism, prejudice, and segregation in society. The discourse of opposition--whether coded in colorblind language or expressed outright--mirrors the contemporary prejudices and racism that plague our society. The opposition to interracial unions is based within a social structure organized around the idea of separate racial groups and the ideology that there are distinct differences between the races. Whites have produced this racial hierarchy and maintain it through continued separation, with a collective discourse against interracial unions being part of this. While race undoubtedly plays a major role in the structure and interaction of groups in society, it is becoming increasingly popular to emphasize the declining significance of race, or not to see it or acknowledge it at all. The power of these racialized discourses is illustrated by the narratives of whites and blacks on interracial unions, as well as the ways black-white couples discuss their experiences. For example, most white community members stated that they had no problem with interracial relationships, yet their actions did not reflect their words. The “unimaginable opposition” cited in Guess Who's Coming to Dinner in 1967 may not have disappeared, but it has been coded within a colorblind discourse that allows whites to argue that race no longer matters. At the same time, the focus on black opposition to interracial relationships depicted in contemporary films like Guess Who and Something New reflects some of the views discussed among black community members, but also distorts the contemporary racial landscape. It allows white individuals and communities like the ones interviewed to claim they are not the ones who have the problem with interracial relationships and are not racist, all the while maintaining the color line and reproducing racialized views and behaviors. Responses to interracial relationships are complex, and there is a discrepancy between people's words and their actions. Whites offered a “supportive opposition” by stressing their acceptance of interracial couples while living in predominantly white social worlds and expressing numerous reasons they opposed interracial unions. In contrast, the black responses can be characterized as “oppositional support,” where they stressed the problems they had with interracial dating in general, yet loved and accepted interracial couples among their family and friends.

Although white and black opposition was expressed differently and based on different reasons, the persistence of white racism underlies both. While my research has looked specifically at interracial relationships, my findings reveal how common racialized thinking and racist beliefs are among white communities; otherwise, whites would not be opposed to interracial marriage. In particular, the idea of having a black person in the family would not be viewed as unnatural if blacks were not viewed as fundamentally different and less desirable. Coupled with the low rates of interracial marriage between blacks and whites, the white responses demonstrate that interracial marriage is not the norm. Interracial marriage is not widely accepted in black communities either; interestingly, white racism also underlies the opposition of blacks to interracial relationships. According to the black respondents, their opposition is based both in the painful legacy of racism and their own contemporary experiences of discrimination and racism. Furthermore, interracial relationships are seen as arising from a devaluation of black culture and internalization of white racism. This further weakens the black community in a number of ways, such as losing successful black men who marry interracially and the increasing trend for children of black-white couples to identify as multiracial rather than black--for example, golf celebrity Tiger Woods. While interracial relationships initially may be questioned and the white partner not trusted, interracial couples, especially if they are perceived to be genuine loving relationships, are ultimately accepted in black communities. In white communities, it is less likely that the black partner or interracial couples will be completely embraced since the white opposition is based in beliefs of inferiority and difference, rather than lack of trust. While whites, in particular, present their choices not to intermarry as nonracial and individual, this collective opposition to interracial marriage is part of the larger structure of institutionalized racism.

Though laws banning interracial marriage were struck down by the Supreme Court in 1967, whites (and blacks) still draw upon certain images and ideas about black-white unions to discourage the occurrence of these relationships. Through the racialized words and actions of others regarding interracial relationships, it is clear that race still divides us. The basis for white and black opposition affects not only interaction between blacks and whites but also the social, economic, and political realms. The same ideologies that make whites prefer not to marry interracially and make blacks view interracial marriage as a self-internalization of racism form the basis of racial inequality. If an individual finds the idea of a relationship with a person of another race unnatural, undesirable, or unacceptable, can it really be assumed that this does not affect how they view members of that race in other areas such as the workplace, neighborhood, or in political office? For these reasons, it is essential that we continue exploring the intersections of race and black-white intimacy.