Love in the Time of ICE: How Parents Without Papers Are Stripped of the Right to Raise Their Children in a Safe and Healthy Environment

Excerpted From: Asees Bhasin, Love in the Time of ICE: How Parents Without Papers Are Stripped of the Right to Raise Their Children in a Safe and Healthy Environment, 36 Georgetown Immigration Law Journal 875 (Spring, 20220 (265 Footnotes) (Full Document) 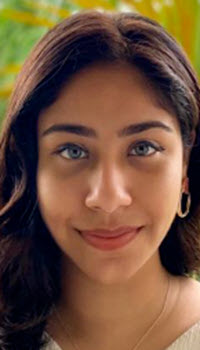 For decades, vitriolic narratives, stemming from nativism, racism, and xenophobia, have driven anti-immigration policy. In his characterizations of immigrants, President Donald Trump likened immigrants to animals and vermin, rapists and criminals, and said they came from “shithole countries.” He, and many before him, have asked why immigrants become parents and invoked dehumanizing tropes of uncontrolled sexuality and hyper-fertility, as well as narratives of birth tourism, anchor-baby making, and chain migration, to spread fear of scarcity and cultural loss. This popular public discourse serves as the bedrock of law and policy geared to deter immigration, compels immigrants to “self-deport,” and instills fear undocumented immigrants to “live in the shadows” and raise their children devoid of dignity in unsafe and toxic environments.

In 1994, a caucus of Black feminists coined the term “Reproductive Justice,” locating reproductive rights in their political context, and analyzed how intersecting identities of race, gender, class, ability, and immigration status, among others, impacted reproductive decision-making. This Article will use the Reproductive Justice (RJ) framework, which recognizes three foundational rights--the right to parent, the right to not have a child, and the right to raise one's children with dignity--to analyze the right of undocumented immigrant parents to raise their children in a safe and healthy environment.

Part I of this Article briefly discusses the traditional reproductive rights movement and its limitations. It juxtaposes this movement against the RJ framework and broadly defines the right to raise one's children in a safe and healthy environment. Part II of this Article selects and describes three dehumanizing tropes invoked in discussions around immigrant reproduction and parenthood. Part III discusses law and policy barriers that prevent undocumented immigrant parents from realizing their right to raise their children in safe and healthy environments. Part IV proposes recommendations that would allow immigrant parents to create environments that are safe and healthy for themselves and their children.

In conceptualizing the broad right to raise one's children in a safe and healthy environment, the RJ framework creates the capacity to look at all the different ways in which this right can be undermined, and it advocates against each one of them. In particular, it is a robust framework to analyze the marginalization of undocumented immigrants, since being undocumented is not simply a legal status, but influences where one drives, when one sees a doctor, and how one disciplines their child. This Article was inspired by the RJ framework to look beyond conventional “immigration law” and resist the urge to draw causal relationships between laws and their impacts on certain aspects of people's lives. Instead, it muddies the distinctions between past and present and rhetoric and policy to better understand the environment in which immigrant parents raise their children, and, in turn, how they are penalized for it.