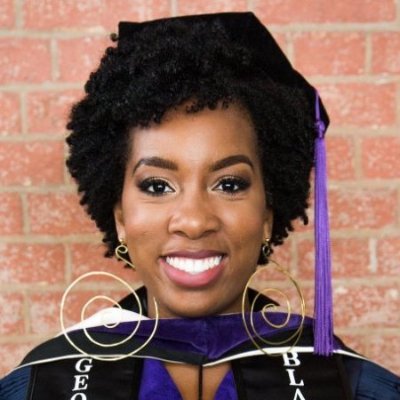 Additionally, this paper's fundamental framework rests on the lived reality of intersectionality theory. Coined by Kimberl‚ Crenshaw to describe the structural invisibility of the experiences of Black women in anti-discrimination law, intersectionality theory is applied here to the experiences of Black immigrants, both documented and undocumented. In sum, “Intersectionality is an analytic sensibility, a way of thinking of identity and its relationship to power. Originally articulated on behalf of [B]lack women, the term brought to light the invisibility of many constituents within groups that claim them as members, but often fail to represent them.” The marginalization of people with multiple oppressed-identities--like Black immigrants or undocumented Black people--contributes to their erasure and vulnerability, while distorting analyses aimed at combatting issues that plague the various communities to which people with intersecting identities belong. It is through this lens of intersectionality that the particular discriminations faced by Black immigrants and undocumented people must be viewed.

Anti-Black racism exacerbates the vulnerabilities of Black immigrants, and, moreover, the reduced visibility of this diverse population within immigration and criminal reform advocacy impedes efforts to advance meaningful immigration and criminal reform. BAJI has issued a list of organizing demands to combat these vulnerabilities, including:  (i) removing convictions, including aggravated felonies and drug offenses, as grounds for deportation and exclusion; (ii) ending the retroactive application of the 1996 Illegal Immigration Reform and Immigrant Responsibility Act (“IIRIRA”) and the Antiterrorism and Effective Death Penalty Act (“AEDPA”); (iii) restoring judicial discretion and due process for all individuals coming in contact with the criminal justice and immigration systems; (iv) ending permanent deportation; (v) ending mandatory detention; (vi) ending police-Immigration and Customs Enforcement (“ICE”) collaboration programs; (vii) eliminating the three and ten year bars to reentry to the U.S.; and (viii) providing a “right to counsel” in immigration proceedings for all immigrants. Since the 1997 implementation of the 1996 laws expanding deportation grounds, the U.S. has deported five million people, which is twice the sum of all deportations prior to 1997. Individual researchers support BAJI's findings. Few legal scholars or academics have concentrated on the uniquely distressing ways the criminal justice and immigration systems affect Black immigrants. Dr. Tanya Golash-Boza of the University of California, Merced, specializes in the gender and racial implications of racial profiling, stop and frisk, racialized application of criminal law, mass deportation, and mass detention. Her work focuses on Afro-Caribbean men and the ways in which they navigate the criminal justice and immigration systems. Dr. Golash-Boza linked a 2012 report on stop and frisk in New York City to the mass deportation of Black and Latinx men. She found that 90% of those stopped and frisked were Black and Latinx men, 98% of deportees are sent to Latin America and the Caribbean, and more than 75% of those deportees are male. Dr. Golash-Boza's independent research on Dominican and Jamaican deportees reveals that:

*104 “the vast majority of them were first picked up by police officers and then handed over to immigration authorities. [ ... ] As immigration law enforcement increasingly is being carried out by criminal law enforcement agents, the effects of racial profiling in criminal law enforcement have spillover effects into immigration law enforcement.” This connection echoes BAJI's condemnation of increased collaboration between ICE and local police, which leads to the funneling of Black immigrants into what has been coined the “crimmigration” system. Unlike Central American and Mexican immigrants who are often apprehended by Customs and Border Patrol at the U.S.-Mexico border, Jamaican and Dominican immigrants interact with local law enforcement officers deputized to carry out immigration enforcement. Dr. Golash-Boza explains, “The cooperation of police with ICE [ ... ] leads to an expansion of [the] racially stratified system of punishment into the realm of immigration law enforcement.” Dr. Golash-Boza has also studied the unequal application of immigration laws and deportation proceedings between ethnic groups. She asserts that the disproportionate impact of removal on Black and Latinx immigrants is yet another “manifestation of racial inequality in the U.S.” Her studies of Jamaican deportees reveal a startling trend: from 1996 to 2010, almost 100,000 of the 12 million legal permanent residents in the U.S. were deported. Almost 10% of those deported were Jamaican, yet Jamaicans made up less than 2% of all legal permanent residents during that period. In her conversations with 37 Jamaican deportees, she found that Jamaican legal permanent residents were often deported after being racially profiled by a law enforcement officer. As BAJI's study revealed, Black immigrants in removal proceedings for a criminal conviction are often legal permanent residents residing in the U.S. for 12 years or more. Removal is especially devastating for these immigrants who have established roots in the U.S. There is a contextual-historical aspect to the study of Black immigration. BAJI considers enslaved Africans in the U.S. to be the “first undocumented people to be *105 criminalized.” BAJI frames the Fugitive Slave Act of 1850 as a tool to arrest and “deport” runaway slaves back to their southern plantations. BAJI identifies the “othering” of Black immigrants, highlighting the work of Jamaican author Philip Kretsedemas:

In ‘The Immigration Crucible: Transforming Race, Nation, and the Limits of Law’, Jamaican author Philip Kretsedemas documents the racial profiling of Black immigrants. His research shows that local law enforcement officers arrest and turn them over to immigration officials at a rate that is five times their representation in the undocumented population. Kretsedemas also points out that second generation immigrants of color are very likely to be criminalized. The particular ways racialized criminal laws (and their manifestations in mundane stops and searches and racial profiling) result in devastating immigration consequences for undocumented or status-vulnerable Black people in the U.S. are is evident from the research discussed above. There is a direct link between the migrant rights movement that seeks to gain justice and status for undocumented people and the larger Movement for Black Lives. Intersectional activists have begun to use this link to expand the notions of immigration reform and racial justice.

Black immigrants live in the crosshairs of American-bred anti-Black racism and anti-immigrant sentiments. Despite an ever-increasing statistical presence in the United States, Black immigrants are excluded from the national discussion about immigration reform, which has falsely been painted as a Latinx-only issue, erasing Black immigrants from narratives about undocumented immigrants. Activists must ensure that this “invisible” population's specific vulnerabilities--being swept into the criminal justice system via anti-Black racism and then subjected to punitive immigration consequences--are taken into account.