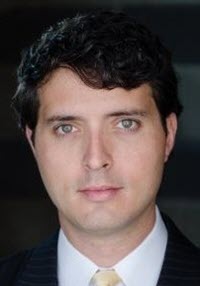 If, for the sake of national security, you were forced to make a decision that would limit the rights of individuals inside the United States, which groups' rights would you limit first? In the 2003 term, with Demore v. Kim, the Supreme Court held that mandatory detention of a lawful permanent resident (“LPR [lawful permanent resident]”) pending a deportation hearing did not violate the Due Process Clause of the Fifth Amendment. After Kim, the Federal Government has the right to detain LPR [lawful permanent resident]s, prior to a determination regarding deportation, without having to give individualized justification for--and without giving the immigrant the opportunity to challenge--the detention. The Kim decision, and its resulting restriction of LPR [lawful permanent resident] rights, was unexpected in light of general trends in noncitizen rights jurisprudence as well as specific Supreme Court precedent that evidenced movement by the Court in the direction of granting broader rights to resident aliens.

Kim was not surprising, however, if viewed with a more comprehensive understanding of the role the “other” has played in American immigration law. Specifically, when taking the concept of race into account, the blurry and contradictory landscape of immigration jurisprudence becomes more coherent-- betraying an unsettling image of immigration law. The Court's reliance on the plenary power doctrine to limit the rights of this “most favored” category of immigrants has far reaching implications not only for the specific LPR [lawful permanent resident]s being held pending deportation in the status quo but also for the broader conception of immigrant rights in America.

Part I of this Comment focuses on the history of legal permanent resident due process rights in American immigration law. This Part provides a pragmatic framework for understanding the recent procedural due process inconsistency as well as an explication of the most recent decisions that frame the reality for the many LPR [lawful permanent resident]s in the United States. This history shows that over time legal permanent residents have been afforded increasingly protected rights but that recently many of those rights have been rolled back. Specifically, this Part dissects the Kim decision and analyzes its detrimental impact upon the evolving treatment of due process rights of all aliens in the United States.

Part II explores the role that racism has played, throughout history and in the present, for the constructed immigrant “other” in immigration law. This Part analyzes a historical root of immigration law, the plenary power doctrine, and the role that racism has played in its construction and maintenance. Part II continues by providing a theoretical explanation of racism in immigration law. Finally, this Part integrates the Kim decision into this historical and theoretical foundation to establish how racism plays out in current immigration law, policy, and precedent. This Part argues that society's blindness to the underlying role that race plays in the system has created immigration policy with negative effects that could not have been foreseen.

Part III discusses the methodological void in current immigration scholarship for the concept of race. By actively taking race into account not only in a traditional analysis of the law but also in a nontraditional, critical race theory analysis, the Comment serves as a vehicle, itself, to counter traditional immigration jurisprudence's underlying disregard for race as a concept and critical race theory as a methodology. Combination--the more traditional immigration analysis found in Parts I and II.A. coupled with the more theoretical race intervention analysis found in Part II.B--will serve to facilitate confrontations, comparisons, and permutations that may reconcile the disjointed and erratic jurisprudence in this area. This combination of the traditional analysis, that takes race into account, and the unconventional analysis, which also takes race into account, may be the most effective method for introducing immigration jurisprudence to the possibility that race should always be considered. This Part argues that considering these nontraditional methodologies, although not the only or best solution to problems in this area of the law, is necessary to move forward into an era of coherent immigration policy.

Coming to grips with the Kim decision and overall immigration jurisprudence while utilizing a critical race theory lens may provide a greater understand of underlying trends and deconstruct the discriminatory basis for some immigration policy. This Comment concludes by describing the uncertain future for the “other” in immigration law at the point where due process liberty and security of the nation meet.

Race plays a large part in immigration law. In the past, the concept of foreign-ness as an element of race led to the deportaion and incarceration of both citizens and aliens. More recently, commentators found Demore v. Kim troubling due to its application of the plenary power doctrine to eviscerate the robust constitutional protections afforded LPR [lawful permanent resident]s but have not looked to the underlying themes of Supreme Court and immigration jurisprudence that may explain the decision. This Comment integrates a discussion of what has happened with why it may have happened--by expanding the scope of contemporary immigration scholarship to “include analysis of the effects that immigration law and its enforcement have on minority citizens.” Part and parcel to this goal, of the inclusion of new perspectives in understanding the role of race in immigration scholarship and law, is the expansion of traditional methods that question immigration.

Fundamentally, one structural reason that immigrants are considered “other” is that there is a species of punishment, deportation, that is available for aliens but not for citizens. This Comment does not contend that the existence of this special species of punishment is, in itself, a function of racism. To do so would be to argue that the existence of borders is racist, a task beyond the scope of the Comment. This Comment, likewise, does not contend that the Kim decision is itself racist. To do so would be an unjustified personal attack on the Court instead of an attack on the analytical void in immigration jurisprudence where a race analysis should reside. This Comment does contend, however, that the special species of punishment available in deportation provides an easy avenue for rights abrogation justified by national security concerns. To the extent that abrogation of LPR [lawful permanent resident] rights does not, in fact, aid in the fight against new security threats, the effects of the policy may manifest underlying racism. It is important to consider how closely solutions fit the problems they are trying to address. Measuring the extent that limiting due process rights of LPR [lawful permanent resident]s during deportation proceedings is a reflection of underlying racism or a continuation of the racist past is important to move forward, but may expose a bleak future for the immigrant “other” which may be targeted, in the future, for more extensive rights abrogation.

The chosen methodology of this Comment is to apply critical race theory to immigration. Hopefully, this approach will fill the void in current immigration scholarship: one that fails to “provide aliens and immigrants with a voice as fully as could the use of narrative . . . coupled with the more traditional approach.” Critical race theory, although not new as a general proposition, is a relatively new and appropriate avenue for immigration scholars to explore. The types of analysis endorsed here “can offer a powerful methodological supplement to traditional immigration scholarship . . . go[ing] a long way toward illustrating the failures of the status quo.” By endorsing a discussion of the interplay between race and immigration through the analysis of Demore v. Kim and the counterstory narrative, this bifurcated analysis opens space for speculation as to how to solve the problem of racist scapegoating implemented through immigration laws.