Immigration Law as a Social Determinant of Health 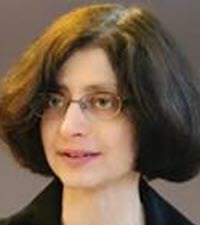 Over the last several decades, public health research has demonstrated that population health is shaped in large measure by a host of social factors, widely known as the social determinants of health (SDOH). According to the World Health Organization, the social determinants of health are the “conditions in which people are born, grow, work, live, and age, and the wider set of forces and systems shaping the conditions of daily life.” These social factors include “socioeconomic status, education, neighborhood and physical environment, employment, and social support networks, as well as access to health care.” Racism is another widely recognized social determinant that works through multiple pathways to create health inequities.

Immigration status acts in a similar fashion. A 2018 report from the Roundtable on the Promotion of Health Equity explained, “Like gender or race, immigration status represents another form of everyday inequality that may be pervasive and inescapable.” Law creates much of this inequality.

In this Essay, I sketch some of the direct and indirect ways that immigration law affects the health of immigrants, their families, and the broader community. Focusing on three different sets of recent initiatives of the Trump administration, I argue that these measures harm health by creating fear and trauma and impeding access to critical social goods, including health care, which can reduce health inequities. The measures also jeopardize health by offering the powerful message that individuals are responsible for their own ill health. Yet while these measures seem poised to undermine health and exacerbate health disparities, the legal mobilization that has taken place in response offers the potential of a very different outcome: one in which law provides a vehicle for protecting health by promoting health justice. Whether that potential is realized or whether legal mobilization reinforces immigration law's harmful impact on health remains to be determined.

Section I explains why immigration law should be viewed as a social determinant of health and outlines some of the pathways through which it may influence health.

Section II introduces several Trump administration initiatives, including family separation and detention, the public charge rules, the President's health insurance proclamation, and the abolition of medical deferred action. In each case, I focus on a different pathway through which the initiatives may harm the health of immigrants and the broader community.

Section III discusses the legal mobilization that has developed in response to these initiatives, arguing that it offers yet another pathway through which immigration law may affect health, for good or ill.

This brief Essay suggests that immigration law acts through multiple mechanisms as a social determinants of health. Some of these mechanisms, such as separating children from their parents, are relatively clear, and the ways they impact health are all too apparent to discern. Others, including the legal mobilization that has developed in response to the administration's initiatives, are far more indirect and challenging to measure.