Pregnant in Captivity: Analyzing the Treatment of Pregnant Women in American Prisons and Immigration Detention Centers 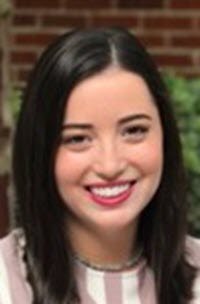 On September 10, 2010, eighteen-year-old Countess Clemons was incarcerated in Chattanooga, Tennessee's Silverdale Detention Center due to an assault charge. During her medical screening, jail staff verified that she was about fifteen weeks pregnant. For two months and ten days while incarcerated, Clemons complained to jail staff about abdominal pain as well as a five-hour span of vaginal bleeding. Finally, on November 19, jail staff transported her to a hospital where she delivered a fetus that died shortly after birth. Clemons's case settled for $690,000 after the Corrections Corporation of America was issued a sanction for destroying video evidence of her delay in treatment.

In April of 2017, Jacina Morales was pregnant while in Immigration and Customs Enforcement (ICE) custody in Tacoma, Washington. On the day she learned that ICE planned to put her on a flight back to Mexico, Morales began experiencing pregnancy complications: “I had pains and felt nausea.” Medical records from the detention center acknowledge Morales's anxiety and worsening condition. When Morales woke up bleeding and in serious pain one morning, an ICE officer told Morales that she would “see if they can see you quickly,” but Morales was not taken to the hospital until three hours after her initial complaint. When officers finally transported her to the hospital, they forced Morales to sit up in the back of a patrol car, making the bleeding worse. Morales's pregnancy ended in a miscarriage. Though ICE claims that Morales received appropriate care, Morales believes more could have been done and has filed a formal complaint with the Department of Homeland Security.

Unfortunately, the experiences of Countess Clemons and Jacina Morales as pregnant women in the custody of the United States government are not outliers. Pregnant women who are incarcerated in both American prisons and immigration detention centers endure inadequate and delayed treatment for their reproductive-health needs. This Note will compare the experiences of women in both contexts of confinement, analyzing the constitutional rights and legal remedies available to both. For pregnant women in both settings, inadequate pregnancy care is in violation of the Eighth Amendment's prohibition against cruel and unusual punishment. However, the legal remedies available to confined women with specialized needs are too burdensome and should be reviewed. Regardless of whether the detention is for the purpose of punishment or simply detainment pending other legal action, delayed or inadequate access to reproductive health care does not serve a valid interest of the United States government, as required by the Supreme Court.

In Part I, this Note will detail the treatment of pregnant women in American prisons, examining the quality of health care through narrative accounts of women who have been pregnant while incarcerated. Part I will also examine the legal remedies applicable to these women, explaining the avenues available to assert their constitutional rights.

In Part II, this Note will similarly detail the treatment of pregnant women in immigration detention centers through narrative accounts and examine applicable legal remedies and their accessibility.

Finally, in Part III, this Note will compare the experiences and legal standards applicable to women detained in both American prisons and immigration detention centers, arguing that both groups are entitled to better reproductive health care. Prevailing legal standards, as currently applied to both groups, do not adequately address the specialized needs of pregnant women and should be reexamined.

Pregnant women have specialized needs that require timely and efficient care, particularly in emergency situations. For women in the custody of the government, both through incarceration in American prisons and detention in immigration centers, the obstacles in asserting constitutional claims are often insurmountable. In the United States, the law should offer both vulnerable groups the accessible opportunity to demonstrate that their traumatic experiences constituted cruel and unusual punishment. In order to adequately protect the constitutional rights of pregnant women in the custody of the United States government, courts must take a gender-specific approach when addressing these claims. By at least removing the requirement of subjective knowledge from the deliberate indifference standard and implementing higher standards of care for pregnant women in captivity, courts can help ensure that women are treated with the respect and dignity they have earned simply by virtue of their humanity.

Juris Doctor Candidate (May 2020), The University of Alabama School of Law.