Building Treaties Instead of Walls: How NAFTA and the USMCA Make the Case for Treaties as the Future of U.S. Immigration Policy

Excerpted From: Audrey E. Martin, Building Treaties Instead of Walls: How NAFTA and the USMCA Make the Case for Treaties as the Future of U.S. Immigration Policy, 95 Tulane Law Review 387 (January 2021) (Comment) (180 Footnotes) (Full Document) 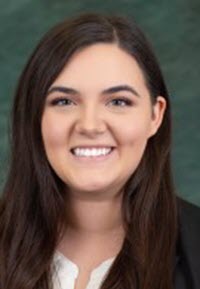 When President Bill Clinton signed the North American Free Trade Agreement (NAFTA) into law in 1993, he heralded that the United States was “on the verge of a global economic expansion” with a treaty designed to “tear down trade barriers” and “create the world's largest trade zone.” NAFTA, Clinton praised, would produce 200,000 American jobs in the next year alone, all part of “creat[ing] an economic order in the world that will promote more growth, more equality, better preservation of the environment, and a greater possibility of world peace.” While Clinton saw NAFTA as a trade deal for the twenty-first century, President Donald Trump sharply characterizes it as a disaster, tweeting that “NAFTA is the worst Trade Deal ever made.” In fact, President Trump campaigned on the promise to make a new North American trade deal, one that fixes NAFTA where some perceived it failed by outsourcing American jobs and hampering domestic labor.

Thus, late in President Trump's presidency and in the twenty-seventh year after NAFTA was signed into law, the Senate sent the United States-Mexico-Canada Agreement (the USMCA) to his desk. Billed as a revised NAFTA, the USMCA--the product of years of negotiation with Mexico and Canada and revisions by Democrats--updated an agreement criticized for enabling the loss of American jobs to Mexico. President Trump signed the USMCA on January 29, 2020, touting the new treaty as “the largest, most significant, modern, and balanced trade agreement in history.” According to the White House, the USMCA may “create nearly 600,000 jobs and generate up to $235 billion in economic activity.” The Trump Administration has steadfastly billed the USMCA as an overwhelming victory for the United States, freeing the country from the grips of “the terrible NAFTA agreement that resulted in the loss of millions of American jobs and devastated communities across [the] country.” However, nowhere among 2,082 pages of automotive tariff thresholds, Mexican labor regulations, or increased intellectual property and environmental regulations appear any meaningful changes to perhaps the most contentious issue between the United States and Mexico: immigration.

The USMCA's failure to address immigration is deeply ironic. President Trump has always highlighted the USMCA as a solution to America's problems, going so far as to say that “revamping [NAFTA] was the reason he ran for president and abandoned the 'beautiful, simple life of luxury [he] lived’ as a private businessman and celebrity.” However, 35% of Americans view the situation at the U.S.Mexico border to be a major problem, and another 39% describe it as a crisis. Although immigration is an issue often at the forefront of the political debate, the USMCA--for all its proposed solutions--does nothing to address our current immigration policies and relationship with Mexico. NAFTA was supposed to curb illegal immigration into the United States from Mexico and failed to do so, and now the much-anticipated update fails to deliver in the same way.

Ultimately, the reality is also that the United States needs immigrants, especially immigrants from Mexico. In fact, it is the missed opportunity to resolve this disconnect between America's real need for Mexican immigrants and its failure to create a path forward for undocumented people that inspires this Comment. Therefore, this Comment proposes that a treaty is a better model to bridge that gap. In exploring the treaty theory, Part I discusses modern Mexican immigration to the United States within the context of the history of U.S. immigration law, with a particular focus on how the Bracero Program and 1986 immigration reforms helped shape America's complicated immigration relationship with Mexico. Next, Part II analyzes how treaty-based systems have been used to address immigration reform, with emphasis on the European Union as a case study for widespread human movement as part of a global trade economy. Part III then studies how first NAFTA and now the USMCA have missed the opportunity to address the U.S.-Mexico illegal immigration problem via treaty negotiation, exploring both the advantages and disadvantages of this approach. Finally, Part IV concludes by suggesting a future U.S.-Mexico treaty agreement as a comprehensive solution that creates not only a proper U.S. security arrangement, but importantly, a path forward for the millions of immigrants living under the modern economy in an ever-globalized world.

The modern economy, ever changing and globalizing, is not the same economy as in generations before. It is not even the same economy as in 1994 when NAFTA was first implemented. Although the idea of trade across borders is not new--after all, the U.S. Constitution recognized the need to regulate commerce both between the states and with foreign nations is more connected than ever before, and that is reflected in how people do business. That desire for new opportunities around the world is embodied in the free trade agreement and in the idea that economic expansion awaits when one can tear down trade barriers and create a single market. The European Union has done so in a treaty that acknowledges that the free movement of people is just as important to that single market as the free movement of goods, capital, and services. And while the United States, Mexico, and Canada have tried to do so in NAFTA and now the USMCA, they have failed to recognize the human component, unlike the European Union. With the ink freshly dry on the USMCA, the party nations have missed the opportunity to borrow what works from the European Union and negotiate it into what will work for them.

Doing so will reap a plethora of potential benefits. Immigration from Mexico to the United States has long been a response to people's economic needs. Sometimes that immigration is legal, like during the Bracero Program, and sometimes that immigration is made illegal in response to failed reforms like the IRCA. Borrowing the principle of free movement of workers from the European Union has the potential to bring illegal immigration out of the dark simply by legalizing it, thus removing the obstacles to reflect the needs of the labor market. Immigrants are already walking that path anyway because the state of the economy demands it. The USMCA presented an opportunity to negotiate what U.S.-Mexico immigration relations would look like, giving the parties the power to work together on a solution and to be proactive rather than reactive. Further, a joint solution to immigration issues might go a long way in removing the stigma attached to being “illegal.” Instead of immigrants living in fear, legalizing all Mexican labor in the United States--through a treaty that spells out what works for the parties--would allow immigrants to focus on what is important: taking care of themselves and their families.

Of course, an immigration treaty would not be all smooth sailing. Brexit is proof that nations that were once part of the free-labor movement for decades can decide that it no longer works for them because it requires the sacrifice of too much sovereignty and the acceptance of too many foreigners. However, the European Union as a whole has been more peaceful and stronger because of the freedoms in the TFEU. With Europe no longer the center stage of global conflict, the European Union has done its job in economically and politically connecting the continent. Thus, while it may not be perfect, a treaty like the European Union binds its members together for the benefit of the world. Attempting a treaty that brings the people of North America closer together is certainly worth a try. Not only would the needs of the labor market be better met, but the resulting integration may help to heal animosity and anti-immigration sentiments. Beyond advocating for a treaty, this Comment also serves as a much-needed thought experiment in how to move immigration policy forward. Ultimately, the USMCA cannot aim to create a North American market free of barriers and keep ignoring the reality of how that affects the lives of the people needed to work in it. As the USMCA's impact is felt in the coming years, and as the workforce responds to it, hopefully the parties can recognize the human needs that power their economic goals and come together to work out a solution.