When Does Questioning Related to Immigration Status Constitute a Miranda Interrogation? 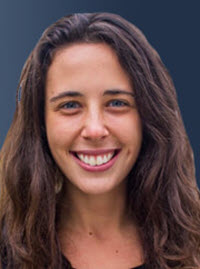 Though most immigration law violations are enforced through civil proceedings, the federal government has discretion to prosecute certain immigration-related offenses as crimes. In 2019, the federal government won conviction against 29,354 people for immigration-related crimes. More people were convicted for immigration-related crimes in that year than for any other category of federal crime. Generally, more than 99 percent of immigration-related convictions result from pleas. Operation Streamline--the ongoing policy of zero tolerance for unlawful entry offenses-facilitates this sky high plea rate. Under Operation Streamline, (primarily Latinx) noncitizen defendants are prosecuted en masse in courtrooms dedicated to hearing unlawful entry cases only, and these defendants receive few procedural protections. Given these circumstances, protecting noncitizen defendants' constitutional rights in criminal proceedings is vital.

As a partial response, this Essay examines the case of Juan Manuel Valenzuela-Sanchez, a noncitizen whom an Immigration and Customs Enforcement (ICE) agent questioned about his immigration status. Mr. Valenzuela argued at the Ninth Circuit Court of Appeals that the questioning violated his Fifth Amendment rights. Here, I consider whether the Court ruled correctly in Mr. Valenzuela's case. In doing so, I argue that a noncitizen whom ICE questions about her immigration status within a Federal District in which immigration-related crimes are frequently prosecuted can always show she was interrogated for Miranda purposes, so long as she can show that ICE had some reason to criminalize her, beyond simply securing her deportation. I then argue that ICE always has such an alternate reason to criminalize a noncitizen; ICE has an interest in punishing unauthorized noncitizens simply for being unauthorized noncitizens, and therefore ICE always has a reason beyond civil deportation to criminalize an unauthorized noncitizen.

My argument relies on a Ninth Circuit case which held that whether a noncitizen questioned about her immigration status was interrogated for Miranda purposes can depend on the rate of prosecution for immigration-related crimes in the Federal District in which the noncitizen was questioned. Only courts in the Ninth Circuit must follow the rule from this case, so most of my analysis focuses on Mr. Valenzuela (whom ICE questioned in the Southern District of California) and future defendants in the Southern District of California and the District of Arizona--the two Federal Districts in the Ninth Circuit with the highest rates of immigration-related prosecutions. However, I ultimately frame my argument as generally applicable because noncitizens may find it still holds sway in other Circuits.

Part I of this Essay explains the state of law on immigration-related questioning and interrogation in the Ninth Circuit prior to Valenzuela-Sanchez and illuminates the proper relevant rule: a noncitizen can show she was interrogated by ICE if she can show that the questioning took place in a Federal District in which immigration-related crimes are frequently prosecuted and that the officer had a reason to criminalize her in addition to civil deportation.

Part II elaborates on Valenzuela-Sanchez, examining Mr. Valenzuela's arguments and how the Court's decision misunderstood an important precedent case when it failed to note that the precedent case relied on the questioning officer's reasons for questioning the defendant--not the fact that the defendant was then in custody for an immigration-related crime--in determining whether an interrogation occurred.

Part III proposes how a future defendant in Mr. Valenzuela's situation could explain the relevant rule and make a winning case: She could argue that she was questioned in a Federal District in which immigration-related crimes are frequently prosecuted and that the officer who questioned her sought to criminalize her in order to punish her simply for being unauthorized.

Though Chen may only be persuasive authority outside of the Ninth Circuit, the reasoning from this Essay can still point to the kinds of evidence which might be sufficient to show ICE desired to criminalize an unauthorized noncitizen for more than just civil deportation in any Circuit. And if enough future cases relying on these reasons do succeed, the entire country can move closer to a truly categorical rule for interrogation as applied to questioning regarding immigration status.