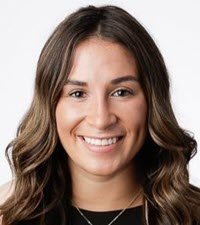 Are you Native American? Without hesitation, many of us could answer this question with either yes or no. Unfortunately, the federal Indian Major Crimes Act (“Major Crimes Act”) complicates this question. The Major Crimes Act was part of the Indian Appropriations Act of 1885. The Indian Appropriations Act was Congress's attempt to further the ultimate goal of civilizing Indians. Importantly, the Major Crimes Act fails to define the term “Indian,” forcing courts to develop various tests of NativeAmerican identity-- producing inconsistent results. However, litigation spent on defining “Indian” is superfluous. In the twenty-first century, the Major Crimes Act only serves as an outdated, unnecessary relic of the past reminding us of our founders' inability to accept and respect the individuals and the culture predating colonization.

In State v. Nobles, the Supreme Court of North Carolina recently found itself--for the first time--defining the term “Indian” as applied to the Major Crimes Act. George Lee Nobles and two others were convicted of robbing and fatally shooting Barbara Preidt within the Qualla Boundary. The Qualla Boundary is “the official name for the Cherokee Indian Reservation in western North Carolina.” However, unlike his two codefendants who were brought before a tribal magistrate of the Eastern Band of Cherokee Indians (“EBCI”) for indictment proceedings, Nobles was prosecuted by the State of North Carolina and brought before a Jackson County magistrate. Since the Major Crimes Act fails to define the term “Indian,” the court applied the two-pronged test created in United States v. Rogers to define the term “Indian,” but then adopted a four-factor nonexhaustive test created in St. Cloud v. United States to further complicate the matter. After considering various factors, the Supreme Court of North Carolina ultimately held that Nobles did not qualify as an Indian under the Major Crimes Act, and therefore the case must be tried by the state court instead of the federal court. However, the court would have reached the same conclusion if they would have ended the analysis after consulting the EBCI's tribal enrollment.

The Nobles decision fails to provide guidance for future judges and ignores the decision's potential scope. The court's adoption of a nonexclusive multifactored test further complicates the relationship between the government and tribes by robbing Indian tribes of the decision of who is “Indian.” Allowing a panel of judges to determine whether someone is “Indian” enough erodes tribal sovereignty. By taking the decision of who is “Indian” away from the tribes, courts continue to hack away at indigenous identity. Additionally, North Carolina's American Indian population, which is subject to the Major Crimes Act, is over 16,000 and could increase to nearly 100,000 if the Lumbee Recognition Act is passed. With 16,000 American Indians--and a possibility of tremendously increasing in upcoming years--it is likely that more individuals will be impacted by the Nobles ruling in the future. So, after about 140 years it is time to reexamine the Major Crimes Act. The Act should either be repealed altogether or substantially modified with the goals of tribal sovereignty in mind.

Part I of this analysis discusses the creation, development, and interpretation of the Major Crimes Act. Part II presents the facts and holding of Nobles. Part III shows how the Nobles decision could lead to various issues focused on how to weigh each factor, constitutional issues, and the issue of preserving tribal sovereignty. Part IV argues for the elimination--or at least revision--of the Major Crimes Act. Finally, Part V recommends that the Supreme Court of North Carolina adopt a bright-line test used by other courts in order to preserve tribal sovereignty and to create consistency in future decisions.

The Nobles decision has created a convoluted test that gives future litigants and courts little to no direction. A bright-line test that only considers tribal membership would avoid the balancing of various factors--this is especially important because there is currently no direction on which factors should be considered and what importance should be assigned to each. Although adopting a bright-line test would not have altered the outcome of Nobles's specific case, this would have a significant impact on the tribal community as a whole.

The broader issues of the Major Crimes Act are outside of the North Carolina Supreme Court's scope of influence. Congress is the true vehicle for eliminating the issues that the Major Crimes Act creates, but the Nobles decision has exacerbated the issues in the meantime. Thus, the court should be wary of creating ambiguous tests whose repercussions could include different results among seemingly indistinguishable facts. Tribes have had a long history of creating their tribal enrollment practices. This is why the second prong of the Rogers test should be left to the tribe to determine who qualifies as a member. Tribes are in a much better position to determine who is an “Indian” in their tribe than state court judges.

While determining who is “Indian” should be left to the tribes, it is time for Congress to reconsider the Major Crimes Act to untangle the unnecessary web of confusion. Jurisdiction should be put back into the hands of tribal government to further cement tribal sovereignty. Tribal governments have the means and desire to alleviate violence that occurs in Indian country. For 140 years, tribes have been under the thumb of the federal government--continuously having jurisdiction stripped from them. And over these 140 years the violence in Indian communities against Indians has been overlooked, discarded, and unjust, leaving many victims to rely on a government that has continuously attempted to define them in a way that makes it easier for the whites in power. It is now time to return jurisdiction back to the tribal governments.