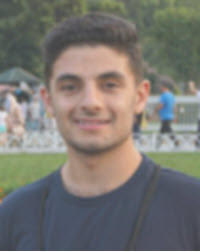 Born and raised in the French colony of Martinique, Frantz Fanon describes himself as a postcolonial subject situated both within a deeply racialized French colonial context and a racialized sense of self. Fanon's publications Black Skin, White Masks (1952) and The Wretched of the Earth (1961) are widely considered two of the most relied upon works to obtaining a fundamental understanding of anti-colonial liberation struggles; and his central ideas continue to speak to our current age. His scholarship expresses how colonial racism, and the resulting dehumanization, creates complications of identity for the colonial subject. Fanon examines the ways in which the colonial mentality devalues black consciousness and relies on case studies of anti-Black racism in France and the French West Indies to show how the adoption of the French language and cultural norms lead the colonized to participate in one's own oppression and alienation. The Wretched of the Earth foregrounds the notion that colonialism is not an accidental formation; rather, the colonial world is a “Manichaean world” with a binary division between good and evil and is distinctly relevant to modern structures of power.

I interrogate the relationship between Fanonian concepts and the racist language in American Indian case law because Fanon positions race and the hierarchy of race at the center of his analysis on anti-colonial resistance. Fanon writes:

The singularity of the colonial context is that economic reality, inequality, and the immense difference of ways of life never come to mask the human realities. When you examine at close quarters the colonial context, it is evident that what parcels out the world is to begin with the fact of belonging to or not belonging to a given race, a given species. In the colonies the economic substructure is also a superstructure.

As it relates to the colonial oppression, Fanon understands that whiteness operates as both a political ideology and as a point of relation to private property and capital. Further, Fanon values an understanding of decolonization outside of academia and the administration of law. He highlights the necessity of the colonized to overcome the alienation produced by colonial oppression outside of the culture and intellectual possessions of the colonizer. Stated differently, Fanon adheres to the principle that decolonization is always a violent event and an agenda for total disorder within the colonial situation. I rely on Fanon in my analysis because he offers a lens in which violent, indigenous opposition to dispossession and disempowerment brought by colonialism can serve as a means to overturn feelings of alienation. Most importantly, Fanon's vision of a just society is one that demands an end to economic exploitation, imperialism, racism and other systems of oppression that do not embrace the principle that every human is of worth.

I chose to write this Comment because I believe that an understanding of the history of racist American Indian law is a precursor to achieve justice for Tribal nations and eventual abolishment of the Supreme Court as a colonial institution. I do not believe Indigenous liberation, or any other liberation movement will succeed through a “gentleman's agreement” with the mechanisms that preserve white racial hierarchy.

Decolonization never goes unnoted, for it focuses on and fundamentally alters being, and transforms the spectator crushed to a nonessential state into a privileged actor, captured in a virtually grandiose fashion by the spotlight of History. It infuses a new rhythm, specific to a new generation of men, with a new language and a new humanity. Decolonization is truly the creation of new men. But such a creation cannot be attributed to a supernatural power: the 'thing’ colonized becomes a man through the very process of liberation.

Federal courts have “crushed” Native people to a non-essential state. The process of transforming Tribal nations from a non-essential state into a privileged actor requires retirement of the Marshall Model, consistent rejection of precedent that relies on racist white supremacist ideology, and implementation of alternative methods of resolution that are led by Native people.