Worcester V. Georgia: A Breakdown in the Separation of Powers 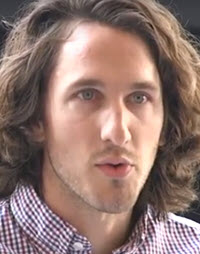 Thomas Jefferson believed that government could destroy liberty by “generalizing [and] concentrating all cares and powers into one body.” The founders thus balanced power between three branches of government owing obligations to one another. The legislative branch writes laws and ratifies treaties, the judicial branch interprets laws, and the executive branch directs the government and enforces laws. In this article, I examine the circumstances surrounding Worcester v. Georgia, noting that each branch failed to uphold this balance-of-power framework: the President by ignoring a Supreme Court decision, the Senate by ratifying an illegitimate treaty, and the Supreme Court by failing to take steps to enforce a decision. The subsequent breakdown in governance reduced confidence in government and had dire consequences for the Cherokee Nation.

Part II of this article describes the circumstances and events leading up to Worcester v. Georgia.

Part IV analyzes the ways in which each branch of government neglected its respective constitutional obligations.

The framers created a system that, used properly, was capable of preserving the balance of power. To prevent a “gradual concentration” of power in one branch, they gave “those who administer each department the necessary constitutional means and personal motives to resist encroachments of the others.” Citizens can hold leaders accountable and “determine on whom the blame or the punishment of a pernicious measure, or series of pernicious measures, ought really to fall.” In the Worcester case, blame for the breakdown in the balance of power and the resulting tragedy should be shared. Jackson did not fulfill the executive branch's constitutional duties by seeing that the law was fulfilled. The Senate and Court - each dependent on presidential direction in many matters, while “able to resist presidential direction in others” - also failed to protect the rule of law.

The President is required to “take [c]are that the [l]aws be faithfully executed.” The President may require the opinions of principal officers on the exercise of their duties. Nevertheless, the President is not charged with interpreting or creating law, as legislative power is delegated to Congress, and judicial power to the judicial branch. Purportedly based on these principles, Benjamin Butler claimed that Jackson lacked legislative authority to interfere in Georgia and should refrain from doing so. Butler claimed that the Court's decision, though invoking support for the Cherokee Nation, did not enumerate specific judgments beyond overturning the Georgia law. Both claims, especially after passage of the Force Act, are dubious. First, just two days after Worcester's and Butler's release, when North Carolina invoked nullification to justify not paying customs duties, Jackson ensured that the law would be faithfully executed. He threatened to use military force, and made a request to Congress to pass the Force Act to allow him to use coercive means to enforce the law. He took no similar steps to enforce Worcester, even after the Bill was passed. Second, the Court's decision did enumerate specific principles: it specified that treaties between the federal government and Cherokee Nation were valid, as was the stipulation that the United States “restrain their citizens from trespassing” on Cherokee land. Georgia, concluded the Court, had violated these pledges. Jackson could have, and should have, enforced the decision by enforcing treaties and protecting Cherokee land, as federal troops did in North Carolina and Tennessee. To legitimately oppose the decision, he could have called for legislation, authored executive policies, or mobilized interest groups.

The Senate should have rejected the Treaty. Instead, Jackson's supporters held a super-majority and ratified the Treaty despite the minority's claim that the Treaty was as “fraud,” enforced through government power. John Ross, the duly appointed head of the Cherokee National Council, vehemently opposed the Treaty, calling it a “false paper,” and a “forgery . . . by a knot of unauthorized individuals.” He delivered to the Senate a petition signed by sixteen thousand Cherokees who opposed the Treaty, which contrasted sharply with the vote on the Treaty that received at most 114 votes out of thousands. Nonetheless, the Senate ignored that it was an illegitimate treaty and allowed negotiators to abuse the rift in the Cherokee leadership, allowing removal to continue. The Senate ought to have demanded a legitimately ratified treaty, based on principles President Washington articulately explained. Washington said,

It is said to be the general understanding and practice of nations, as a check on the mistakes and indiscretions of ministers or commissioners, not to consider any treaty negotiated and signed by such officers, as final and conclusive until ratified by the sovereign or government from whom they derive their powers. This practice has been adopted by the United States respecting their treaties with European nations, and I am inclined to think it would be advisable to observe it in the conduct of our treaties with the Indians.

To understand why the Court bears responsibility, we can contrast Worcester with Cooper v. Aaron, a decision released to enforce Brown v. Board of Education. In Cooper, the Court took a firm stance against nullification. The opinion explained that “[n]o state legislator or executive or judicial officer can war against the Constitution without violating his undertaking to support it,” and concluded that “the constitutional rights of children not to be discriminated against . . . [and] can neither be nullified openly and directly by state legislators or state executive or judicial officers.” President Eisenhower, who deployed the National Guard to enforce the Court's decision, did not display Jackson's hostility to the Court. Nonetheless, change, and enforcement of the Court's decision (as seen in Brown), required an enforcement opinion. Yet the Court took only the first step in Worcester, eschewing enforcement, and providing tacit consent for removal.

The Court pursued this course of action notwithstanding obvious warning signs: Georgia's boycott of oral arguments, a ten-month delay in Worcester's release, and the well-known possibility that the opinion might be ignored. The Court, likely intentionally, preserved the precedent, but allowed Georgia to continue removal. Why did the Court not pursue the case or enforce the decision? Likely, for practical and political reasons. Practically, doing so could have required the Court to expand its docket and hear a flood of Indian cases. Issuing an order required a unanimous vote from the Court, and corralling the justices' votes may have been difficult. The Georgia state court strategically chose not to respond to the decision in writing; lacking a lower court ruling to reverse complicated the Court's task of issuing a remedial order.

The Court was also hesitant to delve into political questions. Opposing public opinion and a popular president representing American views (e.g., expansionism and manifest destiny) could be highly unpopular.

Scholars have suggested that Marshall anticipated that the Worcester opinion might be ignored and authored it as a political attack on Indian removal, rather than as an answer to the questions presented. The opinion could serve a political purpose, raising Indian removal as an election issue, while ignoring the consequences for the Cherokee Nation if the opinion were unenforced. And finally, less than thirty years after Marbury v. Madison, perhaps Marshall and his colleagues were nervous that if enforcement efforts were unsuccessful, it would cause institutional damage to the Court.

Regardless of the reasoning, the Court issued an opinion, and then abandoned the case. Justice Story captured the Court's sentiments, saying, “Thanks be to God, the Court can wash their hands clean of the iniquity of oppressing the Indians and disregarding their rights.” Neither the Court, nor any government branch, should look for opportunities to avoid the duty to protect the rule of law. Yet, it appears the Court did so, notwithstanding that the Court had the means to do more. The Court could have instructed that the orders issued to Georgia - which mandated Worcester's and Butler's release and directed the Georgia court to reverse its decision - be delivered to the court by a federal marshal. If Georgia failed to act and the lower court continued to avoid signing a decision, the Court could have issued another order. In the coming years, the Court could have issued further opinions requiring that white settlers be expelled from Cherokee lands - well within the purview of the Court after passage of the Force Act of 1833. The Court could have monitored lower courts instead of washing its hands of the case and permitting southern state courts to sidestep Worcester and continue to ignore tribal sovereignty.

William Wirt pointed out that “[i]n a land of laws, the presumption is that the decision of courts will be respected; and, in case they should not, it is a poor government indeed, in which there does not exist power to enforce respect.” Citizens, and in this case the Cherokee Nation, ought to be confident that in a land of laws, the President will respect and enforce the Court's opinions, the Senate will negotiate in good faith, and the Court will monitor lower court and state actions, and, when necessary, issue remedial orders to enforce the law. In Worcester, this was not the case. Failures in the balance of power undermine the confidence we place in government and the rule of law. As Samuel Worcester explained,

Who will hereafter venture to place any reliance on the Supreme Court of the United States for protection against laws however unconstitutional . . . if we now yield through fear that the decision of the court will not and cannot be executed?

Matthew Sundquist is a Fulbirght scholar in Argentina, and a teaching assistant at the University of San Juan.