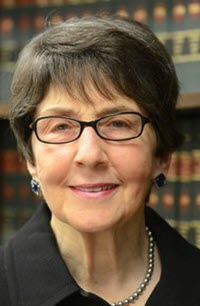 In the 21st century, New York's judicial system has been a national leader in improving the administration of justice for tribal nations within the borders of the state. These efforts have been undertaken in large part by the Unified Court System's Tribal Courts Committee (the Committee) and through initiatives developed by the New York Federal-State-Tribal Courts and Indian Nations Justice Forum (the Forum). This article will discuss the origin, history, and mission of the Forum, and will highlight some of the transformative work of this collaborative partnership for New York's indigenous communities.

The New York Federal-State-Tribal Courts and Indian Nations Justice Forum has its origins in a project of the Conference of Chief Justices--an organization of the chief judges of the courts of the 50 states, the District of Columbia, and the United States territories--with the mission of improving the administration of justice in state court systems. In 1985, the Conference created a body, ultimately denominated the Tribal Relations Committee (TRC), to address concerns about conflicts in the exercise of jurisdiction by state and Indian tribal courts. The discussion was precipitated by two decisions of the United States Supreme Court in Three Affiliated Tribes v. Wold Engineering, PC, involving the exercise of civil jurisdiction by a state court over a controversy originating entirely in Indian country, in the absence of consent by the Indian tribal nation in question.

The NY Forum has succeeded by adapting the Conference of Chief Justices' tribal-state court forum model to the unique historical and legal circumstances of New York, adopting a very loosely organized body with a flexible format, capable of growing organically as conditions warrant. The key to moving forward, we have found, is to take time to listen to one another, to respect the principle of Guswentha, and to thereby bring our good minds together. Challenges remain, but we are more optimistic than ever about the Forum's future.

Marcy L. Kahn is an Associate Justice of the Appellate Division of the Supreme Court of the State of New York, First Judicial Department.