The Battle for an Undiluted Black Vote in Louisiana: Recollections of a White Southern Civil Rights Lawyer 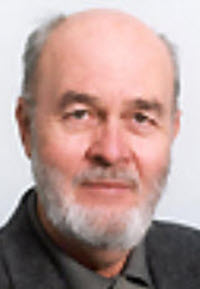 In 1970, there were only sixty-four state and local Black elected officials in Louisiana. By 1984, there were 408 and by 1990, 527. The increase came about in two steps. First, under the 1965 Voting Rights Act, federal voting registrars were sent to Louisiana and other Southern states to directly register voters. This strategy replaced earlier, vain attempts to get the white Louisiana registrars to apply their rules equally.

In 1960, Black voter registration in Louisiana was only 30.9%; it doubled by 1970 to 61.8%. Yet, due to widespread racial gerrymandering, this significant advance in the Black electorate had not produced many Black elected officials. The second step leading to the increase in Black elected officials, therefore, was the more complicated task of removing this obstacle. I became active in this arena and contributed to it.

The Voting Rights Act included a strong remedy to combat racial gerrymandering: Section 5, which required federal preclearance for all changes in voting procedures after 1965. Section 5, however, was not self-executing. Litigation was often necessary to force jurisdictions to comply. Moreover, in some cases, the changes predated the 1965 Act, and traditional constitutional litigation was required. The federal courts frequently had to be employed to devise a neutral plan to replace the discriminatory one.

There were few changes in districting arrangements until the decennial census results became available around 1972. At that juncture, most governmental legislative bodies were compelled by the “one-person, one-vote” principle and enforcement litigation to modify their election systems to create districts of equal population under the new census. This created a great opportunity for gerrymandering away the newly won Black vote.

There were virtually no private lawyers in Louisiana at that time with the will and specialized voting rights litigation skills to perform this needed link to Black electoral success. The United States' Department of Justice could do a few cases, but they were spread thin throughout the South. Thus, enforcing the constitutional and statutory prohibitions against racially discriminatory districting in Louisiana became my project for the decade. Before it was over, I had litigated more than fifty cases challenging racial gerrymandering against Louisiana's school boards; police juries, the counterpart of county commissions; cities; towns; the state legislature; and, ultimately, Congressional districts.

This is a view from the trenches of a white civil rights lawyer native to the South. In addition to describing many of the cases and their outcomes, it provides insight into the litigation tactics and strategies employed, the political and demographic context, and some of the moral and ethical issues unique to being a white lawyer representing Black plaintiffs in class actions. I try to relate the experiences of a civil rights lawyer on the ground level, functioning as an implementer of rules and legal precedents established by the legal heroes of the civil rights movement.

Hopefully, my story will fill a gap in the saga of obtaining effective Black voting rights, the last step in converting the law on books to law in action. It is not the story of landmark cases in voting rights law--although some became significant--but of one lawyer and lots of little cases, which finally led to a payoff for Black community members, enabling them to elect officials of their choice in Louisiana. I like to think of it as the story of a parish priest, not a bishop.

There are three models of using law to effect social change: the movement support model, the law reform model, and the legal aid model. The movement support model supported the activities of the civil rights movement by removing the legal shackles on their activities, such as getting demonstrators out of jail so they could demonstrate again. This was the approach of civil rights legal organizations such as Lawyers Constitutional Defense Committee (LCDC), in its early days, and the Lawyers Guild. The law reform model favors affirmative lawsuits to change the law in a systematic way to advance the social and legal interests of a large class of people. For example, Brown v. Board of Education, and many of the cases brought by the Legal Services Program in the early days of the war on poverty, took this approach. The legal aid model takes an individual's legal problems and addresses them directly using the existing legal systems, such as getting an individual a divorce or preventing an eviction.

Some of my early work with LCDC employed the movement support model. However, as direct action for civil rights waned and the courts became more receptive to law reform, I moved in the direction of this model, particularly in voting rights cases. Although these cases reformed the law, making elections fairer, the result was to empower the movement by protecting the vote, through which the Black community could effect change.

In this context, I believed my special role as a civil rights lawyer was not to create major landmark law reform doctrines, but rather to implement and enforce those rulings. Throughout the South, including Louisiana, racial gerrymandering ran rampant after the 1970 census results. The methods, first labeled by my colleague Frank Parker of Lawyers Committee for Civil Rights under Law in Jackson, Mississippi, were: “packing, cracking, and stacking” “Packing” referred to the practice of packing as many Black voters as possible into one district to leave a minority of Black voters in neighboring districts. “Cracking” referred to dividing a concentration of Black voters into two or more minority-Black districts, classic line-drawing gerrymandering. “Stacking” referred to stacking or adding white voters to a district to dilute the Black vote resulting in yet another minority-Black district, accomplished by the use of multi-member districts or at-large, parish-wide elections. I confronted all of these in Louisiana.

A civil rights lawyer's main challenge is figuring out how to make a living while continuing to litigate cases. Many in private practice who consider themselves civil rights lawyers only pursue these cases part-time and devote a major part of their practice to other types of cases that more easily produce income, like personal injury or criminal law, or even a general practice involving wills, divorces, and contracts. Often these other pursuits become so lucrative that they abandon more and more of their civil rights docket.

On the other hand, I chose to devote my practice exclusively to civil rights cases. I never drafted a will or a contract and worked on only one divorce and one child custody case for friends, and I regretted working on both. The issue was how to make these civil rights cases pay enough, so that I could continue practicing them exclusively. Few lawyers could maintain these cases exclusively. One of my colleagues managed to make a living exclusively litigating civil rights police brutality cases where, if she won, she would recover a percentage of the damages. These types of cases were extremely difficult in the 1960s and '70s because juries are required in damages cases. In those days, juries were usually sympathetic to the police and believed whatever they said. Police brutality cases are also procedurally complex and require specialized litigation skills.

Although I worked as a salaried employee of a civil rights or poverty rights organization from time to time, most of my years were spent in private practice. My first job, working for the LCDC, gave me the opportunity to develop my civil rights litigation skills without risking starvation. I also learned the skill of obtaining court awarded attorney's fees. Traditionally, the “American rule” was that parties bore their own attorney's cost regardless of whether they won or lost. In the 1960s, the Civil Rights Bar began to convince the federal courts that in certain circumstances losing defendants should pay the prevailing plaintiff a reasonable attorney's fee. These were court-made rules based on several different theories. The first rule established required the bad faith defendant to pay. This should have been easy in the days of massive resistance to desegregation but was not because of unsympathetic Southern federal judges. Another rule was the “common fund” theory. If the litigation created a common fund, then the plaintiff's fee could come from the fund. Unfortunately, this applied to few civil rights cases. The theory that worked the best was the “private Attorney General” approach. The idea was that the private plaintiff took on the public interest task that the Attorney General would ordinarily litigate. The implication was that there were more of these cases than the Attorney General could reasonably pursue, so it was in the public interest to encourage private lawyers to take them.

This theory worked quite well for me. Of great help was the work of Mary Frances Derfner, the wife of Armand Derfner the former director of the LCDC and my most influential mentor. Mary Frances collected federal decisions, many not reported, awarding attorney's fees under each of the theories, and distributed them to interested civil rights lawyers. After a while, these theories, especially the private Attorney General theory, became well established in the federal courts and the rule became that ordinarily attorney's fees should be awarded to the prevailing plaintiff, but not to the defendant. The idea was to encourage plaintiffs and their lawyers to take on the difficult burden of going forward with litigation despite the risk of loss.

As my practice developed, it turned more and more to voting rights cases. Not only did I see the need unfulfilled by the Justice Department and other lawyers, but I had also become quite skilled and knew I could win these cases and earn a court-awarded fee. The fee was to be “reasonable,” which left quite a bit of discretion with the judge. The appellate courts provided some guidelines, such as the “lodestar” was to be calculated by using the lawyer's reasonable hourly rate multiplied by the number of hours reasonably spent. Unsympathetic judges could still reduce the requested fee substantially, which, if not outrageous, would escape reversal. The upshot was that, although I usually got a fee, the amount of the award rarely fully compensated me for the time I had expended, and the money often took a while to come in. Nevertheless, I was able to earn a modest living and continue to do mostly voting rights cases.

The court-created attorney's fee rule saw me through most of the voting rights cases I took throughout the 1970s, which I litigated in Louisiana from my New Orleans office. However, by the late 1970s, when I still had a number of fee awards pending, the Supreme Court came down with a bombshell. Lawyers litigating other types of public interest cases had begun to employ the attorney's fee rulings and in an environmental law case, Afyeska v. Wilderness Society, the Court ruled that courts could not modify the American rule that the parties bear their own attorney's cost in the absence of statutory authorization.

The civil rights lobbying forces got to work in a sympathetic Congress generating the Civil Rights Attorney's Fees Awards Act of 1976. These amendments were held to be retroactive, and I eventually collected all the outstanding fees in my Louisiana cases and used the statutes to win attorney's fees in later cases.