Post-Pandemic, but Not Post-Racial 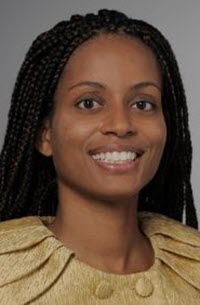 As a result of discrimination in several contexts, neighborhoods in the United States are racially segregated, causing predominantly Black neighborhoods to be under-resourced and resulting in detrimental health outcomes. Individual responsibility for mobility to leave one's current situation is evidenced by aspirational anthems such as “vote with your feet” and “pull yourself up by your bootstraps.” However, structural conditions have erected barriers to such upward trajectory for Black people and people with low or no incomes. Disparate impact theories were developed, in part, to provide recourse for obstacles that, while facially neutral, negatively affect people of color at higher rates than white people. However, when there are systems that rely on continued racism in order to perpetuate the goals of the oppressor, the weaknesses of disparate impact become evident.

This is the case with housing and voting. There are correlation versus causation parallels in the disparate impact discussion within these two systems. Although one may bring a disparate impact claim under the Fair Housing Act, the ability of a plaintiff to prevail under the Court's framework is dubious given the limited scope within which culpability lies. The Voting Rights Act of 1965 (VRA) provides relief for people of color who can show their voting rights have been restricted due to racist laws, policies, or practices. Yet, the Supreme Court's ruling in Shelby County v. Holder has eradicated the federal oversight of initially enacting such procedures. 0 Racism inherent to voting and housing systems creates cyclical, negative reverberations for Black people while providing a pathway that circumvents disparate impact liability.  The physical concentration of Black people in a community helps to provide a non-racist justification for the creation of voting districts that reduce the political power of that community.  Likewise, the reduction of political power in a community complicates the ability to effectuate the change needed to improve one's surroundings or obtain representation reflective of the community's values.  The totality of circumstances and specific causation required to prove disparate impact in voting and housing contexts, respectively, is therefore obscured by each system's reliance on the other's discriminatory patterns. Specific consequences of this regime are the adverse health outcomes suffered by its victims.

Many studies conducted regarding the effects of the pandemic proved that although COVID-19 could affect anyone, the virus and its indirect end products harmed the health and quality of life for Black people at disproportionately high rates.  This is attributable, in large part, to systemic racism.  As we move towards a post-pandemic society, it is necessary to apply this knowledge to avoid many post-racial assumptions that also lead to poor health, housing, and voting rights for people of color.

In Part II, this Article will discuss poverty inequities and the fallout of residential segregation with respect to health. Part III will describe the Fair Housing Act of 1968 (FHA) and the challenges of succeeding in bringing a disparate impact claim under this Act. Part IV will discuss the purpose of the Voting Rights Act of 1965 and the difficulties faced when asserting a claim under this Act, as well as restrictive voting measures and the relationship between voting and health. This Article concludes with an argument for a return to federal oversight of voting rights as an approach to alleviate certain racial disparities that cannot be easily mitigated through currently available channels.

The ongoing conflict between the pursuit of colorblindness and the practical approach of race consciousness continues to infiltrate the political landscape.  Despite the constitutional interpretation by the Supreme Court that generally requires states to pursue colorblind policies, it is undeniable that the experience of Black people emphasizes the necessity for race-conscious policies.  This tension should be resolved in favor of race consciousness, and restoring federal oversight to voting laws, at least in part, would be helpful in this regard. Many legislative bodies are pursuing election reforms, but there are several potential changes in the U.S. voting laws that are being considered by Congress.  Many of these new bills seek to advance racial justice, strengthen American democracy, and limit the new voter suppression laws that many states have enacted.

First, the Freedom to Vote Act, which was introduced to Congress on September 14, 2021, would require states to hold an early voting period at least two weeks prior to Election Day, increase the accessibility to absentee ballots and absentee voting, and make Election Day a public holiday.  In addition, the bill attempts to deter deceptive and intimidating practices aimed towards voters and restores formerly incarcerated individuals' voting rights. Finally, the bill includes provisions that would reform redistricting, modernize voter registration, reform campaign financing, and promote election security.  Essentially, the Freedom to Vote Act is an effort to ensure that states are complying with the democratic process.

Another potential change in federal voting laws comes in the form of the John R. Lewis Voting Rights Advancement Act of 2021.  The John R. Lewis Act seeks to fill the void left by Shelby County and strengthen the legislation as a whole.

The For the People Act of 2021 is another federal law designed to protect voter rights.  The Act (H.R. 1) passed in the House of Representatives on March 3, 2021, and was introduced to the Senate on March 11, 2021.  If passed, H.R. 1 “would make it easier to vote in federal elections, end congressional gerrymandering, overhaul federal campaign finance laws, increase safeguards against foreign interference, strengthen government ethics rules, and more.”  Many of the changes would go into effect for the November 2022 elections; however, some may take longer to install.

Suppressing the Black vote is a form of structural racism,  which complicates the individual mandates to “vote with your feet”  and “pull yourself up by your bootstraps.”  The country's history of racist laws designed to intimidate and dissuade Black votes are well-documented, and such laws have been increasingly promoted under the guise of election integrity.  Furthermore, suppressing voting rights reduces the quality of life and actual lives of Black people through reinforcing racial health disparities.  The nature of segregation permitting voter dilution, and the fact that disparate impact belies actionable change, require a more present government in order to achieve equity. Repealing and reducing restrictive voter laws increases voter turnout,  and the federal government should act to promote a true democracy and truly integrated living patterns.

Courtney Anderson is an associate professor at Georgia State University College of Law.