The Need for Federal Legislation to Address Native Voter Suppression 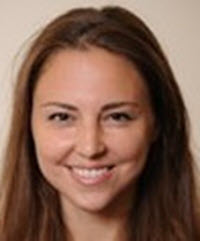 Although they were the country's first inhabitants, Native Americans were not granted U.S. citizenship until 1924. Once Native Americans were formally recognized as citizens, the Fourteenth and Fifteenth Amendments provided them with nominal enfranchisement. However, the states--the primary regulators of elections--pushed back, adopting tactics that made it difficult or impossible for Native Americans to vote. While early tactics, such as literacy tests and statutes preventing Native Americans from voting, have largely been abrogated, Native Americans continue to face considerable challenges in exercising the right to vote. States disenfranchise Native Americans and other minority communities through gerrymandering, vote dilution, voter identification laws, failure to provide language assistance, and voter misinformation or intimidation. These tactics are compounded by barriers unique to Native voters, including cultural differences in Native communities, the generally isolated locations of reservations, and longstanding Native exclusion from state economic and political life.

Native individuals and communities have primarily used litigation under the Voting Rights Act (“VRA”) to combat disenfranchisement. However, not every voting-related problem can be litigated, and litigation is expensive, time consuming, and may not provide lasting solutions. Native communities need a legislative fix, and this fix must come from Congress. States, which are charged with administering elections at the local, state, and federal level, have long histories of suppressing the Native vote and cannot be trusted to enact and enforce legislation protecting Native Americans' access to the ballot. Federal legislation can address the manifold issues that inhibit Native Americans' full participation in the political process by ensuring fair placement of polling locations, accepting Native forms of identification in voting, and implementing a limited preclearance regime for state election laws that would affect Native communities.

From the time Native Americans were granted U.S. citizenship, states have made it difficult for them to fully participate in the political process. State tactics have included requiring identification to vote and register, situating polling locations far from tribal land, skirting the VRA's language assistance requirements, gerrymandering or otherwise seeking to dilute the voting power of Native communities, and misinforming or intimidating Native voters. These tactics augment structural barriers Native Americans face to being full participants in the political system. The VRA has been Native Americans' key tool for combatting voter suppression. However, the decision in Shelby County and other doctrinal developments in VRA jurisprudence have made that legislation a less potent protector of voting rights. Litigation-- another tool deployed by Native communities--has varied pitfalls as well: it is costly, time-consuming, and does not always provide lasting solutions.

To equalize access to the ballot, Native Americans need enduring solutions to these issues: a legislative fix. Because states have historically been the primary perpetrators of Native voter suppression and continue to exhibit animosity toward tribes and tribal members, they cannot be trusted to enact and enforce Native voting rights legislation. Congress, which has both the authority and the responsibility to protect Native rights, has the power to pass legislation that regulates elections. It must leverage these powers and act now to address the grievous civil rights violations preventing fair representation for Native communities.