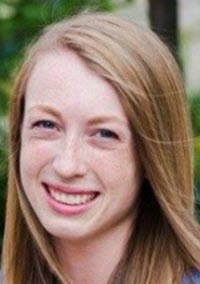 North Dakota's voter ID law made national headlines in the weeks leading to the 2018 midterm elections. Heidi Heitkamp, incumbent U.S. Senator and moderate Democrat from North Dakota, was fighting for her Senate seat in a largely Republican state where many of her former supporters had abandoned her after she voted against Justice Kavanaugh's confirmation to the U.S. Supreme Court. Native Americans, who constitute five percent of North Dakota's population, formed a critical part of Heitkamp's base in the 2012 elections. In 2013, within a year of Senator Heitkamp's reelection, and shortly after a Supreme Court decision gutted the heart of the 1965 Voting Rights Act, the North Dakota legislature enacted one of the strictest voter ID laws in the country.

Under North Dakota's 2013 law and its 2017 modification, a voter must present one of four forms of ID with a residential street address to vote. The state does not provide any fail-safe mechanisms, such as allowing voters to cast provisional ballots, to permit otherwise-qualified individuals without a street address to vote. The law immediately disenfranchised thousands of Native American voters. In several rural portions of the state, including parts of five reservations, the U.S. Postal Service does not deliver to homes, and many residents do not have formal residential street addresses. Residents of these rural areas typically use P.O. boxes to send and receive mail, and P.O. box addresses are not acceptable under the new law. North Dakota is one of only a handful of states without any fail-safe mechanisms that would permit voters without qualifying IDs to cast a provisional ballot. These voters must return within a short specified time period, with the appropriate ID in hand, to cast a vote.

This Note's analysis will focus on the North Dakota situation through the lens of the recent Brakebill v. Jaeger litigation, which ended when the Supreme Court allowed the voter ID law to stand on the eve of the 2018 midterms. This section will begin with a detailed analysis of Brakebill. It will then critique the Eighth Circuit's constitutional analysis by explaining that the court failed to adequately address the disproportionate burdens of the law on Native Americans, overplayed a hypothetical risk of voter fraud, and did not address the constitutional issues posed by fees for obtaining all-qualifying IDs. Next, this section will examine prospects for a Voting Rights Act section 2 claim in future litigation, which Brakebill did not reach on the merits. Finally, this section will propose that Congress adopt the 2019 Native American Voting Rights Act.

The new Congress is paying attention. This April, a U.S. House elections subcommittee conducted a field hearing on the Standing Rock Sioux Reservation in North Dakota--part of a series of field hearings on voting rights issues across the country. Here, House members listened to tribe members and local representatives describe ongoing voter discrimination.

Hopefully, shifting public opinion across the country, new members of Congress, and the judiciary will together make progress on Native American voting rights as the 2020 election approaches.