The Blinding Color of Race: Elections and Democracy in the Post-Shelby County Era 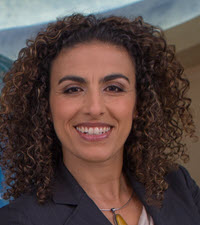 Decades after passage of the historic Voting Rights Act (VRA), so much has changed. And yet, so much remains the same.

Racial minorities are registering to vote and turning out at the ballot box in record numbers. Nevertheless, they remain under-represented in local elected positions and virtually excluded from national and state political positions. Latinos, for example, are the largest racial minority in the U.S. at approximately 17% of the population, but only 3.3% of elected political positions are held by Latinos. In states that the VRA until recently covered, such as Texas, Alabama, Mississippi, and Louisiana, African Americans held 11 %, 25%, 30%, and 18% of elected positions, respectively; although the proportion of their state populations are higher at 12.3%, 26.5%, 37.4%, and 32.4%, respectively.

African Americans are also graduating from college at higher rates now than ever before. Nevertheless, the socio-economic disparities between blacks and whites are alarmingly stagnant when compared to the 1960s. Black workers earn on average half as much as their similarly situated white counterparts. The average wealth of a black family is one sixth that of a white family. 77.4% of those living in poverty in the United States are racial minorities compared to 22.6% who are white. Also, 54% of the prison population is non-white even though racial minorities comprise only 37% of the total U.S. population. While some Americans may still harbor racially-biased explanations for such disparities, ranging from inferior abilities, laziness, to genetic propensities to violence; open expressions of such biases have become more taboo now than fifty years ago.

When presiding over cases involving explicit forms of racism, courts consistently strike down the attributable policies and practices. However, many judges fail to recognize more stealth and subtle expressions of underlying racial prejudices. Negative stereotypes of racial minorities as lazy, ungrateful, incompetent, violent, dishonest, or inassimilable infiltrate decision making processes in schools, workplaces, media, and politics. Collectively, this produces institutional racism that keeps many racial minorities in perpetual poverty. The social problems that arise from poverty serve to reinforce the negative stereotypes, which in turn perpetuate the socio-economic racial disparities. And thus, the cycle continues, leaving racial minorities, as a group, noticeably worse off than their white counterparts nearly fifty years after the passage of the VRA.

Modern-day tactics and mechanisms intended to keep certain races politically marginalized, arising either from partisan interests or negative stereotypes, contribute to minorities' continual electoral disenfranchisement. For if racial minorities have meaningful access to the ballot box, such that they are collectively able to select those elected to office, then they may change the laws, policies, and practices that produce systemic racial disparities in wealth, education, employment opportunities, and a host of other contexts. Fully cognizant of the relationship between political empowerment and material disparities among races, the drafters of the VRA sought to leverage the power of the federal government to level the electoral playing field at the local and state level. Furthermore, the VRA was not merely about protecting the mechanics of voting, but rather an acknowledgement that certain privileged groups, i.e., powerful whites at the time, would continue to attempt to disempower other groups, particularly blacks during the 1960s, through various techniques that would evolve with time and changing circumstances.

Notwithstanding significant progress made in decreasing overt discrimination, discriminatory tactics aimed at disempowering minority voters continue to plague the American electoral process. From unnecessarily stringent voter identification laws, restrictions on early voting, and limits to same day registration to redrawing legislative districts for purposes of segregating races; the problems the VRA originally aimed to address are still pertinent today. While the explanations provided for adopting such practices may appear race-neutral, the underlying objectives are far from it. In fact, the state legislatures' claims that voter ID laws prevent election fraud, which rarely occurs. Moreover, election fraud is already criminalized. All the while, these adopted measures seem to consistently have a negative impact on minority voter turnout. Nueces County, Texas, provides a recent example for gerrymandering that negatively impacts minorities other than African-Americans. After the rapidly growing Latino community surpassed 56% of its population, the county changed local election districts to dilute the strength of Latino votes. In the end, predominantly white decision makers are rewriting election rules to dilute the votes of racial minorities.

The result is minority voters' inability to collectively elect representatives whom they can hold accountable if they fail to incorporate minority communities' needs into the political agenda. And yet when presiding over voting rights cases, judges appear to lack understanding of the discriminatory effect of pretextual attempts to disenfranchise entire communities. Indeed, Judge Posner, who played a role in drafting the opinion in Crawford v. Marion County Election Board in 2007 that upheld the Indiana voter ID law, admitted that he was “one of the judges who doesn't understand the electoral process sufficiently well to be able to gauge the consequences of decisions dealing with that process.” As a result, he clarified that in light of new evidence demonstrating discriminatory impact, he could no longer be confident that the decision was correct.

Rather than acknowledge the plethora of evidence that shows a continuation of pervasive discriminatory electoral processes, albeit in different forms than five decades ago, the U.S. Supreme Court in Shelby County v. Holder adopted the flawed colorblind narrative that focuses on form over substance. That is, so long as racial bias is not overt or egregious, the Court seems to treat it as non-existent. One is thus left questioning whether the Court's refusal to acknowledge racism causes it to believe that racism will somehow disappear. Minimal effort need be made to scratch beneath the illusive race-neutral surface to inquire into the purposes of policies that systematically produce racially disparate outcomes. Similarly, the Court does not feel obligated to inquire why economic, educational, and economic disparities continue to prevail along racial lines five decades after the civil rights movement. To the extent Justice Roberts acknowledges discrimination exists, he mistakenly does not deem it sufficiently severe to warrant a continuation of the preclearance regime. However, the facts from various states show otherwise, as shown in Justice Ginsburg's dissent in Shelby.

But all of this begs the question: why do electoral processes matter so much that over 48 amici briefs were filed in Shelby, a plethora of news articles were written about the case, and civil society organizations mobilized across the country to defend the VRA? Are the stakes at issue in Shelby merely about abstract notions of state sovereignty, the mechanics of voting, or something much larger that implicates every person in the United States and defines the character of the nation? In answering these questions, Americans as a collective have a mutual interest in seeing the forest from the trees. Failure to do so could risk falling into the treacherous pitfalls experienced by other nations who face insurmountable obstacles in achieving democracy due to electoral processes deemed illegitimate by their populace.

Ultimately, the majority in Shelby County lost sight of the objective of the VRA. This historic law was not merely about preventing the most extreme levels or forms of discrimination, but rather having in place a regime that is preventative in nature so as to ensure discrimination continues to decrease and eliminate the possibility of returning to a period of systemic disenfranchisement. The VRA served the nation's existential need to equalize every citizen's ability to shape the rules governing her society through elections.

By dismantling a vital mechanism that propelled our nation toward achieving the cardinal democratic principle of equal citizenship for all Americans, the Shelby County Court set our nation back.