Neo-colonialism, Same Old Racism: A Critical Analysis of the United States' Shift Toward Colorblindness as a Tool for the Protection of the American Colonial Empire and White Supremacy

Excerpted From: Marissa Jackson, Neo-colonialism, Same Old Racism: A Critical Analysis of the United States' Shift Toward Colorblindness as a Tool for the Protection of the American Colonial Empire and White Supremacy, 11 Berkeley Journal of African-American Law & Policy 156 (2009) (223 Footnotes) (Full Document) 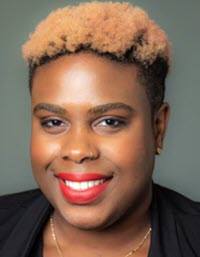 “But once we have taken note of the situation, once we have understood it, we consider the job done. How can we possibly not hear that voice again tumbling down the steps of History: It's no longer a question of knowing the world, but of transforming it.”

In the 1950s, Franz Fanon boldly asserted: “There is a fact: White men consider themselves superior to black men.” Over five decades later, a majority of white Americans would deny this, but such heartfelt denials are often betrayed by social realities. The difficulties many African Americans experience in their private lives because of their racial identities became a topic of public debate during the course of Barack Obama's historic candidacy for President of the United States. Then-Senator Obama was largely dismissive of the racism directed toward him during his campaign, and often refused to combat it in a straightforward manner. Angela Harris noted, before President Obama's victory, that he was “able to appeal to both white and African-American audiences” on account of his racially ambiguous appearance. Obama's transcendence of race was likely a key ingredient to his victory. While Senator Obama's successful candidacy demonstrates progress for African Americans in the United States, it is troubling that he had to become ambiguous in his stance on the racism he faced during his campaign in order to remain politically viable.

Ironically, the election of a black President in the United States might suggest to some that America is beyond racism and might further remove racism from American discourse, even as there has been a dramatic racist backlash against the election of the nation's first black president. According to Woody Doane, “claims that race is irrelevant in a 'united America’ potentially make it unpatriotic or even subversive to raise questions of racial injustice.” Further, “[r]ace is defined as an illegitimate topic for conversation” under a color-blind order, and “those who are conscious of race or who inject racial issues into a debate may be accused of complaining, of seeking special treatment, or 'playing the race card,’ or even of being racist.” President Obama's opposition found that “the 'denial’ or 'strategic avoidance of race’ was an effective political strategy for legitimizing the persistence of white hegemony” as they subjected him to racist stereotypes, questioned his religious beliefs and his wife's college thesis while accusing Obama of playing the race card on the rare occasion that he addressed such attacks. Colorblindness--removing race from public discourse while leaving racism intact--is the source of his dilemma.

Patricia Williams illustrates the impact of colorblindness on a personal level, by sharing an experience she had while attempting to obtain a home loan. When she was mistaken for a white person, her loan was approved with ease. However, when she sought to correct the mistake, she suddenly no longer qualified to receive the loan on its original terms--not because of race, but because of “increased risk.” In a style reminiscent of Césaire, Williams shares her frustration and, in so doing, further articulates the suffocating impact of colorblindness upon racial minorities:

“Predictive indicator,” assert the keepers of the gate.

This Note seeks to: (1) explain the shift in American law and politics towards colorblindness via definition and discussion of colonialism, and (2) acknowledge the United States' past and present identity as a racist colonial state.

Colonialism supposedly died during the mid-twentieth century, and racism is supposedly also becoming obsolete. However, white supremacy and colonial empire exist in symbiosis: empire depends on the creation of race and maintenance of racial hierarchy, and to the extent that racism exists in the United States, colonialism is also present.

This Note will demonstrate that both have managed to veil and transform themselves, and continue to be fundamental to American liberal democracy. In the United States, colorblindness is becoming an increasingly effective tool, employed by those who have an (unconscious or conscious) interest in maintaining the white supremacist order upon which American liberal democracy has been established. Colorblindness pretends that race and racism do not exist, and removes them from the discourse, even as racism continues to flourish. In particular, the shift of the United States Supreme Court from anti-racism to colorblindness has created a legal order in which racism is increasingly difficult to prevent, prohibit, or prosecute.

The Note will begin with a discussion of colonialism, its roots in white supremacy, and its link to American liberal democracy. It will then analyze shifts in the American approach to racism by analyzing the decisions of the Supreme Court of the United States. The Note will examine decisions over the course of three time periods: the pre-civil rights era, the civil rights era, and the present post- civil rights, neo-conservative era. This discussion will capture the Courts' shifts as paradigms under which it managed America's colonial-inspired liberal democracy. The Note will illuminate the manner in which Supreme Court rulings reflect or catalyze shifts in theory and policy sustaining a white supremacist legal order. Finally, using France as an illustrative model, the Author recommends a move away from colorblindness and the present neo-colonial order in the United States towards an approach that is decidedly anti-racist and post-colonial.

There are different reasons for the adoption of colorblind theory, rhetoric, and policy by the United States Supreme Court, elected officials, and the American masses. Some mistakenly believe that the way to destroy racism is to will away race. However, there are also those who would preserve America's racist status quo, by concealing it with colorblind policies which actually sustain white supremacy. Colonialism, with all of its white supremacist faces and mechanisms, demands an aggressive response from all levels of American society, beginning with the courts.

True democracy, and equality for all, can be achieved through radical societal transformations, such as those recommended here. Radical change will always face some opposition, and those who seek to destroy the status quo may be labeled unpatriotic or worse. As Eduardo Bonilla-Silva cautions in encouragement to his readers, “The ride will be rough, but after your eyes have been opened, there is no point in standing still.”