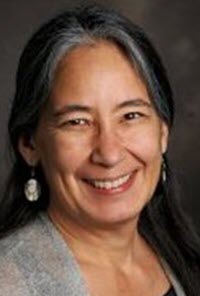 Xenophobia is resurgent, globally and within the United States, targeting individuals and groups based on their perceived “foreignness.” In 2016, experts warned the United Nations General Assembly of a worldwide resurgence of racism and xenophobia targeting migrants, refugees, people of African descent, and others. The effects of this resurgence are evident in every part of the world, including the most powerful settler states.

In 2020, manifestations of xenophobia increased in the United States with the spread of the coronavirus (COVID-19). For example, in March, not long after the World Health Organization declared the coronavirus to be a pandemic, a teenager stabbed three Asian Americans, including children aged two and six, in a Texas store “because he thought the family was Chinese, and infecting people with the coronavirus.” This did not deter President Donald Trump from continuing to refer to the disease as the “Chinese virus.” Shortly thereafter, one group tracking hate crimes reported 650 instances of anti-Asian discrimination or harassment in just one week. Such attacks are not limited to those presumed to be Chinese or even Asian, as illustrated by a young white man's April 2020 Facebook post calling upon his fellow Arizona residents to “shoot to kill these Navajo [who] are 100% infected with the Coronavirus.”

American Indians have long been depicted in settler discourse as internal enemies and, ironically, the resulting stigma of “foreignness” still follows those Indigenous to this land. Thus, for example, in July 2020, American Indian activists and their allies gathered in the Black Hills (Paha Sapa) of South Dakota to contest the president's visit to Mt. Rushmore were met by Trump supporters vehemently insisting that they “go home.” The monument, which symbolizes genocidal expansionism and defaces lands sacred to the Lakota people, is located on unceded Indian land within the boundaries identified by the Fort Laramie Treaty of 1868, but this was, apparently, irrelevant to those confronting the Lakota Treaty defenders.

These are but a few examples of the xenophobia that permeates so much of American culture today. Over the past few years, toddlers have been ripped away from their parents and held in cages, and the government shut down over how much more money should go into a southern border wall. Central Americans fleeing gang-driven violence are described as terrorists and drug lords. Muslims are persistently viewed as terrorists and regularly targeted, sometimes lethally, by vigilantes as well as by law enforcement agencies. And in the meantime, people of color from all backgrounds are routinely told to “go back” to where we came from. Why has xenophobia been so persistent throughout United States history?

This essay uses the experiences of people of color within the United States to begin an analysis of the structural drivers of xenophobia in settler states. Xenophobia has always been deeply entwined with racism, but it has also maintained a life of its own. In the Angloamerican settler colonial project, racism has consistently been invoked to justify the appropriation of Indigenous lands and resources, the enslavement of American Indian and African peoples, the exploitation of other peoples of color, and the restrictions placed on citizenship and immigration. In light of this history, why do we also have xenophobia? What does xenophobia accomplish that racism alone does not?

In this initial exploration, I assume that in the United States, xenophobia, like racism, serves many purposes and that developing effective remedies requires an understanding of these purposes. Xenophobia is a product of empire that serves to legitimize the existence of colonially-derived states, including the United States. It empowers the state by providing external threats to combat when internal divisions threaten social stability, allowing exceptions to constraints on the use of state power, creating justifications for massive “defense” and surveillance expenditures, and diverting attention from the real costs and consequences of empire.

Thinking carefully about the “why” of xenophobia--why it persists and why it takes particular forms--is important because its perceived (or implicit) social utility is the source of its power; its functions, or purposes, give us vital information about how that power can be diminished. In the United States, racism is frequently condemned, in theory, if not in practice. In one form or another, this has been true at least since the Reconstruction era, when the Fourteenth Amendment's promise of equal protection under law was quickly subverted by the Supreme Court's narrow interpretation of the Reconstruction Amendments and its protection of legally mandated apartheid. However, discriminatory measures targeting people on the basis of their “outsider” status rather than their racial identity or ethnicity are met with more ambivalence.

A common presumption is that the damage wrought by xenophobia is best addressed by inclusion and absorption into the dominant society. However, because xenophobia reinforces a “national” identity, it may be that, somewhat counterintuitively, it furthers the interests not only of those who envision the United States as an explicitly racial project but also those who believe themselves committed to an assimilationist, “postracial” future. This essay provides a preliminary exploration of the thesis that if a primary purpose of xenophobia is to consolidate and maintain structures of internal colonial rule, it will be best countered not by the assimilation of those deemed Other, but by the recognition of their right to “freely determine their political status and freely pursue their economic, social and cultural development”--in other words, by supporting their right to self-determination.

Xenophobia is a phenomenon integrally related to race and empire. It is generated by and, in turn, fuels the dynamic of difference that always undergirds colonial and neocolonial occupation and exploitation. Xenophobia serves to legitimize and empower states rooted in the colonial world order, including the contemporary American settler state. These dynamics are worth exploring because understanding them will allow us to counter the xenophobia that has been so persistent throughout U.S. history.

Thus, for example, some variant of assimilation or “multiculturalism” is usually presumed to be the most effective response to xenophobia. However, to the extent that its contemporary manifestations are rooted in, legitimize, and empower settler colonial relations, proposed solutions that reinforce the settler state will further entrench xenophobia. This means that assimilationism--or approaches that focus on inclusion rather than decolonization--may, in fact, exacerbate the problem. This is because assimilationism reinforces the hegemony of an on-going occupation that relies upon the subjugation and/or disappearance of those deemed Other. There are no quick fixes for, as Achiume notes, “[f]ully confronting” the challenges of xenophobia “requires a radical rethinking of the relationship between territory and political community.”

In the meantime, as we work towards that radical rethinking, there is nothing to be gained by reinforcing that which needs to be dismantled. For example, rather than reinforcing the legitimacy of the state by claiming-- counterfactually--that this has always been a “nation of immigrants,” we can interrogate its claimed prerogative to assert jurisdiction over indigenous lands and peoples. Mobilizing against external enemies can be a tactic for diverting attention and resources from the disparities caused by structural racism. In such cases, we can insist on policies and practices that redress those disparities, rather than believing that, somehow, if we join together in a “national” cause, racial prejudices will dissipate.

We can openly and vigorously defend those--like Kaepernick--who question mandatory displays of allegiance to a state incapable of protecting its residents from its own security forces. We can refuse to accept otherwise unlawful or unconstitutional state action, or the channeling of public funds into massive “defense” projects simply because the government invokes the mantra of national security or domestic terrorism. Finally, rather than waiting for the consequences of American empire to find their way back home, we can insist that state resources be used to protect and defend those who are most vulnerable. We cannot know which options will prove most effective, but an analysis focused on structure and function reveals many ways to deny xenophobia its power. And that, I believe, is a good place to start.