Operating Within Systems of Oppression 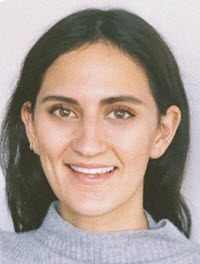 Before I begin my analysis into systems of oppression, I must acknowledge the sacrificial blood, sweat, and tears of the generations of women before me. I will be reflecting on my experiences and responsibilities as a white cis woman, while highlighting works by Black feminists, Critical Race Theorists, and scholars focused on race, gender, and sexuality. Instead of celebrating my self-awareness, I choose to uplift the perfectly strung together words of those I have learned from in order to decenter myself. So, although I will be drawing from my personal experiences, it is important to acknowledge that feminism is too often centered around and for the benefit of white women. Mikki Kendall writes, that “white feminism tends to forget that a movement that claims to be for all women has to engage with the obstacles women who are not white face.” With that, I will be focusing primarily on how our society founded on white heteronormative male supremacy marginalizes and erases Black women.

From the women's suffragist movement to the nomination of Donald Trump, white women repeatedly choose the benefits of whiteness over solidarity with Black women, Indigenous women, and women of color. “The suffragist heroes Elizabeth Cady Stanton and Susan B. Anthony seized control of the feminist narrative of the 19 century” rendering “nearly invisible the [B]lack women who labored in the suffragist vineyard.” White “suffragists found themselves on opposing ends of the equal-rights battle when Congress passed the 15 Amendment, enabling [B]lack men to vote (at least, in theory)--and not women.” Recent data shows us that 46% of white women voted for Donald Trump in the 2020 Presidential election, despite the harms he enacted on women, compared to 5% of Black women, 27% of Asian women, and 30% of Latinx/Hispanic women. No matter how many years pass, white women will always have a relationship with white supremacy, one that we can subscribe to and reproduce, or actively reject. Although many of the readings I draw from are decades old, the years that pass do not deplete the message; systems of oppression have both stayed the same and transformed.

In this note I will explore the concept of progress, what it is that we are moving towards, or if we are even moving forward at all. Every time we break the ceiling, is another one built? Or are these barriers already in place waiting to be broken to disillusion us into believing the sky is ever in reach? In my analysis I will first examine the property rights of whiteness and male supremacy, whether these rights are achievable, if we even want them, and if not, are there alternatives? Then I will address how we navigate systems of oppression and how those oppressive systems capitalize off of trauma. When we work within the system, are we lending legitimacy to the oppressor? If so, does working outside of the system place us exactly where they want us? I reflect on these questions not in search of one direct answer, but to recognize my relationship with white supremacy as a white cis hetero woman, and to understand how to navigate systems of oppression that I continuously benefit from and contribute to.

Growing up, many of us are taught to not see our differences, a teaching of colorblindness, which results in those of us who are privileged not seeing the variations of discrimination and oppression. When we say we are colorblind, we are not only ignoring the ways in which racism exists, but we are also telling people who are negatively racialized that they are invisible, by “denying the very fabric of their being.” White women often perpetuate this problematic practice through colorblind sisterhood--we are all one, fighting the same fight. Audre Lorde states, “[a]s women, we have been taught either to ignore our differences, or to view them as causes for separation and suspicion rather than as forces for change.” We need community to reach liberation, “[b]ut community must not mean a shedding of our differences, nor the pathetic pretense that these differences do not exist.” Academic feminists often fail “to recognize difference as a crucial strength [which] is a failure to reach beyond the first patriarchal lesson. In our world, divide and conquer must become define and empower.” Ignoring our differences, and the ways we benefit from oppression will only make us vulnerable to the oppressors.

In order to dismantle the systems of oppression that we work within we have to evaluate the roles we play and the tools we use within the system. “We must work to unlearn the harmful narratives we've been taught and that we created in response to white supremacy.” We need to carry the weight in whatever way we can and confront the consequences of our silence. When we sit in our classes of predominately white peers, generally led by white professors, we have to use the power we hold as white women to push back on oppressive norms. We have to challenge our professors and deans when they fail to properly address the disparities within the law, which they too often do. Because if we don't, the alternative is to participate in the mental and emotional abuse of our peers. “Mainstream communication does not want women, particularly white women, responding to racism. It wants racism to be accepted as an immutable given in the fabric of your existence.” We cannot bend to the system and let it use us as pawns to white supremacy.

“Every woman has a well-stocked arsenal of anger potentially useful against those oppressions, personal and institutional, which brought that anger into being.” As women, our emotions and reactions are constantly policed, even more so for women whose identities are negatively racialized. Tone policing is a way to invalidate someone for communicating in an emotionally charged manner. Tone policing is also a tool used by the oppressor to “[undermine] anti-racism efforts because it can cast doubt on the validity of statements of oppression, racism, and discrimination” by implying that the “message holds no value if [it] is accompanied by emotion.” But “we cannot allow our fear of anger to deflect us nor seduce us into settling for anything less than the hard work of excavating honesty.” “[A]nger expressed and translated into action in the service of our vision and our future is a liberating and strengthening act of clarification.” Racist tropes of the 'angry Black woman’ and 'angry woman of color’ make it much more exhausting for Black women, Indigenous women, and women of color to speak up, especially in institutions that work to silence them. Often for women who are negatively racialized, expressing anger can be dangerous, which makes it even more important for white women to use our anger as a tool to push back against oppressors and to normalize the expression of emotions.

Embracing our anger as women is in itself a rejection of one of the master's many tools. Issues surrounding the racist and sexist status quo of the law can broadly be attributed to the objectivity standard based on white hetero male thought. As law students we are purposely taught to take into practice the black letter law without thinking about the Black, Latinx, women, immigrants and other marginalized communities who were written out of the law and oppressed by it. Beginning in the classroom, white women need to push back on the objective and challenge our professors and administrations to speak on the subjective harm created by our legal system.

So far, I have expressed how we should reject the master's tools while working within his home, falling in line with Audre Lorde's distinguished statement that the “master's tools will never dismantle the master's house.” So is tossing out the tools that built and maintain these oppressive systems the only true way to work within them? I am of the belief that we may have to use the master's tools as a point of entry, but it is from there that we have to acknowledge our place within the system and repudiate the status quo. In order to find our role, we need to appreciate our differences and act accordingly. For women who are negatively racialized, just existing in these abusive institutions should be enough. Lorde states, “[f]or in order to survive, those of us for whom oppression is as American as apple pie have always had to be watchers, to become familiar with the language and manners of the oppressor, even sometimes adopting them for some illusion of protection.” Assimilation and the use of the master's tools is generally necessary for many people to survive within oppressive systems.

In a country based on individualism and nationalism, forms of dissent are often met with the suggestion to just 'get out.’ But where does that then leave us? Take law school for instance, if we collectively decided to avoid working within the legal world because of its history of maintaining white male supremacy, then it would just further maintain the status quo of white men in power. I cannot say it definitively, but I am leaning towards the belief that these predominately white male spaces need to be infiltrated first and then dismantled. That being said, those of us who can participate in these institutions without it causing detrimental personal harm, are the ones responsible for abolishing the status quo.