White Vigilantism and the Racism of Race-Neutrality 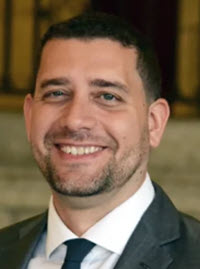 LatCrit saved my life. It has provided an intellectual home to critically examine systemic racism while creating a community of activists, lawyers, and academics steadfastly committed to racial justice. The annual LatCrit conference has long represented a safe space in which new ideas can be discussed free from hostility, in which mentorship can take root, and in which new research and advocacy projects can be nurtured. I began attending LatCrit conferences while still in practice over seventeen years ago. While I quite enjoyed practicing commercial and immigration law, as a former schoolteacher for at-risk and low-income students, I was desperate to find ways to use my legal degree to advance racial and economic justice. LatCrit was a revelation, and through its conferences I was encouraged by many of my future mentors (including LatCrit luminaries Angela P. Harris, Emma Coleman Jordan, Camille Nelson, and Kevin Johnson) to enter academia in order to research how the law can respond to social inequality. I am still learning about the nature of race and racism after all these years, with LatCrit providing the core foundation for critical race pedagogy and advocacy within legal academia.

This Article contemplates why our laws continue to support white supremacy and how norms of race-neutrality can operate to normalize inequality and discrimination in response to crises. It suggests that the deployment of race-neutrality itself can been seen as a response to crisis--such as it was when the Moynihan Memorandum called for a period of “benign neglect” on matters of racial justice in response to the perceived “crisis” of formal racial equality.

I presented my ideas on how our social and governmental responses to crises operate to entrench and normalize racial inequality during the 2021 LatCrit conference. I advanced three primary claims about race and why we have not transcended racial inequality. One, I posited that what we think of as “race” developed over time to mediate the inherent contradiction between the norms of universal equality that undergird our society and the persistence of socioeconomic inequality. That is, I argued that the modern concept of “race” is not only socially constructed (which has been thoroughly established following the post-War's rejection of biological race theory), but evolved over time to navigate the particular contradiction of democracy between equality and inequality. Liberal democratic egalitarianism thus depends, I suggested, on the persistence of widespread racism in society.

Second, I argued that crises--such as the COVID-19 pandemic, economic recessions, seeming outbreaks of crime, and the current crisis of American democracy--can activate cognitive schemas that lead to social backlash against racialized populations, which then inform governmental responses that are often discriminatory and end up further entrenching racial inequality. I suggested that the expression of racism--whether in response to crisis events or not-- serves important structural and psychic purposes. In particular, I argued that legal and governmental responses to emergencies often are ritualistic public spectacles that serve to stabilize societies reeling from crises while typically relying on the objective veneer of science to appear neutral, natural, and necessary.

And finally, I theorized that the modern endurance of racism in democratic societies ostensibly committed to equality can be traced in part to those racialized socio-legal responses to crises that often rely on the apparent neutrality of science to normalize racial inequality. And while I ultimately concluded that racism may well be permanent (to paraphrase one of the founders of Critical Race Theory, the late Derrick Bell, Jr.), I also claimed that the practice of race consciousness, combined with strategic litigation and targeted legislation, can allow us to disrupt these currents of racism.

Following an engaging discussion on “crisis opportunism” and race after my panel at the LatCrit conference, I felt it both timely and appropriate to adapt my argument to the recent murder prosecutions of Kyle Rittenhouse and the defendants ultimately convicted in the death of Ahmaud Arbery.

The killings of Ahmaud Arbery, Trayvon Martin, and too many other Black and Brown people have shown that it is not enough to merely tweak our existing laws when confronted with racial vigilante violence in reaction to perceived social crises. Rather, we must end the legal grounds for racial vigilantism through a repeal of citizen arrest laws, a radical reform of our self-defense laws, and the elimination of peremptory juror challenges. The criminal prosecutions of Kyle Rittenhouse and the killers of Ahmaud Arbery have exposed not only how white vigilantism works in tandem with subjective notions of reasonableness to encourage racial violence, but also how the law's steadfast focus on “race neutrality,” rather than racial justice, has operated to insulate racial bias from critique.

Professor of Law, University of Pittsburgh, School of Law.